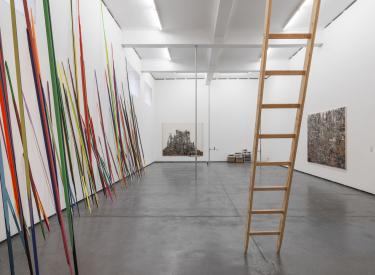 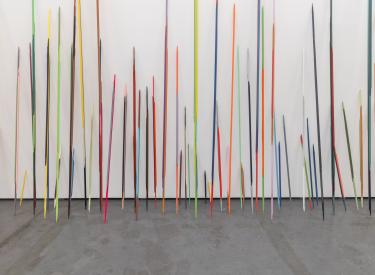 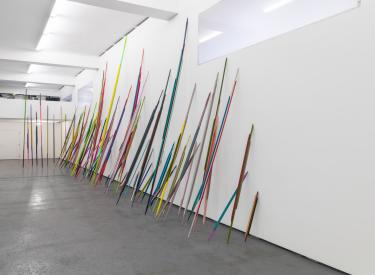 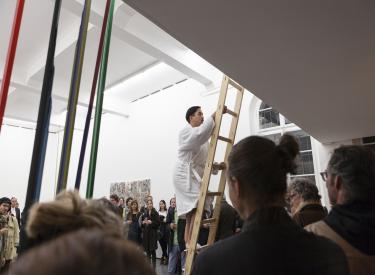 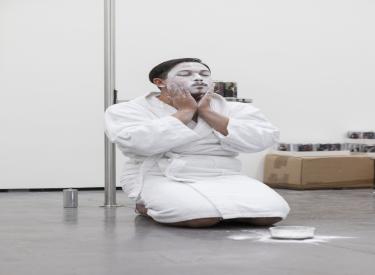 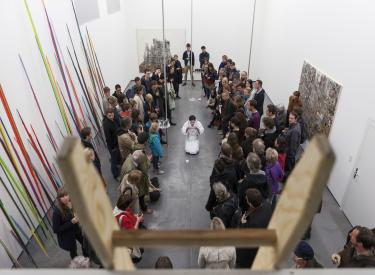 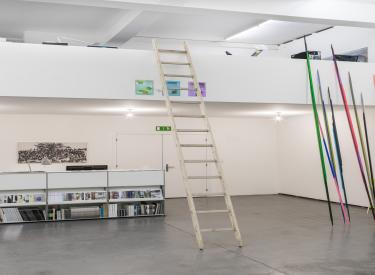 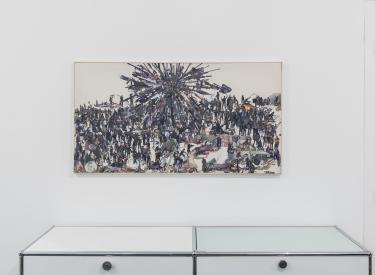 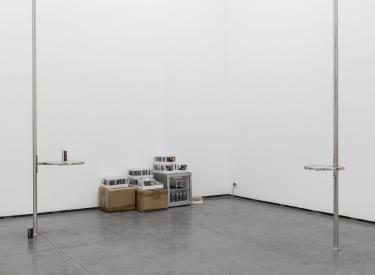 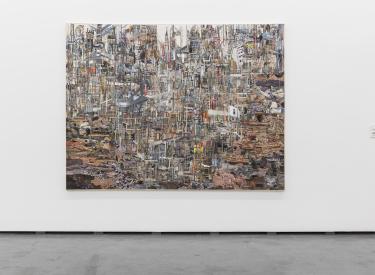 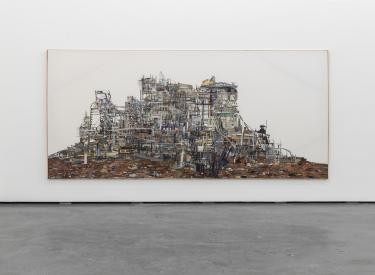 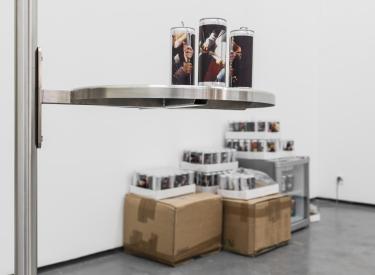 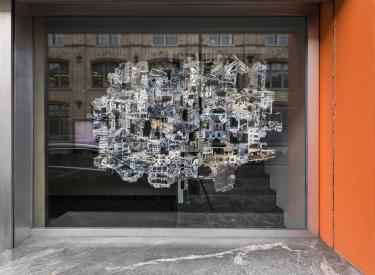 A fragmentary, temporary element runs through Kathrin Affentranger‘s piece, ‚Untitled‘ (Ohne Titel; acrylic on wood, 2014). The thin, brightly coloured staves with their sharp tips are held in a precarious balance which may be upset at any moment. Javelins or spears come to mind at the sight of these innocuous yet aggressive, fear-inspiring objects. They transform the gallery, which appears to rise to infinite heights.

Performance artist Gregory Hari does not call attention to himself. He simply is – unobtrusive yet impossible to overlook. His silent actions are narratives with a beginning, a middle and an end. Something happens. Often inspired by the artist‘s own life experiences, the ‚something‘ varies from one performance to the next. Hari may embody cultural philosopher Gerhard Johann Lischka‘s observation that the media globalisation has transformed human beings themselves into media, constantly forcing people to act out their own lives as if they were performances.

Images of current world events loom large in Nicole Michel‘s large-scale and painstakingly precise collages. Resorting to Dadaist techniques involving paper, scissors and paste, the artist finds her images in current magazines and newspapers, or systematically trawls the internet for suitable illustrations. Michel does not wag her finger in admonition; her unprescriptive works encourage the audience‘s subjective perception and associations.

Jessica Pooch‘s works often draw on her observations of details in the public arena. Her new piece for ‚Position 5‘ hinges on the accidental, everyday juxtaposition of objects in the urban space. Zürich‘s waste-bin lids provided the template for structures on which her photographic works can be placed and displayed, and which also encourage the audience to stop and pause. Contextualising the urban setting, her work is informed by her interest in how the individual behaves in a social context, and in the interface between private and public spheres.

Fully aware of the forms and significance of their works, these four artists instil new content and meaning into their creations, destabilising and questioning the customary and familiar. 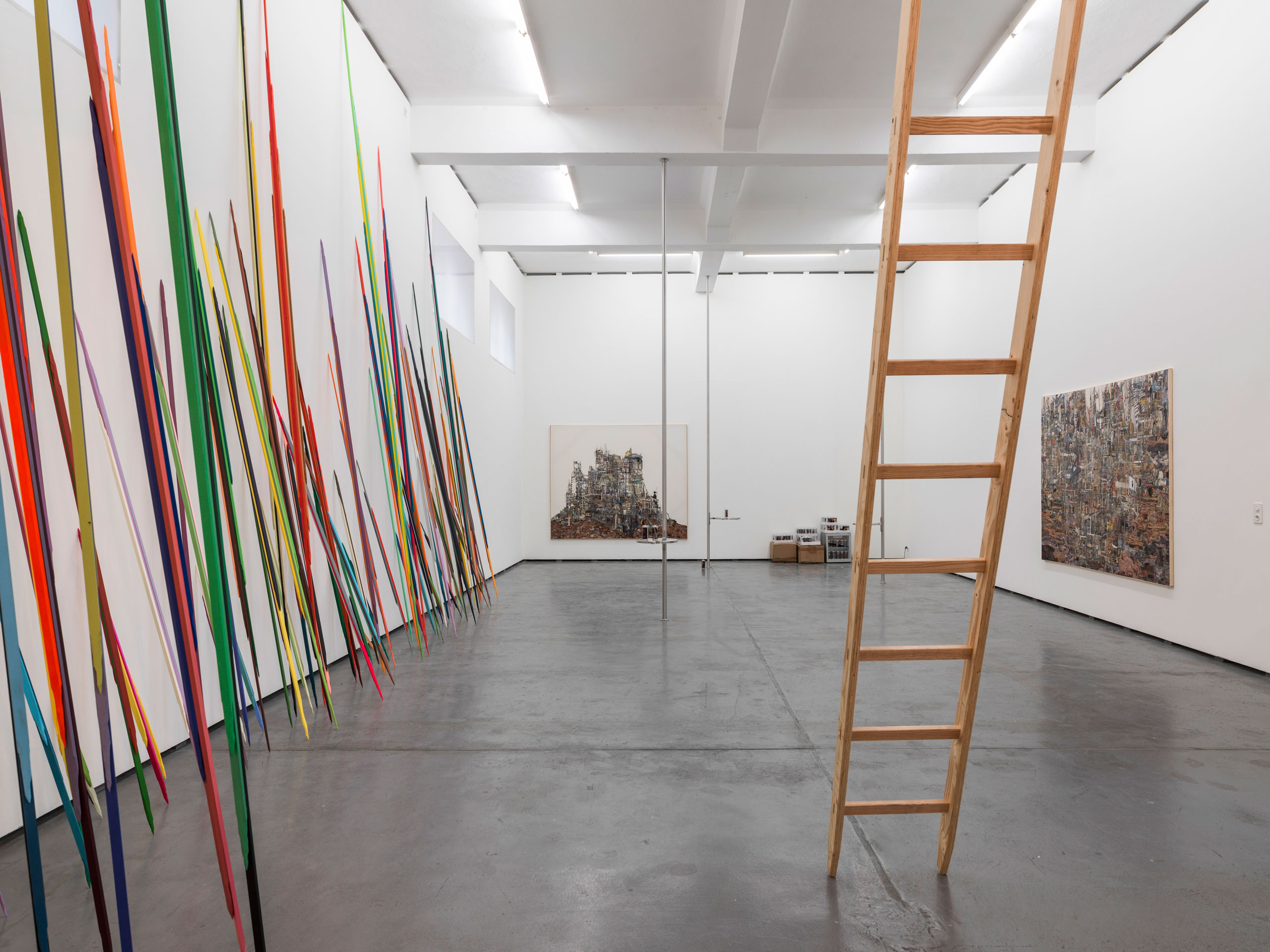 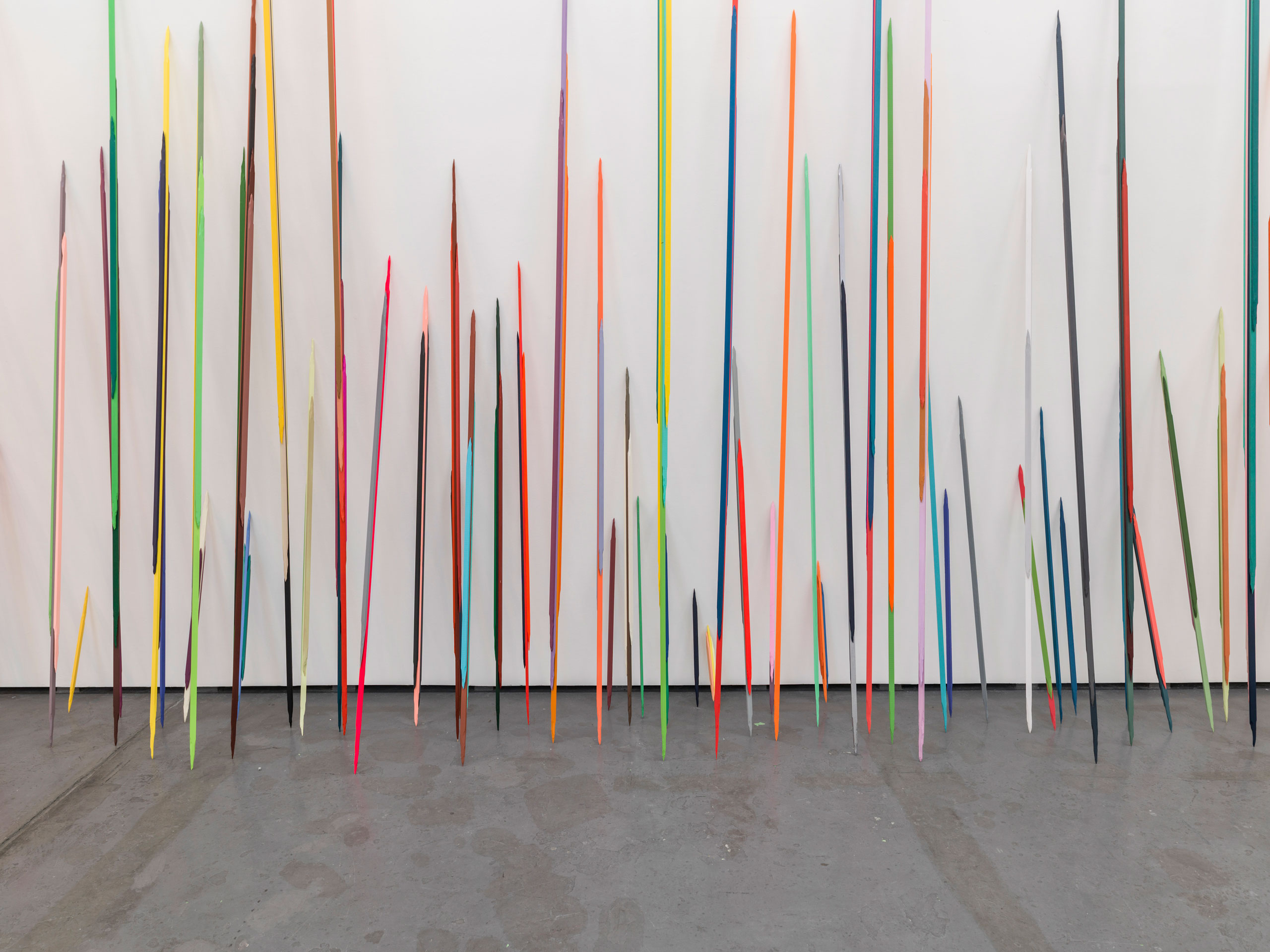 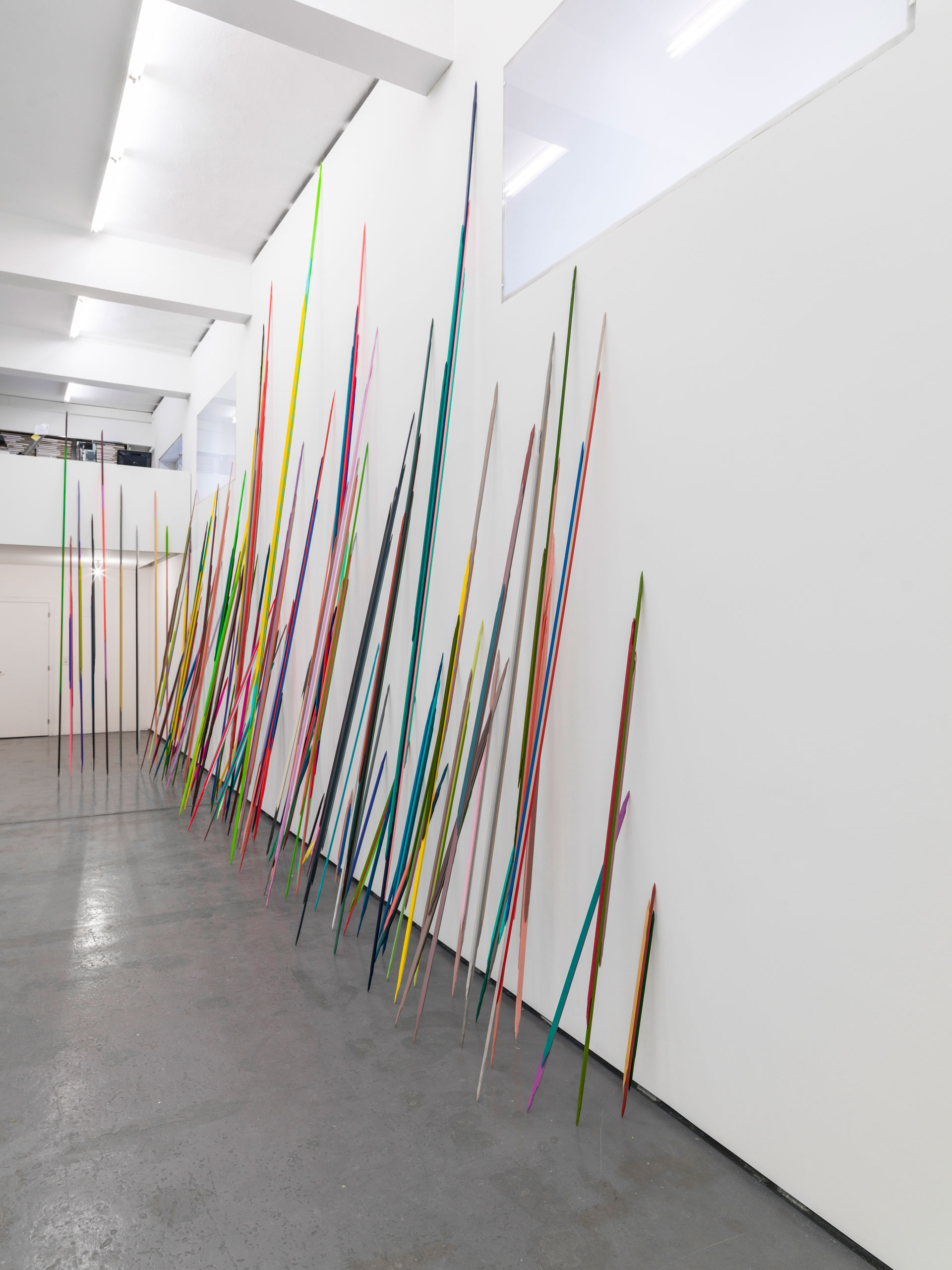 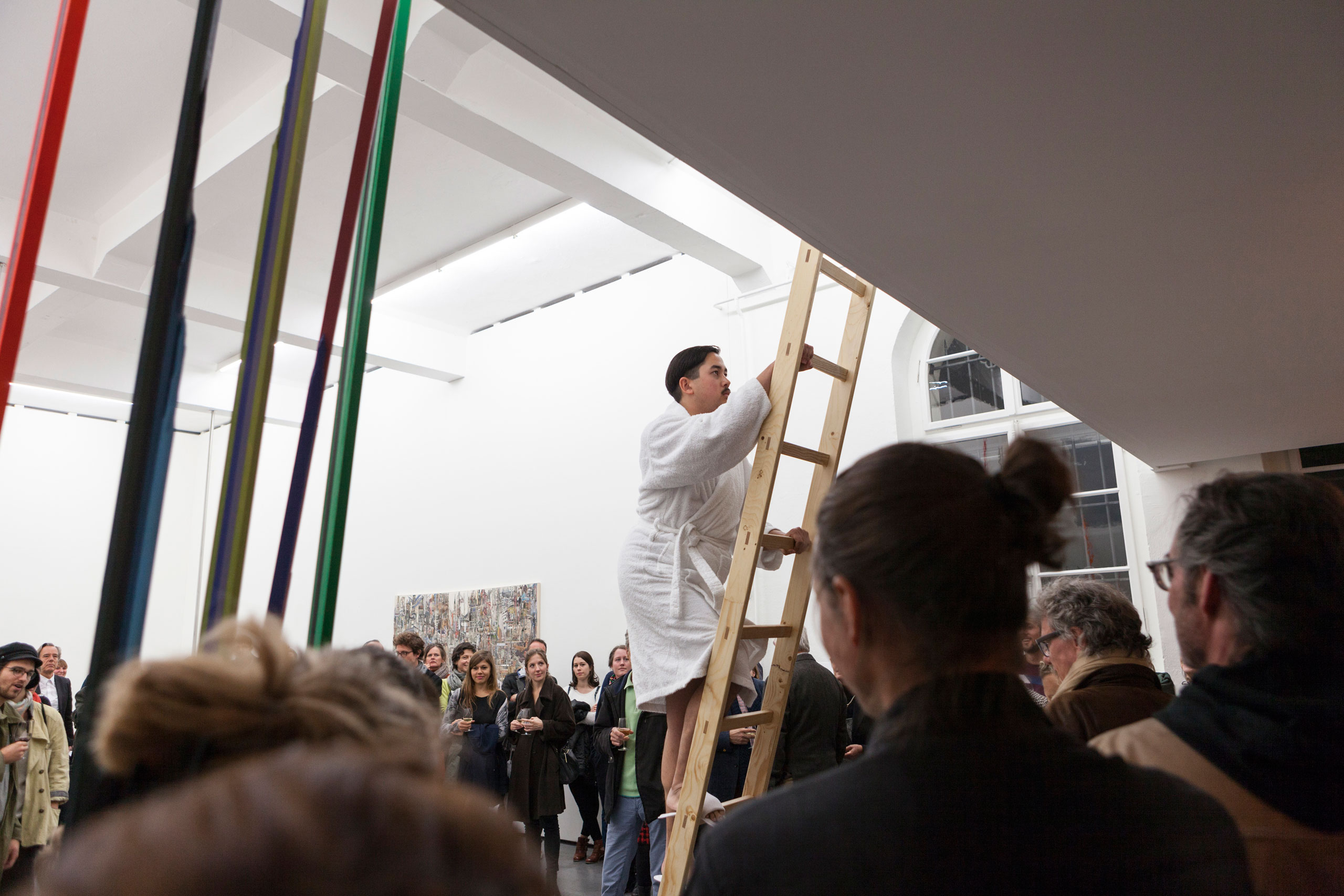 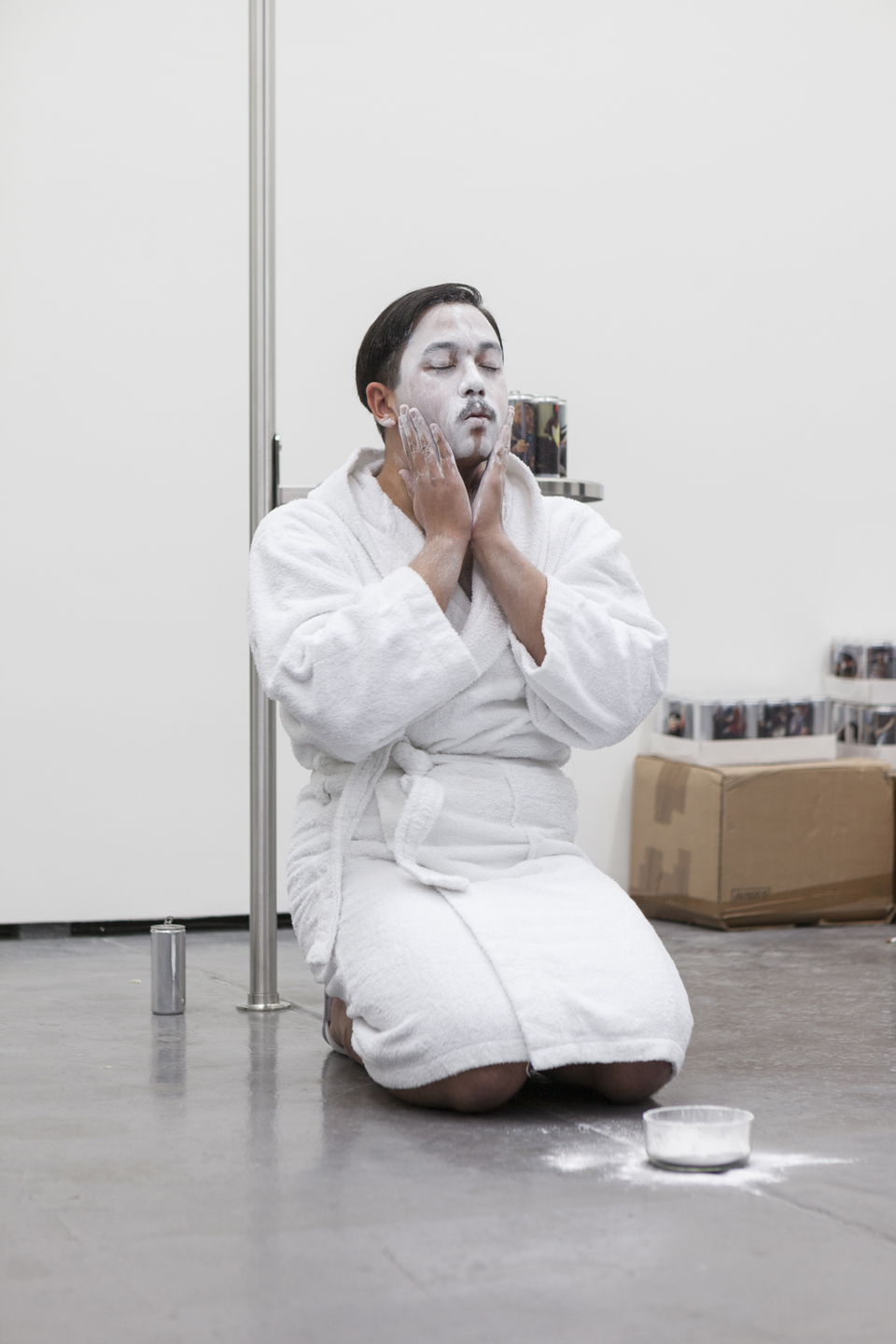 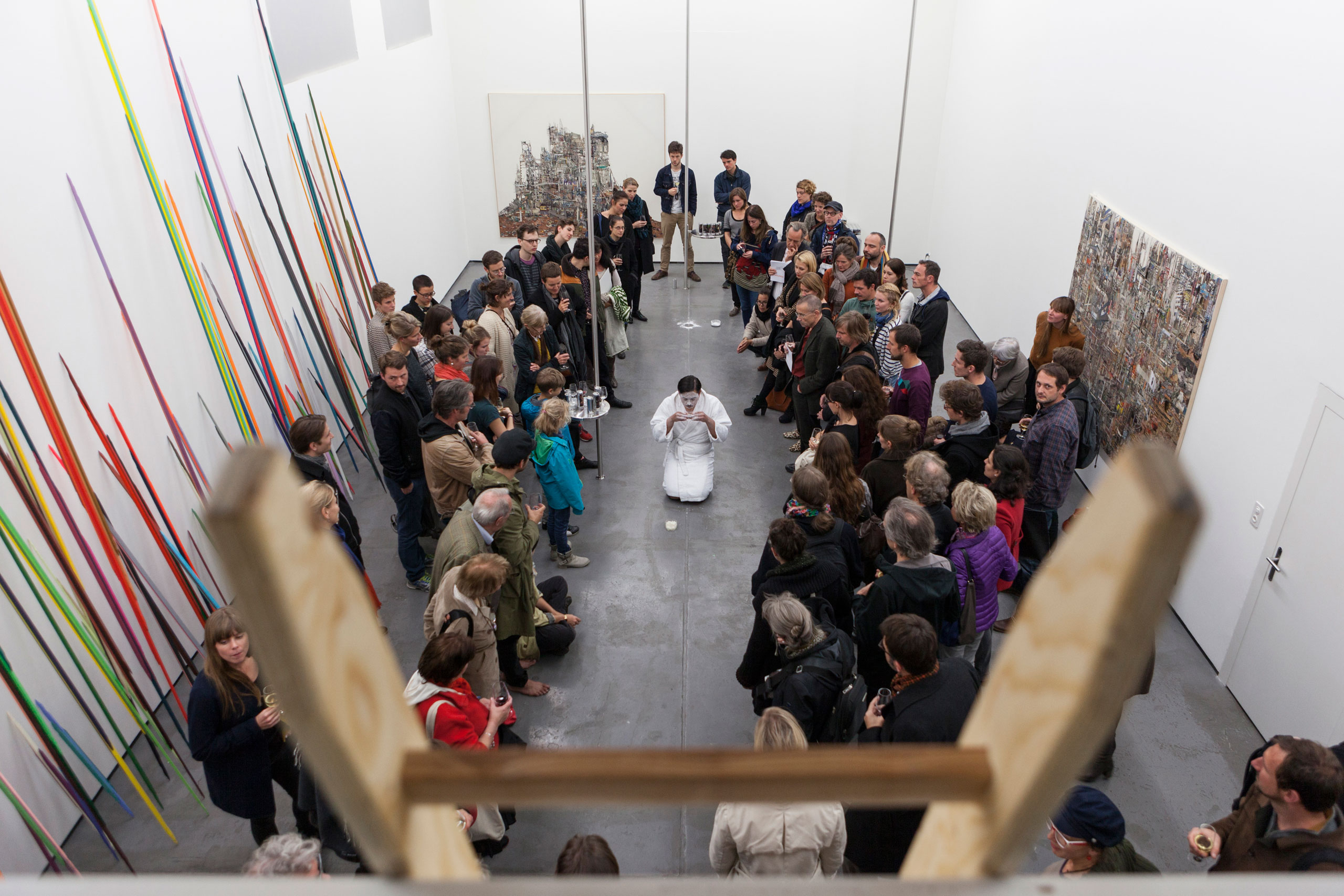 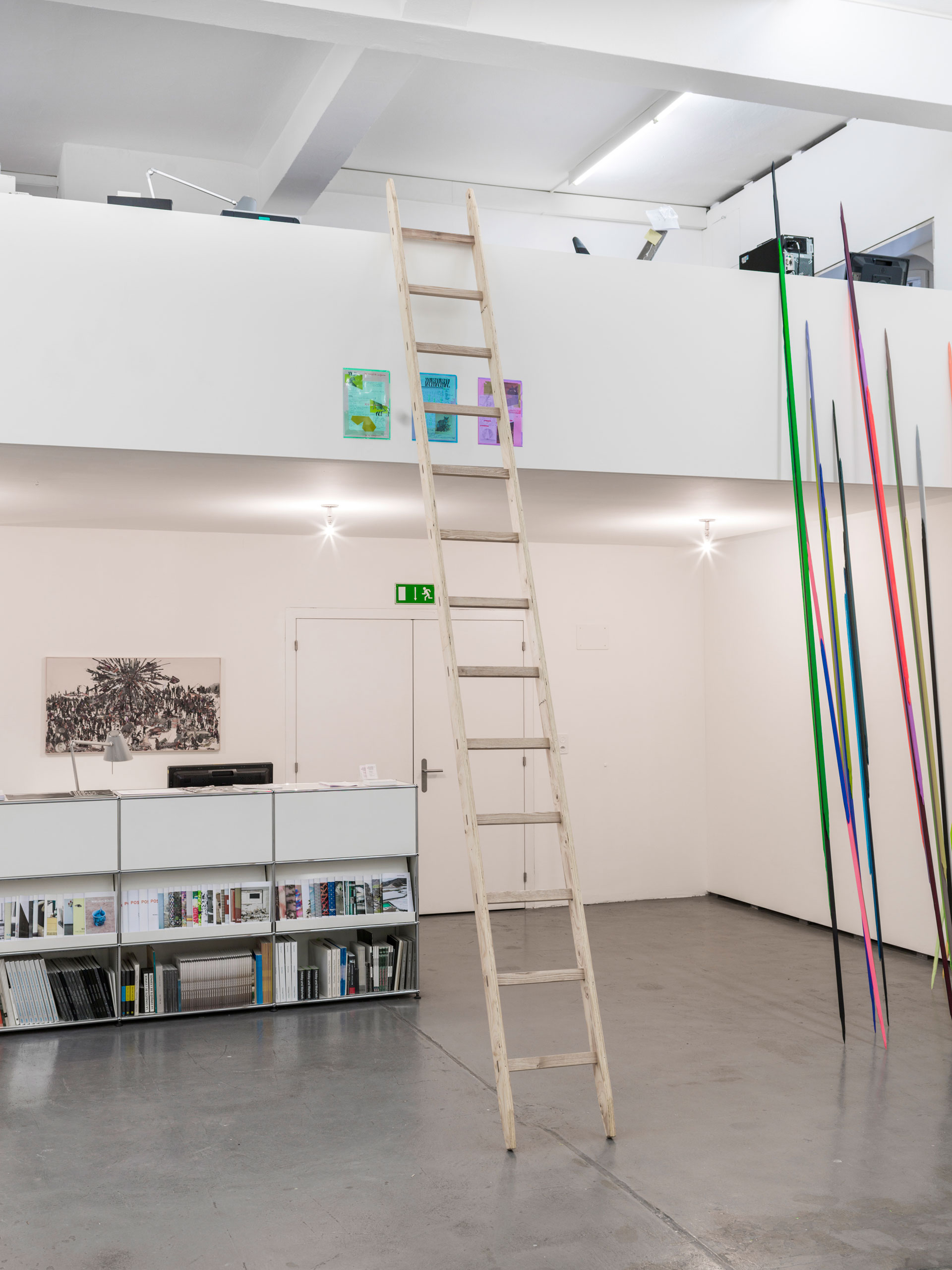 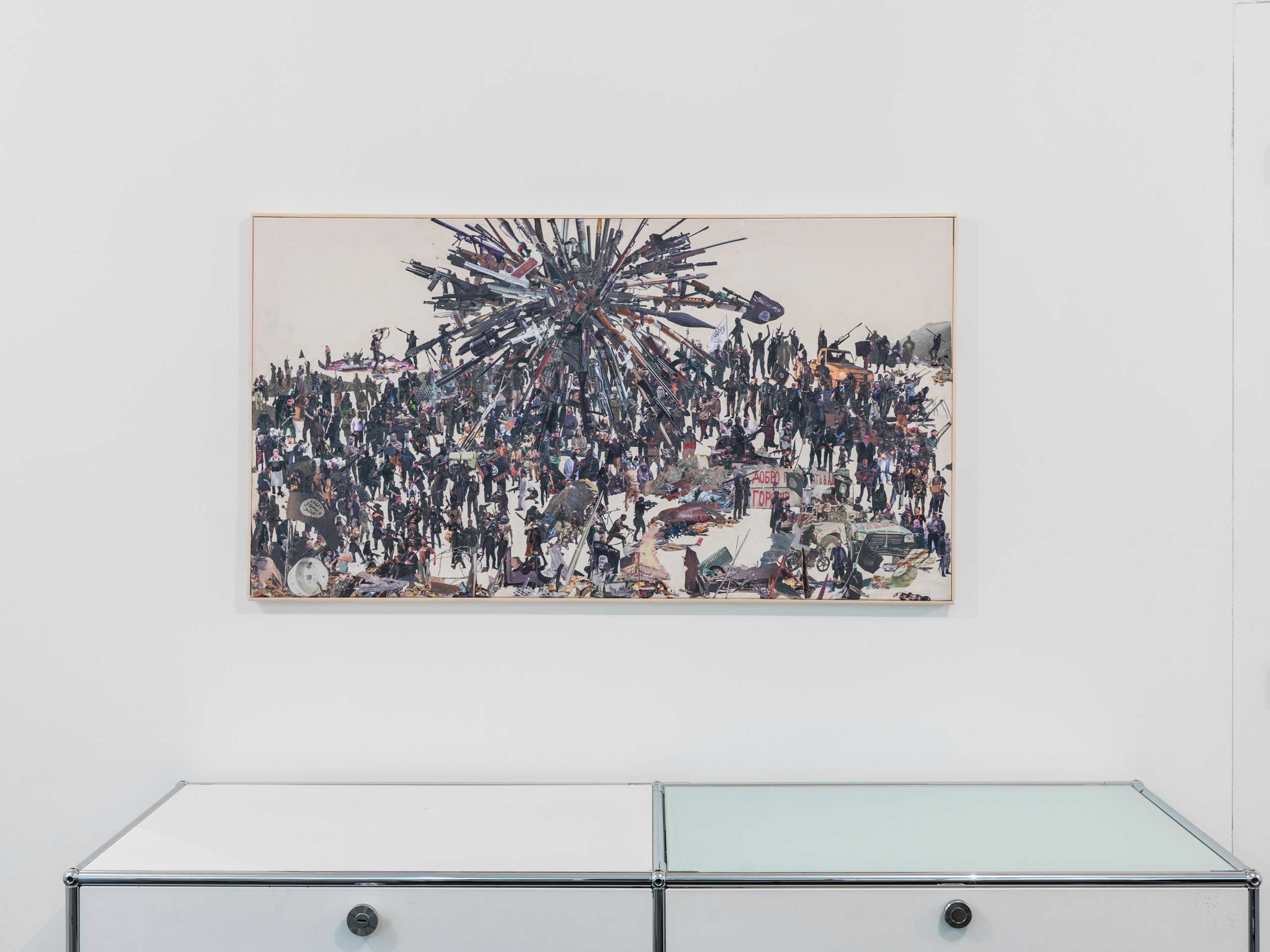 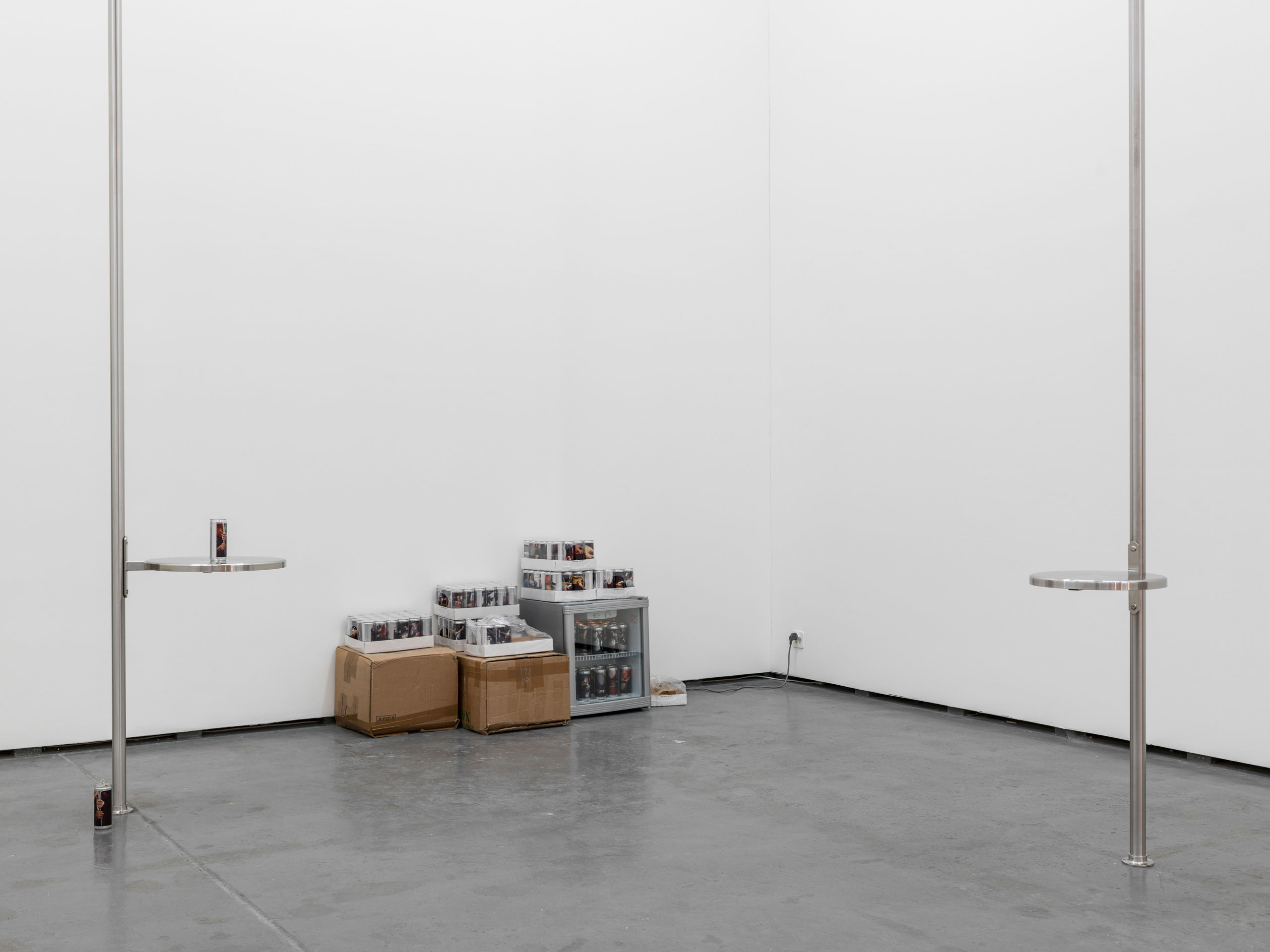 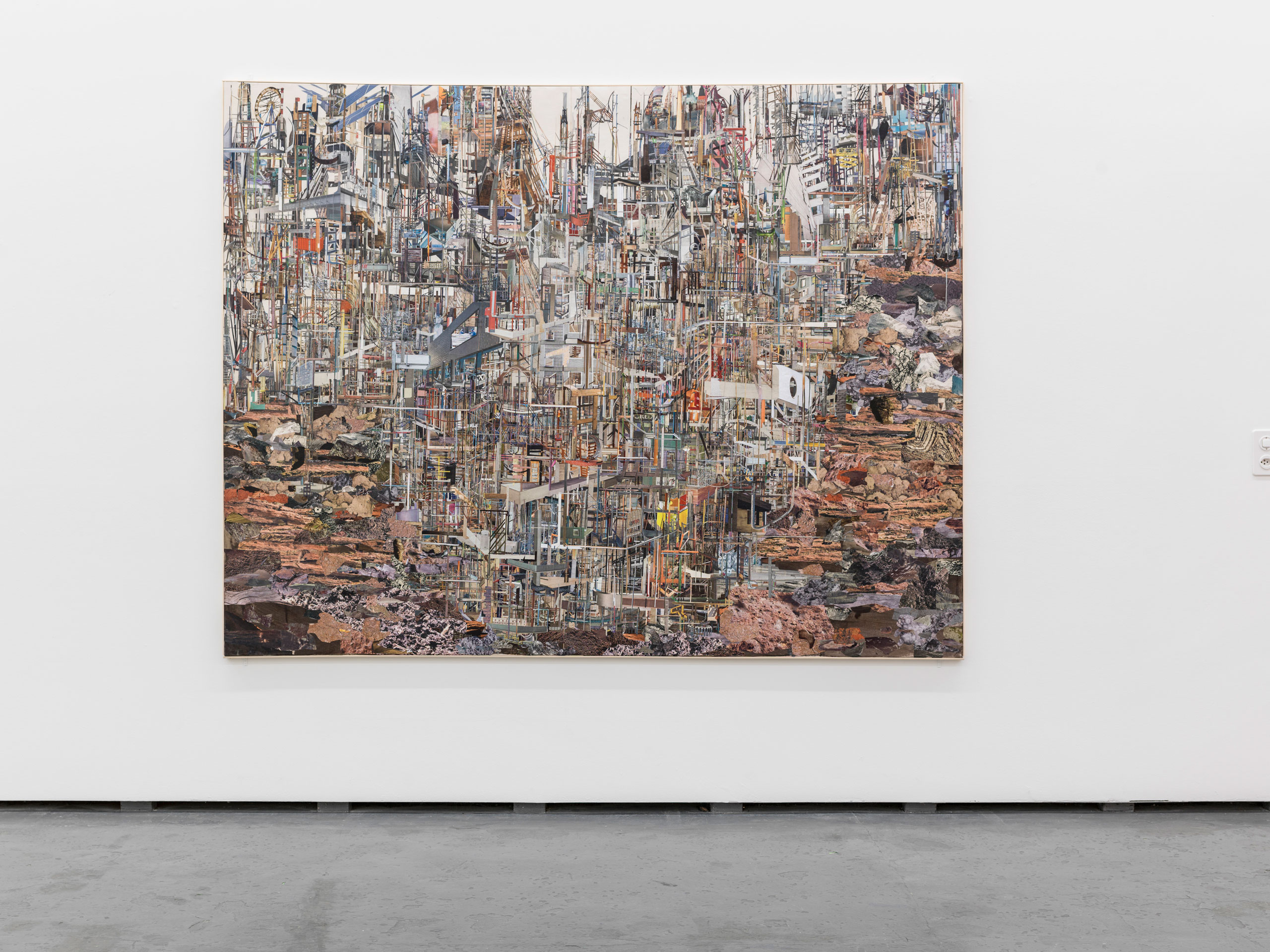 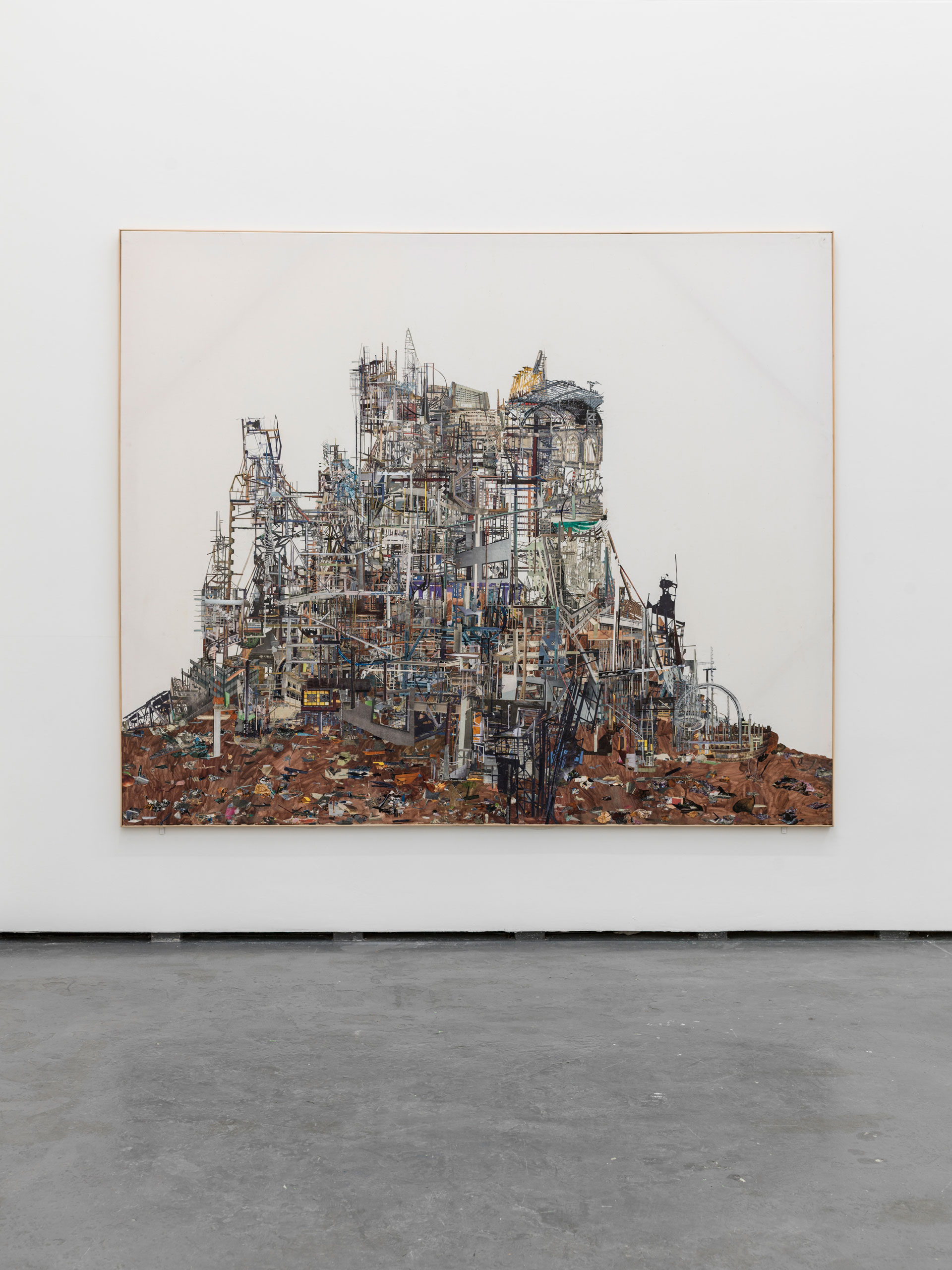 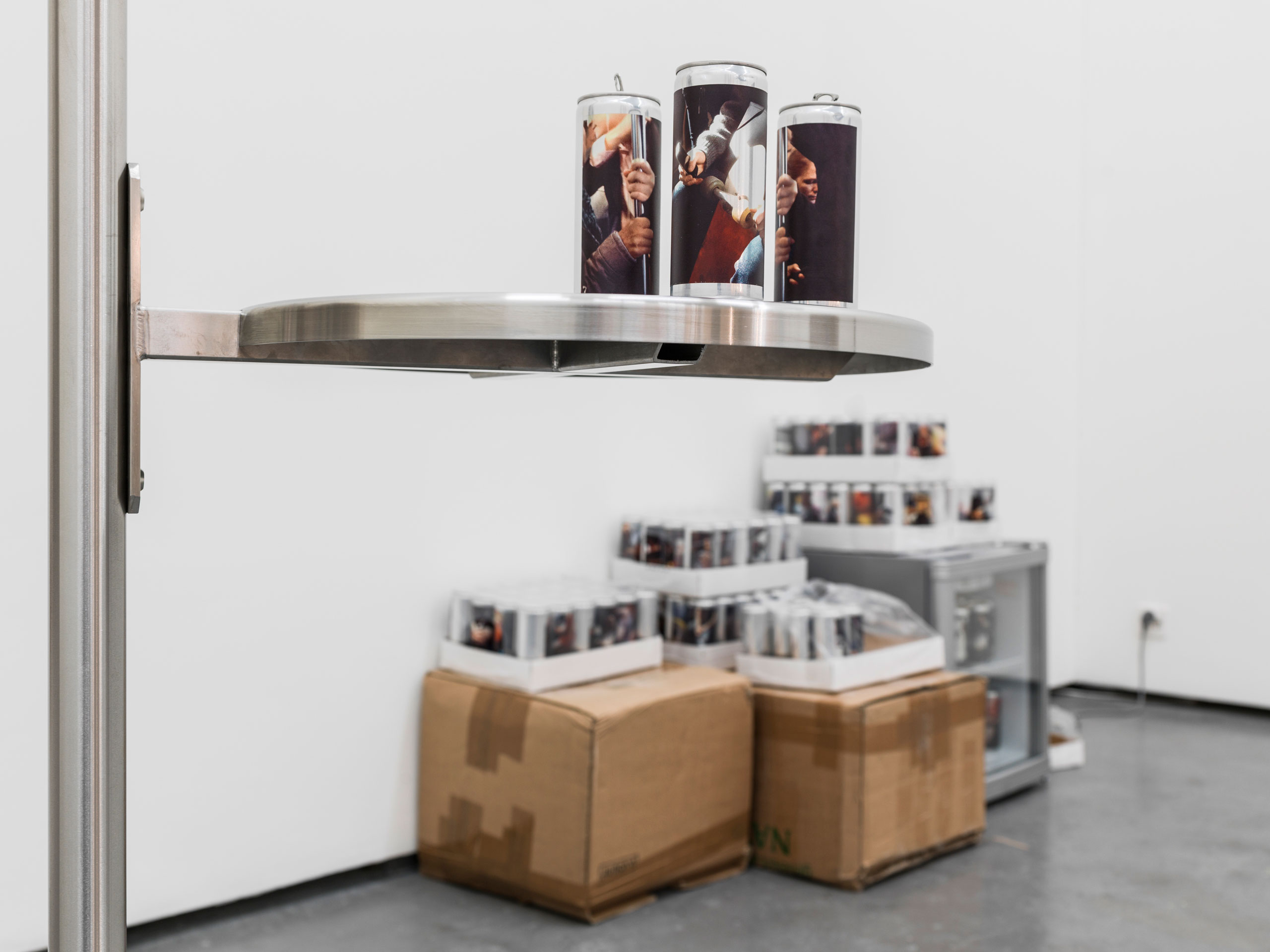 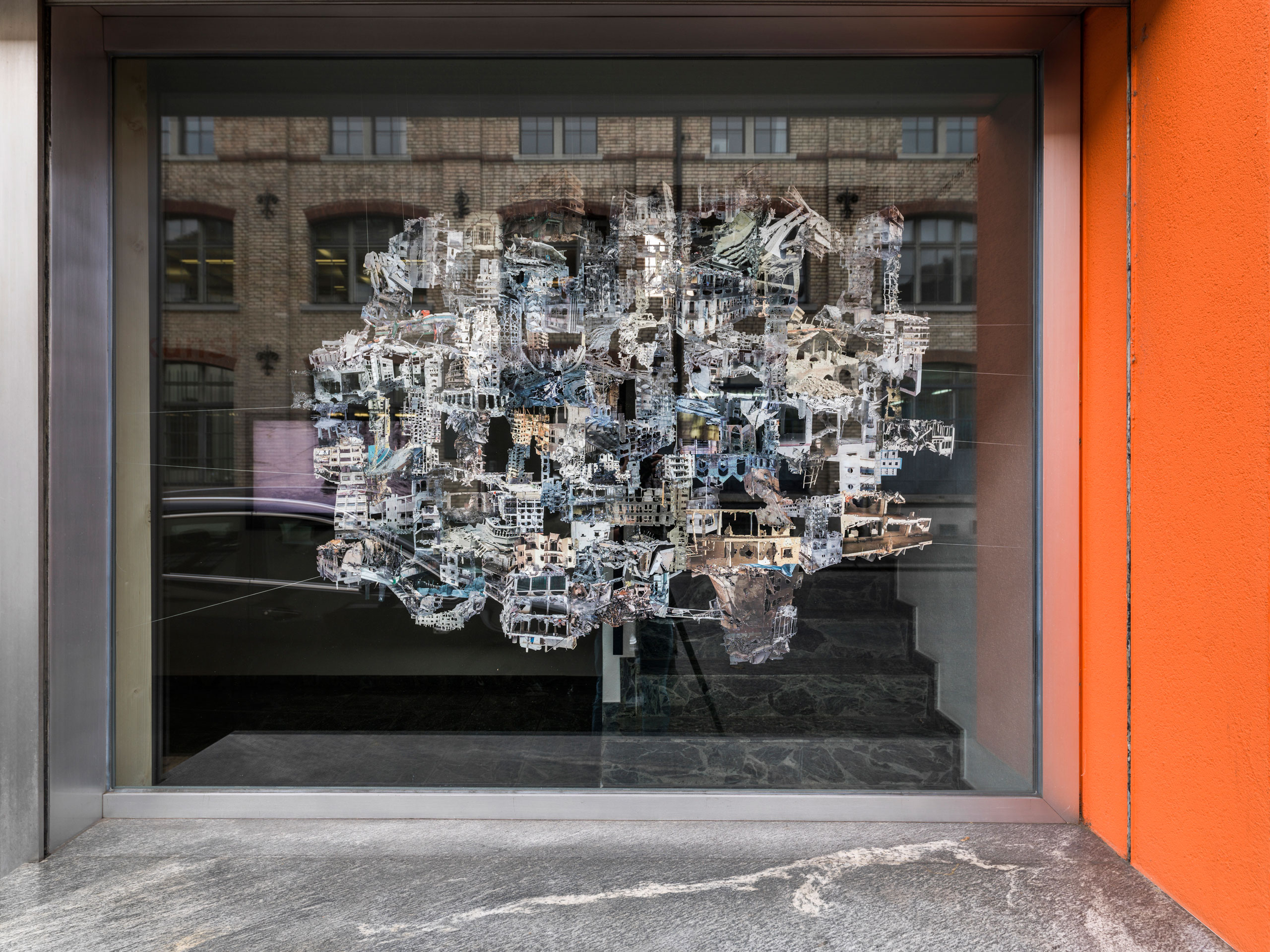 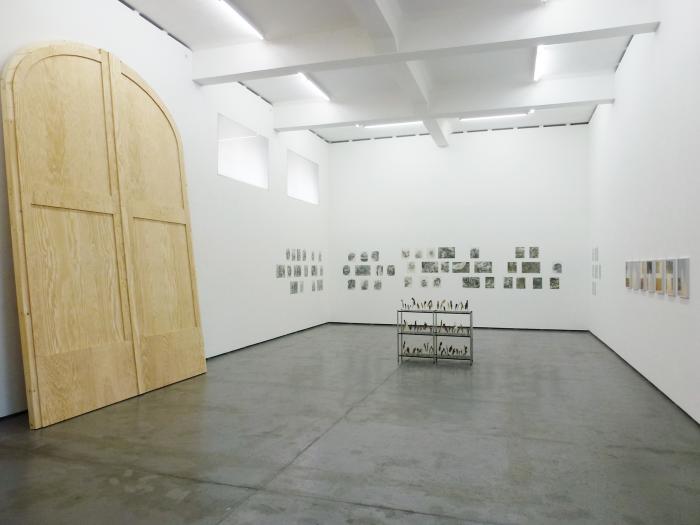 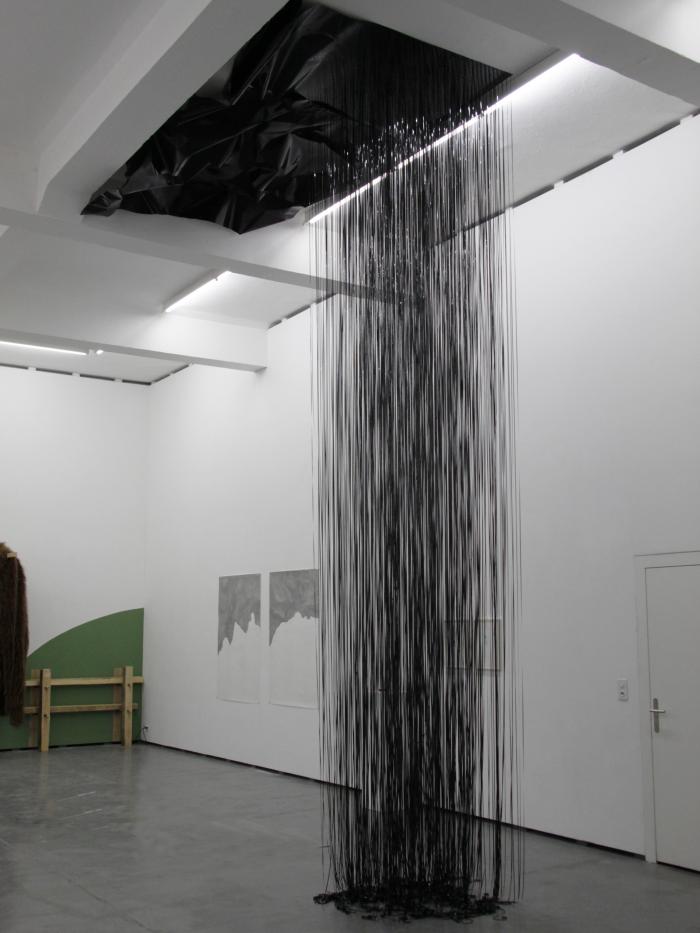