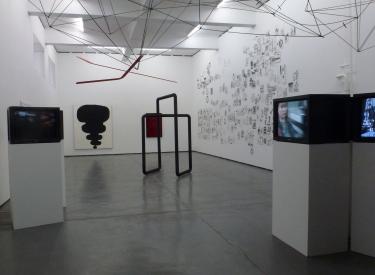 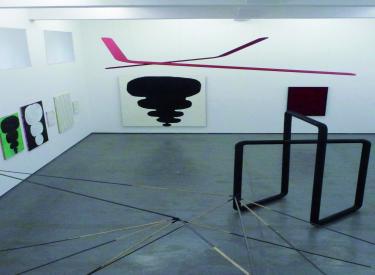 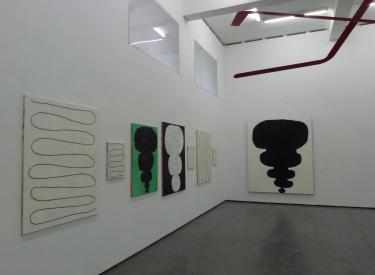 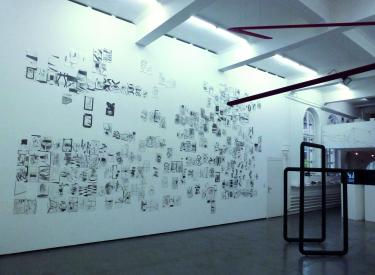 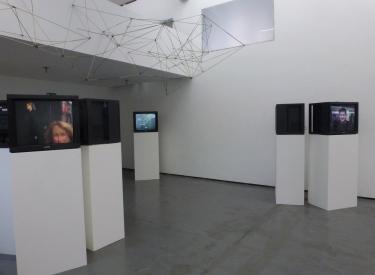 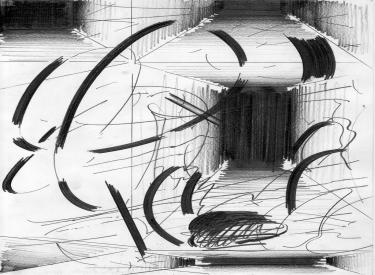 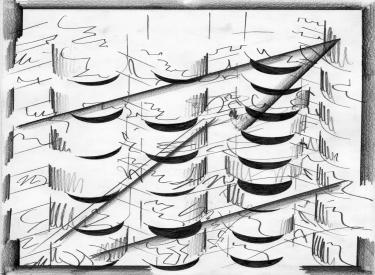 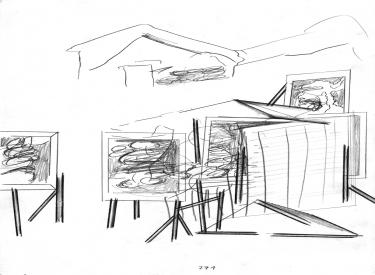 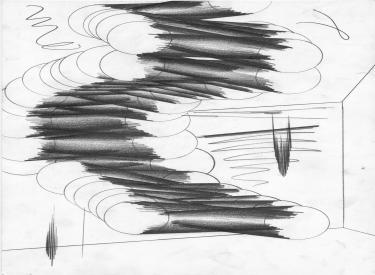 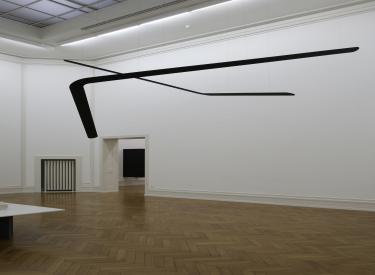 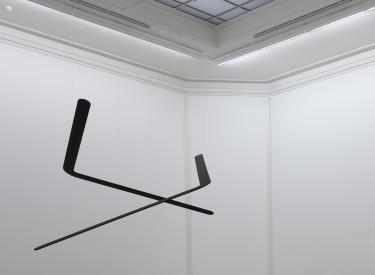 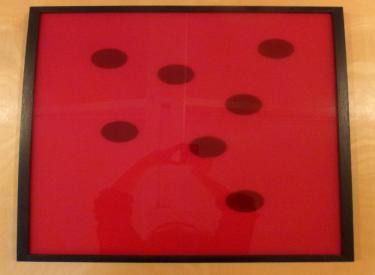 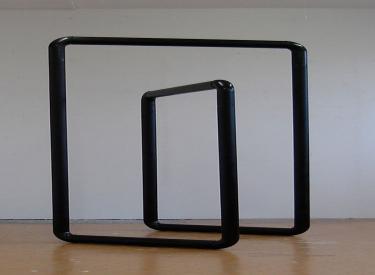 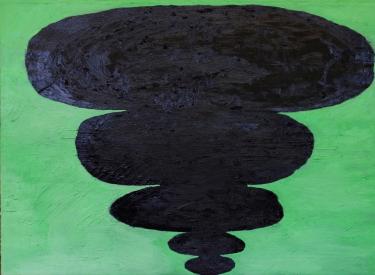 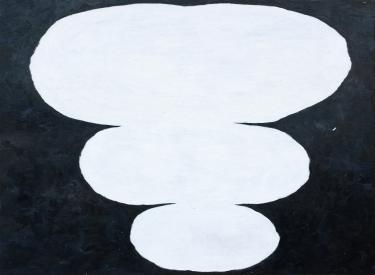 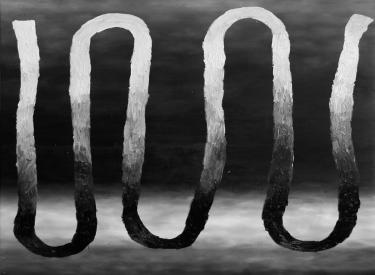 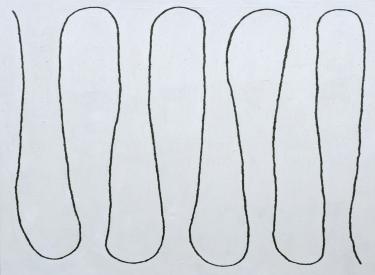 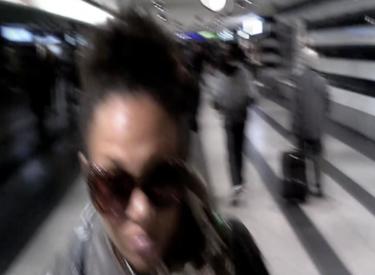 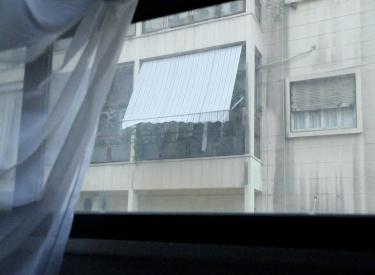 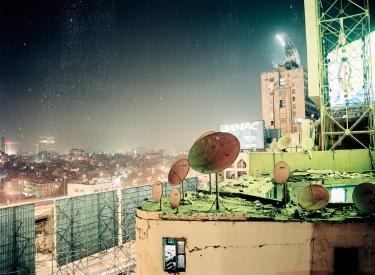 Despite great divergence in their selected creative media, there are astonishing coherences in form and content.

In his drawings, Samuli Blatter visualizes the non-linear nature of thinking processes. Numerous layered sheets, one superimposed on the other and all created throughout the past two years, make clear that the Lucerne-based artist does generate his repertoire of shapes from preceding impressions but nevertheless distrusts the concept of a single central motif. Being transferred from the two-dimensionality found on paper into the exhibition space, amorphous structures that do not aim at any vanishing point but – to the contrary – as a web of correlations are exposed continuous (de)construction can be found on both, the walls and a daring timber scaffold.

The objects created by Christian Grogg are based on playing with the perception of dimensions. Two huge, red, boomerang-like wings hang underneath the ceiling. Depending on the viewer’s perspective, the massive suspended object turns into a filigree spatial drawing of a thin line. Our own move misleads our spatial perception. A black tubular sculpture is placed most statically in the room. Through the viewer’s movement, the floor work experiences metamorphosis just as well as the “boomerang”: the different positions turn the sculpture into a flowing infinity principle.

The object’s movement thus deceives spatial perception. The video installation of Zurich-based David Siepert forces us to pause. On huge monitors, people at eye level come flowing towards us. Our evasion mechanism’s development barely allows for crashes. Left, right, left – who gets out of the way first? The initially presented video creation entitled ‚Slip Away Day‘ imposes the question of freedom in a politically charged situation. The house we look out of is located in a Palestinian refugee camp in Lebanon. Being elevated by one more floor by each generation, it my now exceeds the wall blocking the quarter off to the outside. Being isolated even though eye contact is given, the days pass by in inertia. What remains is the question if the freedom that can be seen is the freedom desired.

Shapes and forms known from statistics are what Ray Hegelbach’s paintings are based on. Columns and zigzag curves usually serve to make our world graspable. But what happens if these visualizations are detached from their data-related context and suddenly dance on canvas as replaceable nonsenseshapes? The Zurich-based artist reveals that these surveys’ decoding is based on specific sign language and invites us to find a new parlance for his.