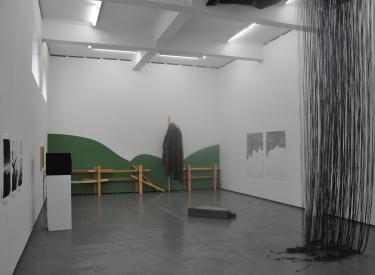 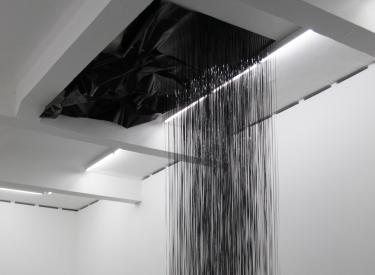 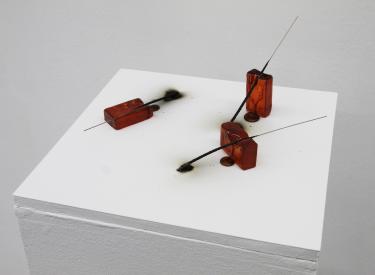 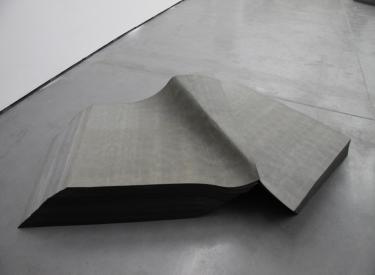 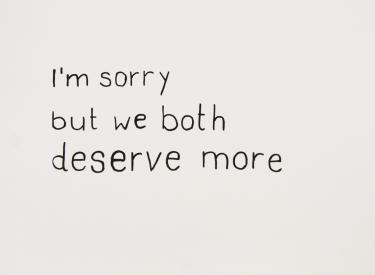 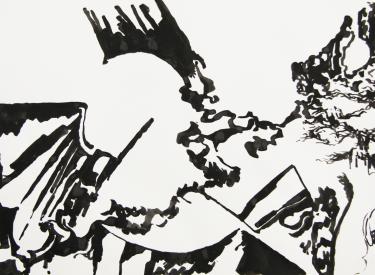 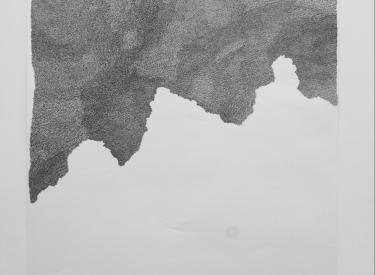 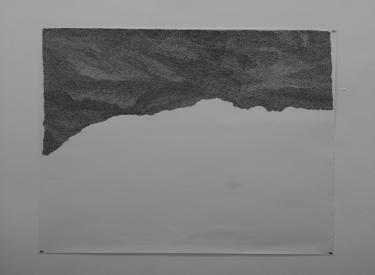 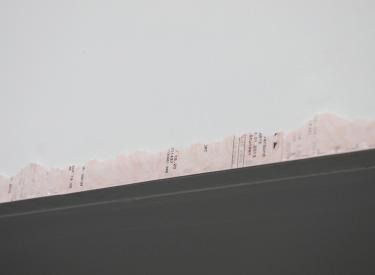 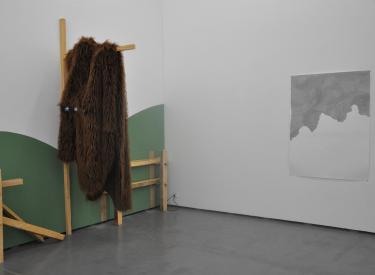 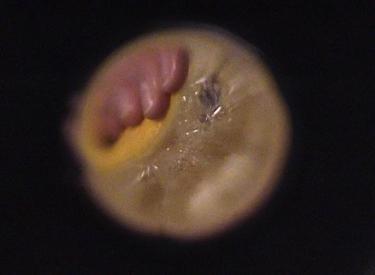 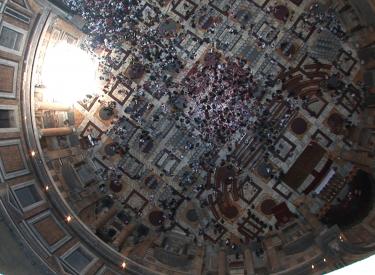 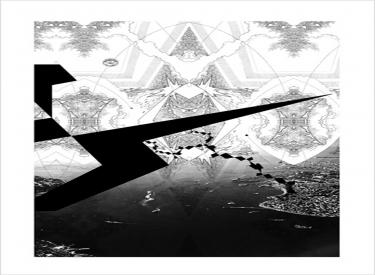 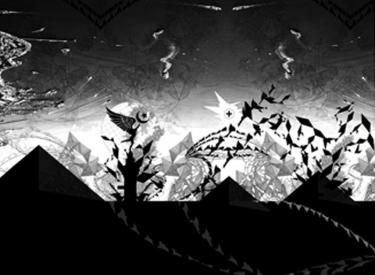 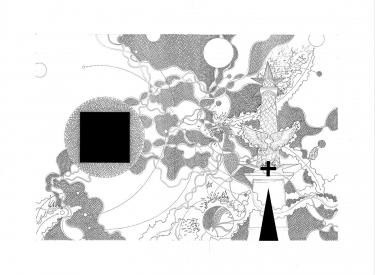 Christoph Brünggel uses the height of the room in his installative works out of audio tape and makes it visible. The straps hanging from the ceiling - in this case the sound component, which is often inherent in the work of the artist, is also present as medium - evoke the association of a monolith or stalactite, but at a closer look it emerges as transient and volatile. This is the polarity of the work of Christoph Brünggel, he searches for it.

The two ground sculptures of Jonas Etter combine industrial and organic form. The material comes from the surface and underground construction. It is street and roof insulation board, which shows industrial character with its grey-brown colour, but breaks the rigour of the material with its own softness. The interest of the artist is in the exploration of the behaviour of different material, such as the roof board or also the different behaviour of sugar solutions.

One of the two videos „Eye of the Pantheon“ of Luzia Hürzeler contains an unusual perspective: The beholder, or rather the hidden camera, is sitting in the hole at the top of the Pantheon in Rome, the only source of light of the antique room. The artist examines the transience and the randomness with which the visitors are moving - like ants.

The wall filling installation of Jos Näpflin at the front wall of the gallery transforms the room in a landscape, the gallery opens into an idyllic garden, in which the artist lets us enter through the fence. The scraggy mythical creature watches us discretely with two huge, astonished eyes.

This idyll is opposed to the graphics and drawings of the Pakistani Seher Shah, living in New York, whose range of topics is within the field of conflicts. The artist examines in its works with the help of the topic architecture conflicts, with which she is confronted every day as a Muslim having grown up in Belgium and being married to an Indian Hindu.

Nancy Wälti’s subtle mountain-intervention at the bulge of the mezzanine composes the spatial counterpole to Jos Näpflin’s garden. She remains true to herself with her gentle work: the routine is put out of context and restaged. With the two drawings the artist proves, that not only sculpture is her medium.