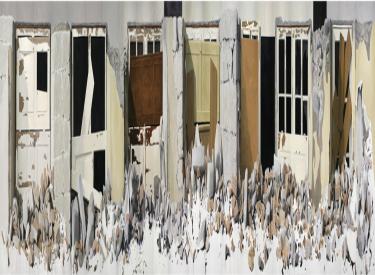 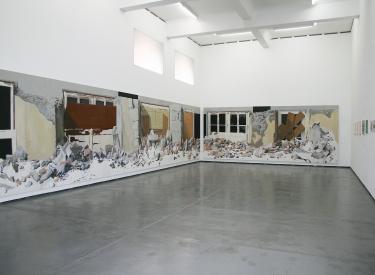 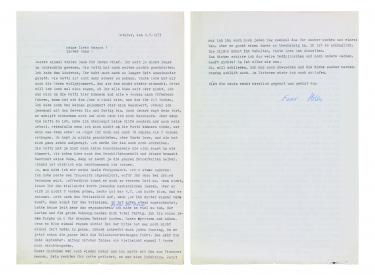 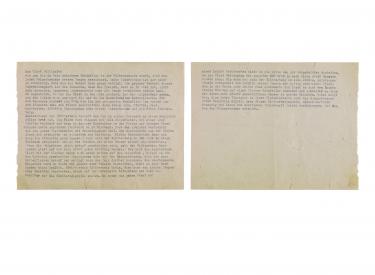 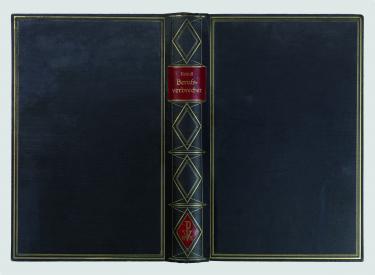 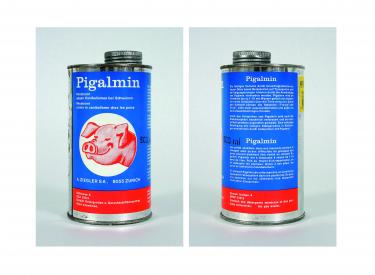 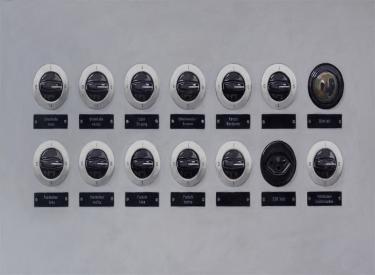 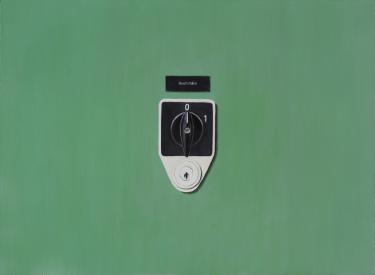 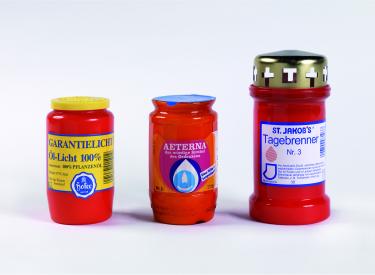 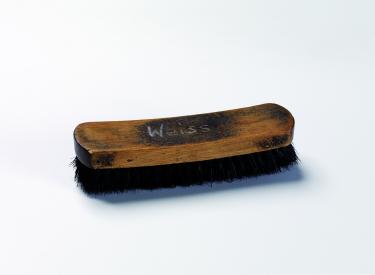 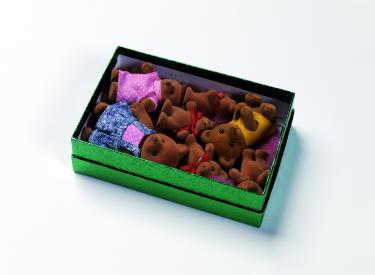 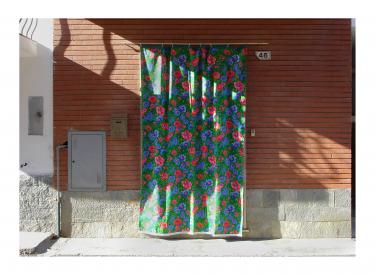 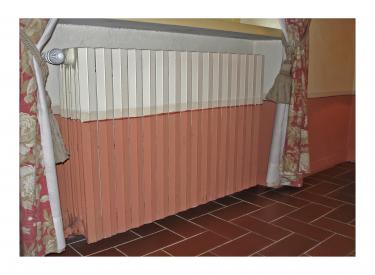 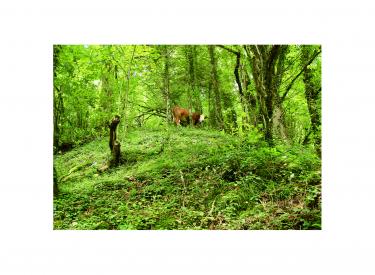 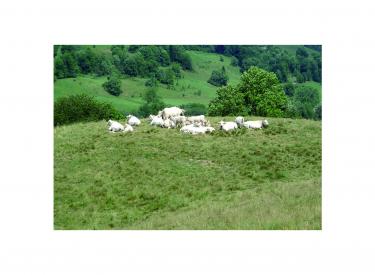 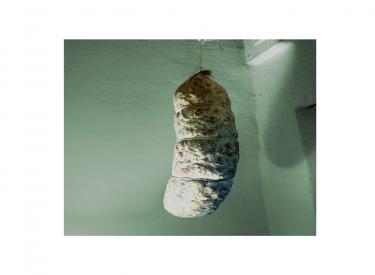 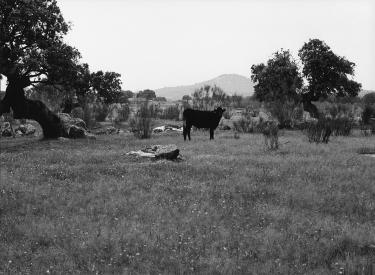 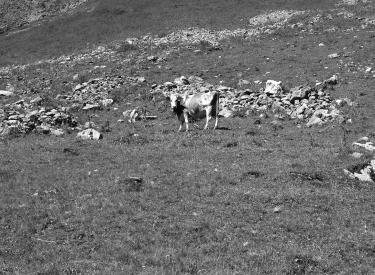 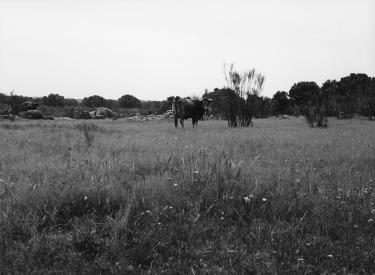 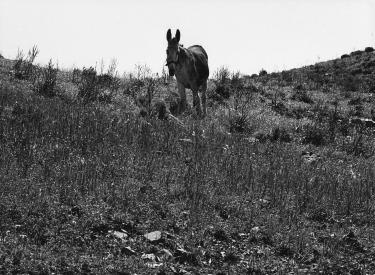 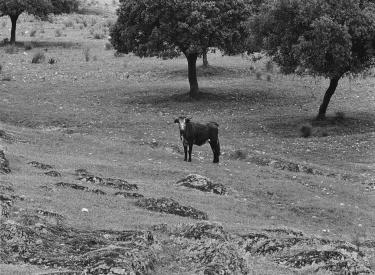 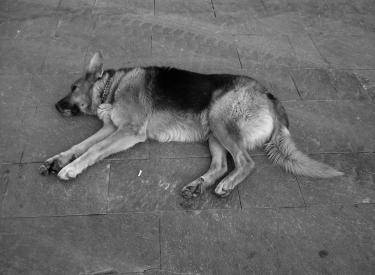 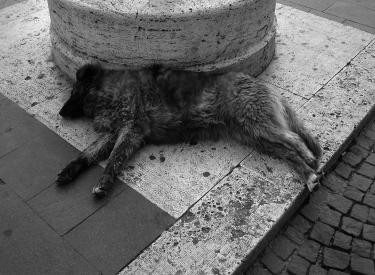 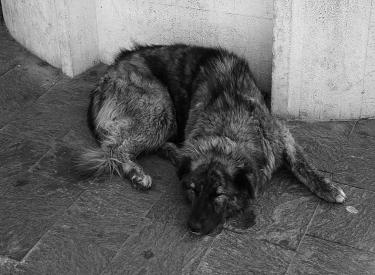 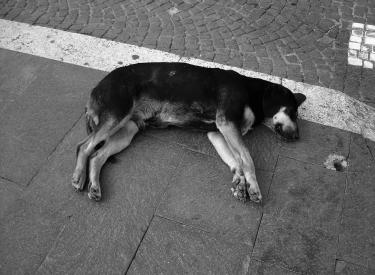 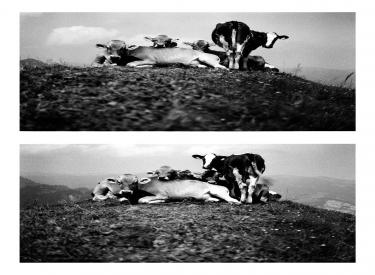 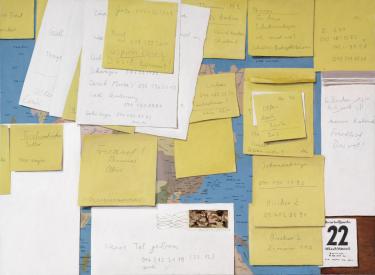 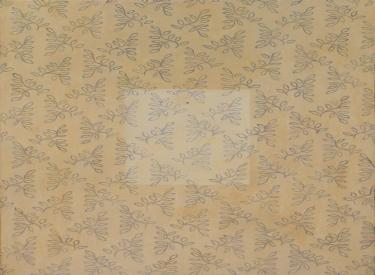 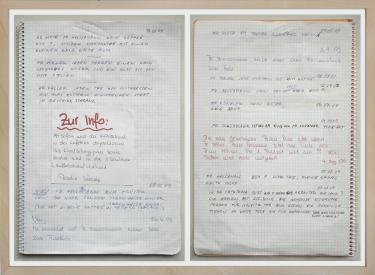 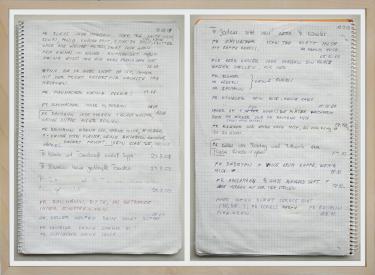 Under this ambiguous term, Christoph Hänsli presents his new work in the Gallery Bob Gysin.

In his third solo exhibition at the Ausstellungsstrasse 24, a painting of 22 meters length can be inspected, which illustrates the situation of a condemned building. Entrances and passages that have become useless are barricaded with old doors and boards. Behind these painted areas, abysses can only be imagined. The content of this project is consequently reflected in the morphing pictorial realization, which discloses the operating process as additional, exciting level. Layers and glazes in acrylic and Eitempera intensify and become impenetrable surfaces; they manifest in meticulously depicted details and dissolve in other areas through fluent traces of the colour back to the priming.

With this large-scale painting, further smaller thematic and conceptual photographic and pictorial pieces correspond. A subtle demonstration and combination of the depicted objects and language fragments lets systems of meaning, assertions and certainties slide into the comical and absurd. Facets of the human perishability break on the surface, the ostensible and ordinary proves ambiguous and devious.

In a separate room, small-format black/white photographs from the years 1985 to 2011 are assembled. They depict production animals and domestic animals in series, which show a calming indifference compared to the human traces in the main room of the gallery.

A video piece in the entrée of the gallery catches the effect of a flickering neon tube in a small cellar. The loop extends the temporary and preliminary to infinity at this place underneath the architectural and social surface.

The operating method of Christoph Hänsli and his artistic strength lie in the conceptual approach. He takes ordinary, familiar situations and makes them visible in his pieces – visible and also perceivable for pedestrians usually hurrying by.