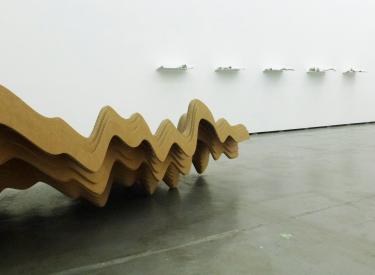 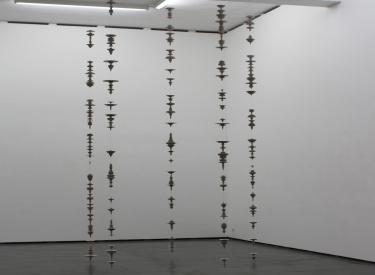 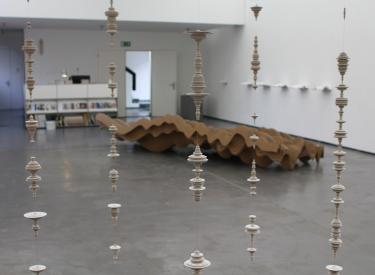 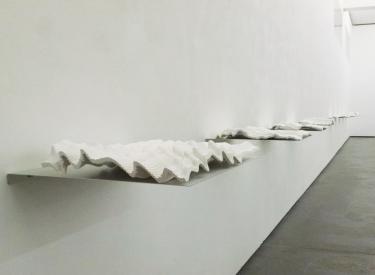 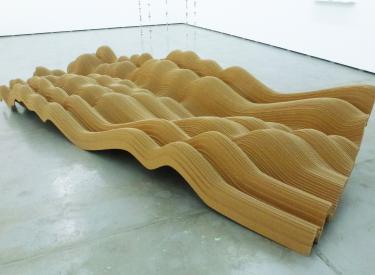 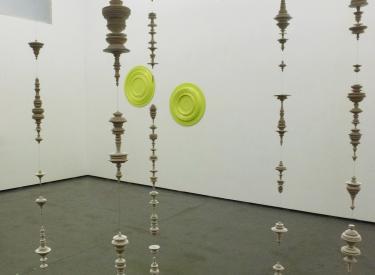 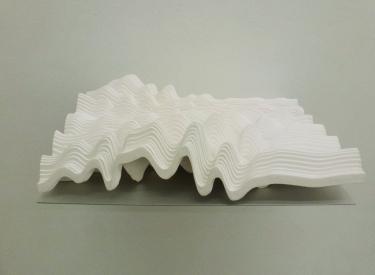 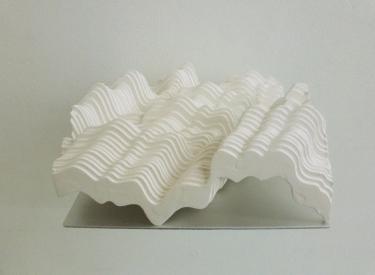 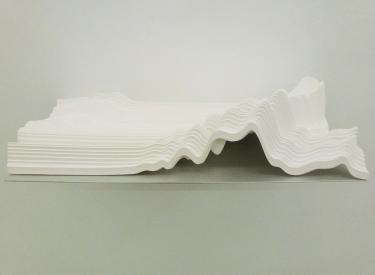 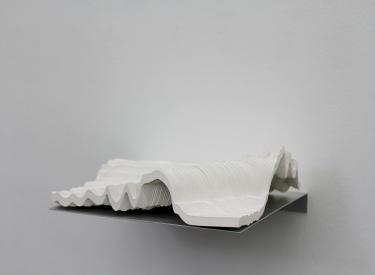 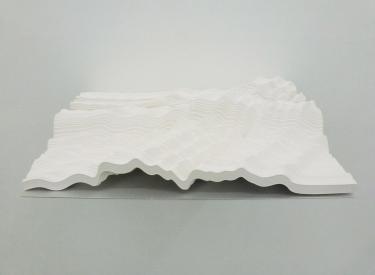 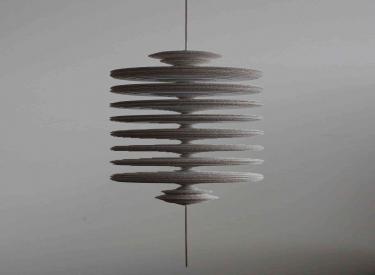 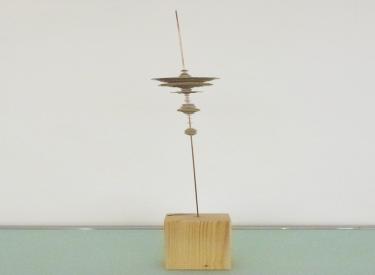 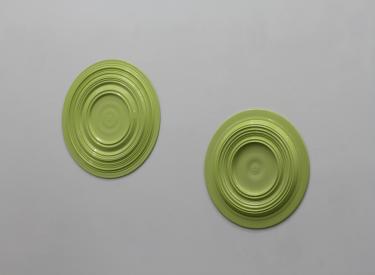 Resembling landscapes, Wolfensbergers different ‚waveforms‘, or ‚sound fields‘, are visualisations of electro-acoustic signals recorded in two-dimensional graphs also known as sonogrammes. While they vary in terms of formal character, they all constitute physical, three-dimensional representations of an ephemeral acoustic phenomenon, the sound of the human voice. Each of her pieces is the palpable representation of two spoken words. Each of the rotational forms strung on steel filaments, or ‚sound threads‘, represents a word from a poem by Kurt Schwitters, Kleines Gedicht für grosse Stotterer (Small Poem for Big Stutterers, 1934), spoken by Ernst Jandl. Schwitters, who led the ‚spoken poetry‘ movement in early 20th-century Germany, attributed as much meaning to rhythm and sound as to words. Similarly, listening and time are important elements of Wolfenberger‘s artistic idiom and the analysis and visualisation of language are central to her concept.

In Wolfensberger‘s universe, the sound of language is visualised in three dimensions. The artist invites her audience to look and listen, to ‚hear‘ the sounds inherent in each one of her mute objects. 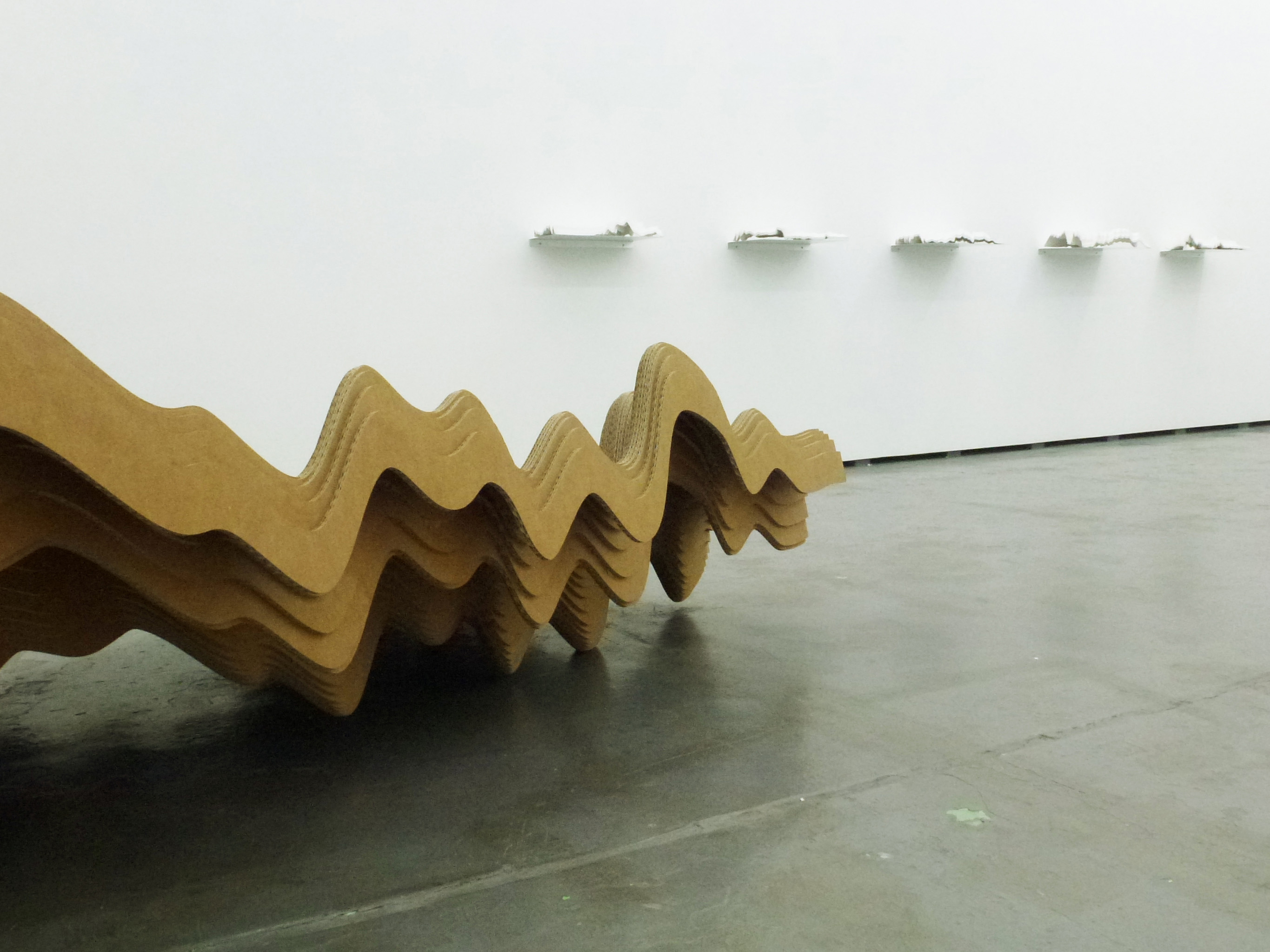 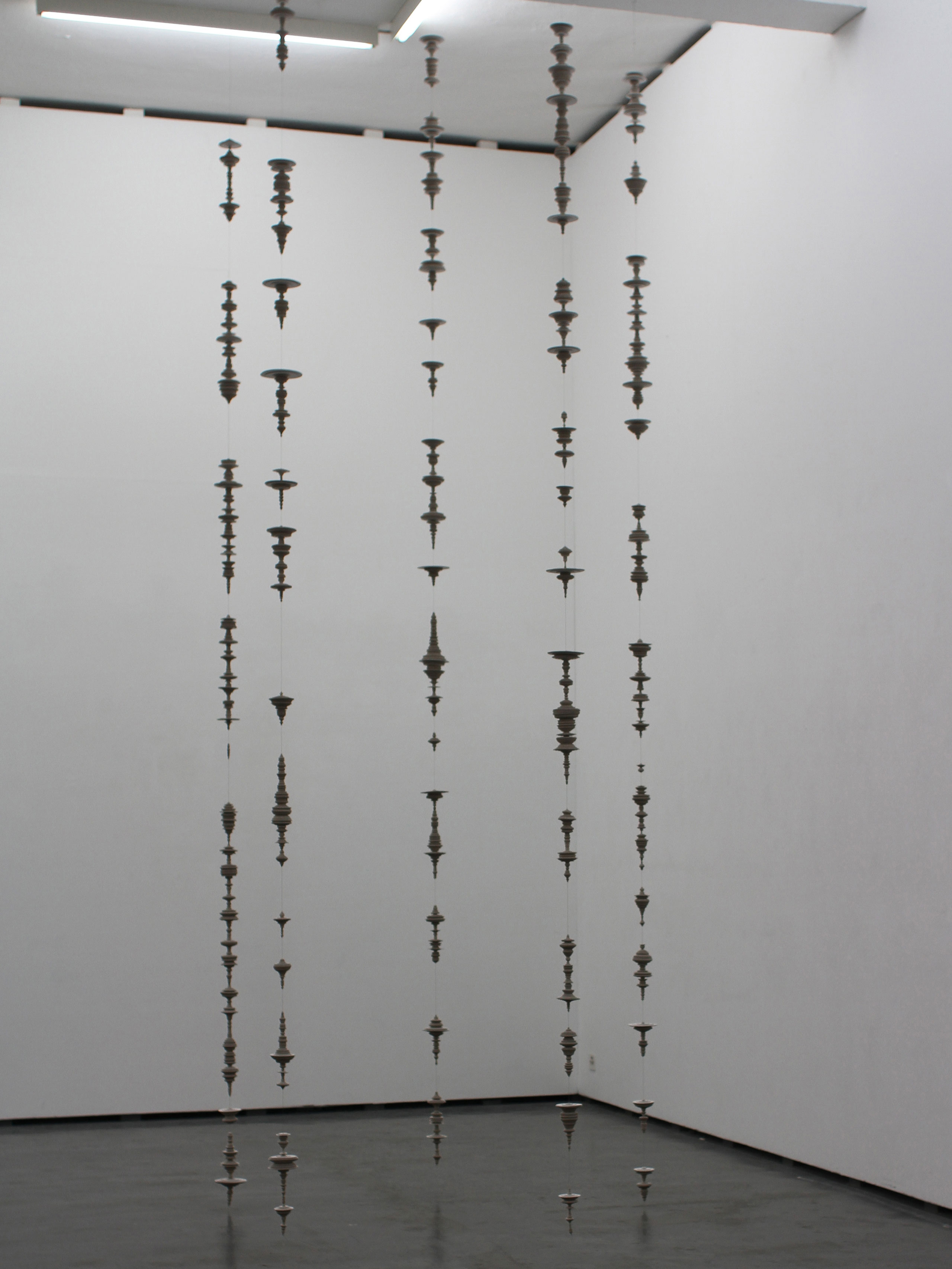 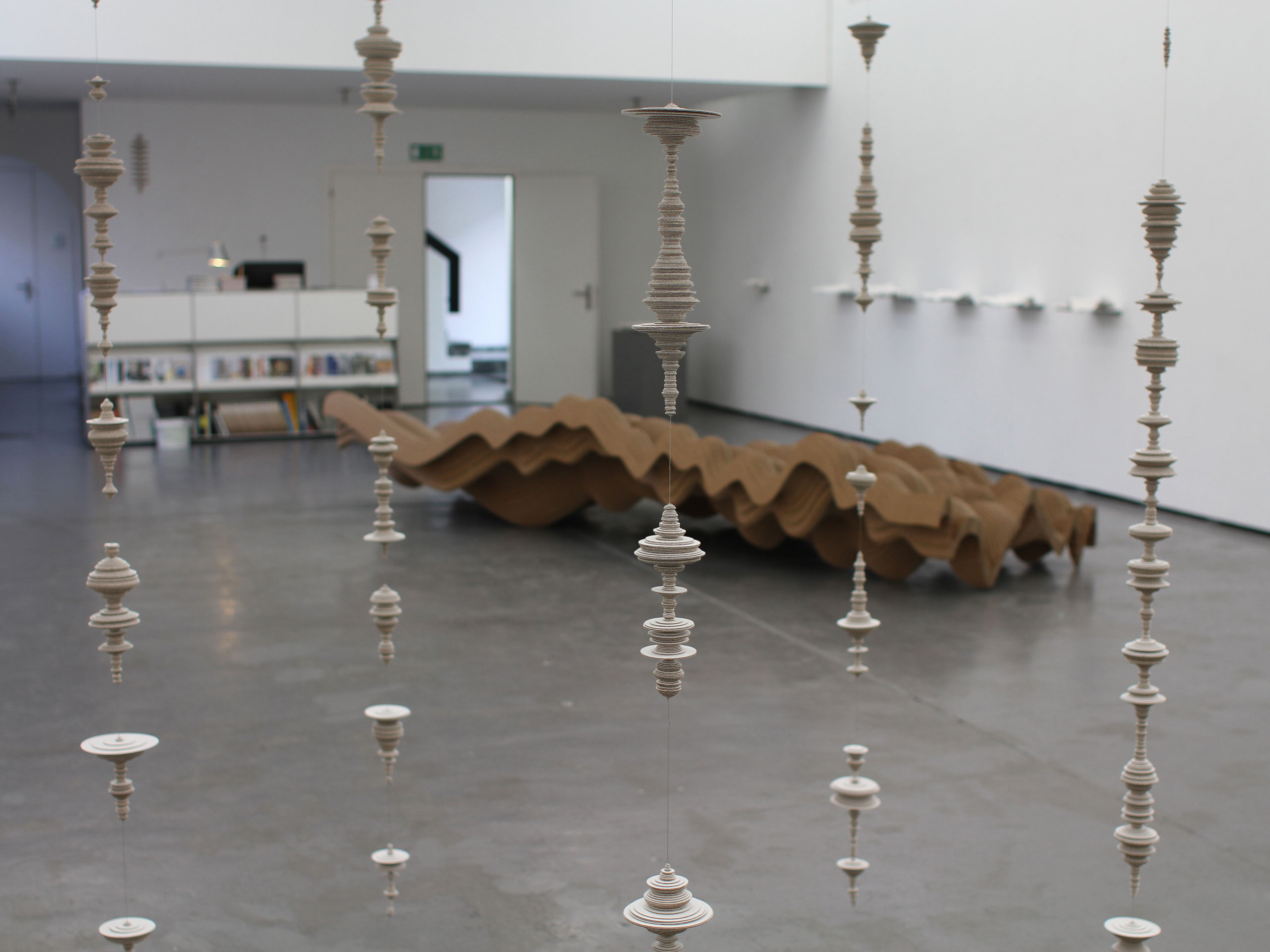 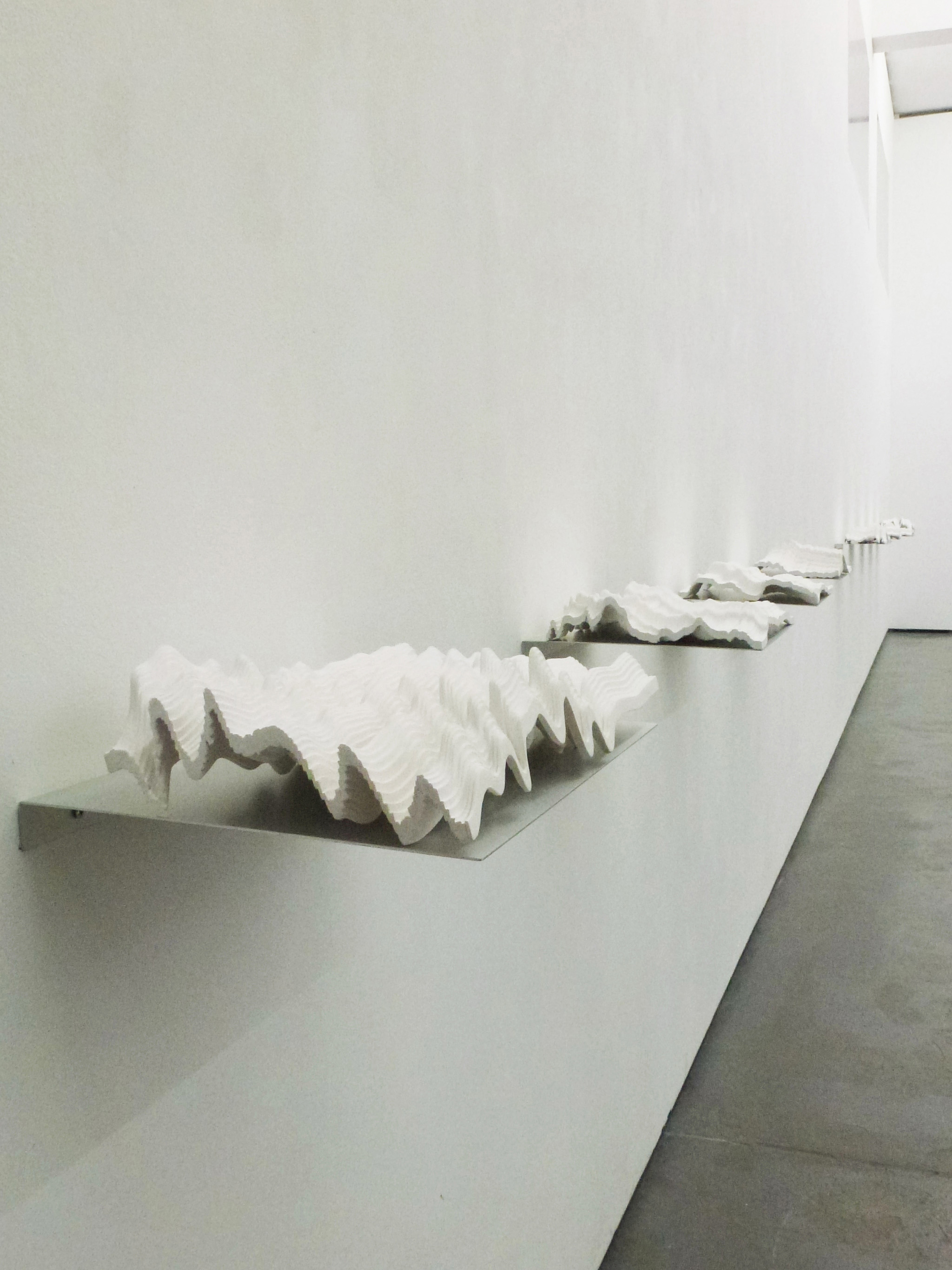 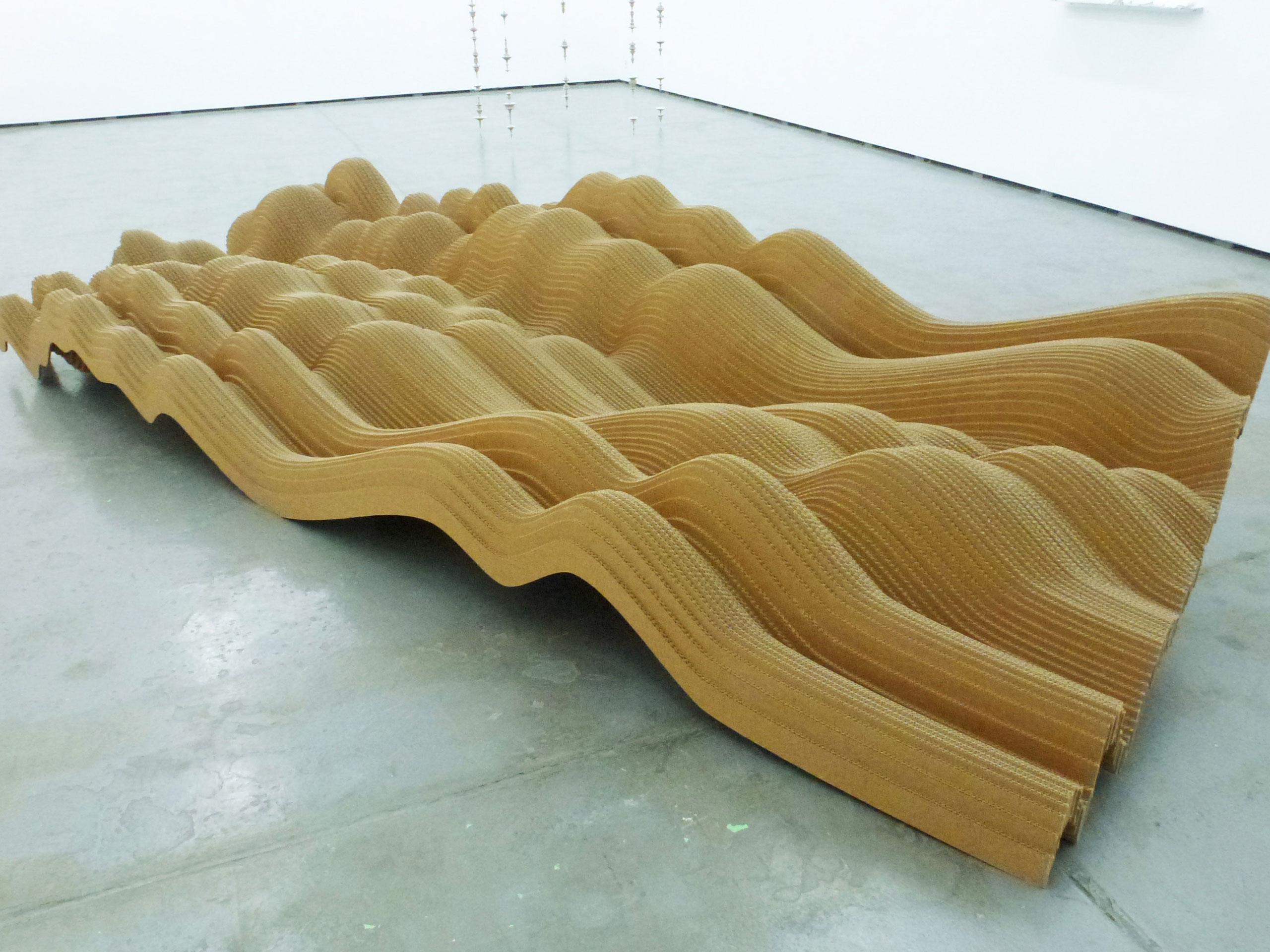 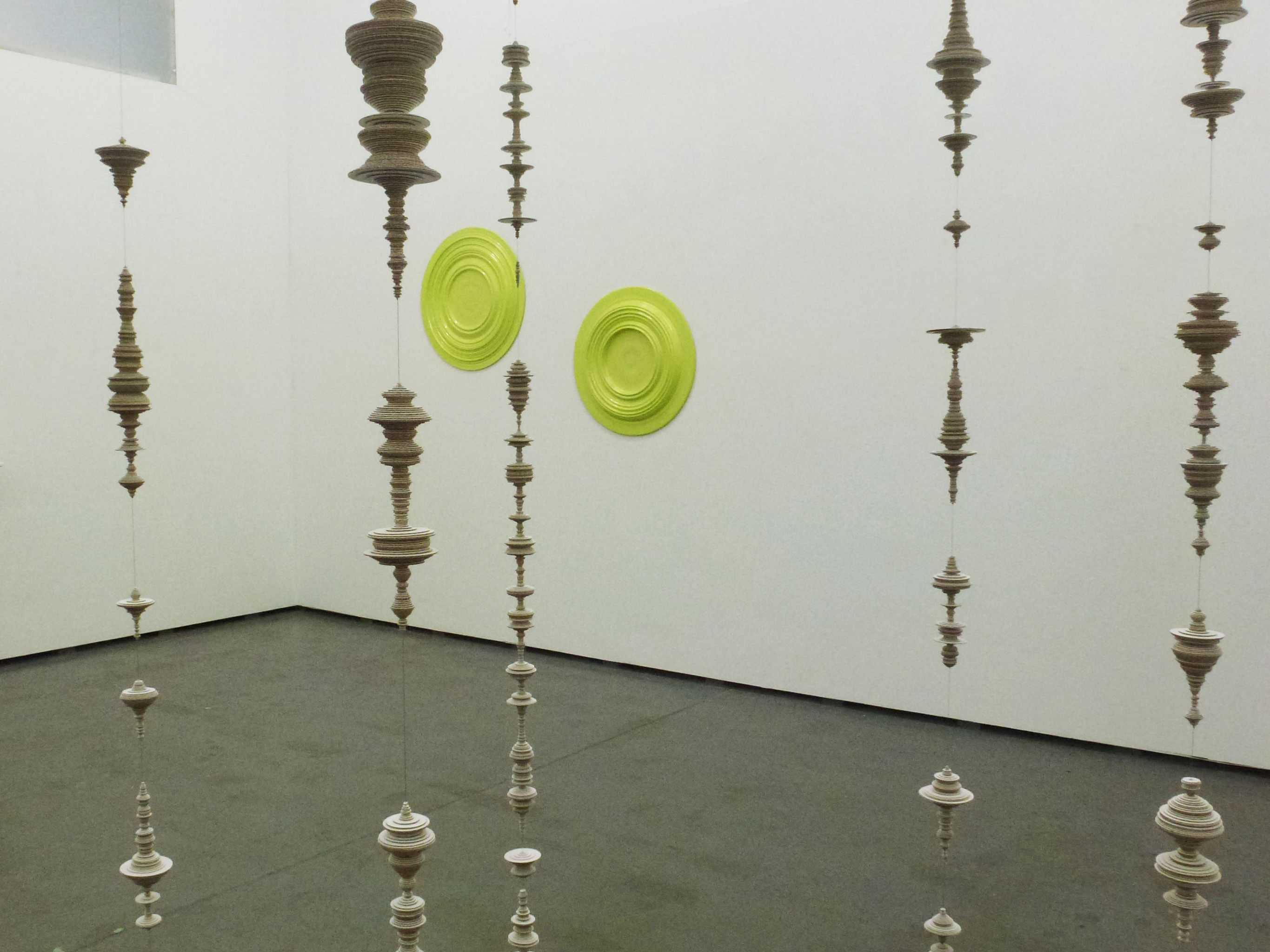 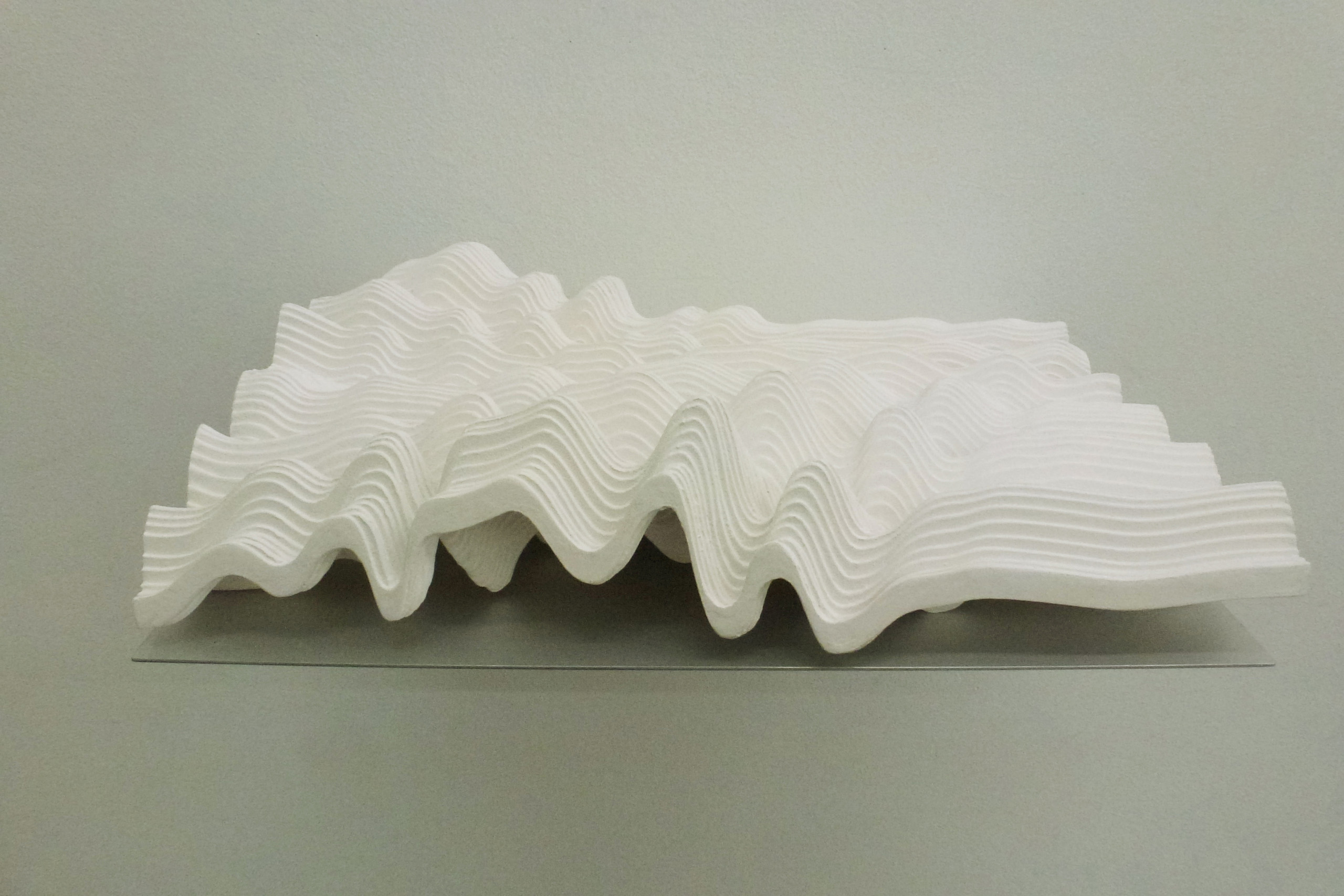 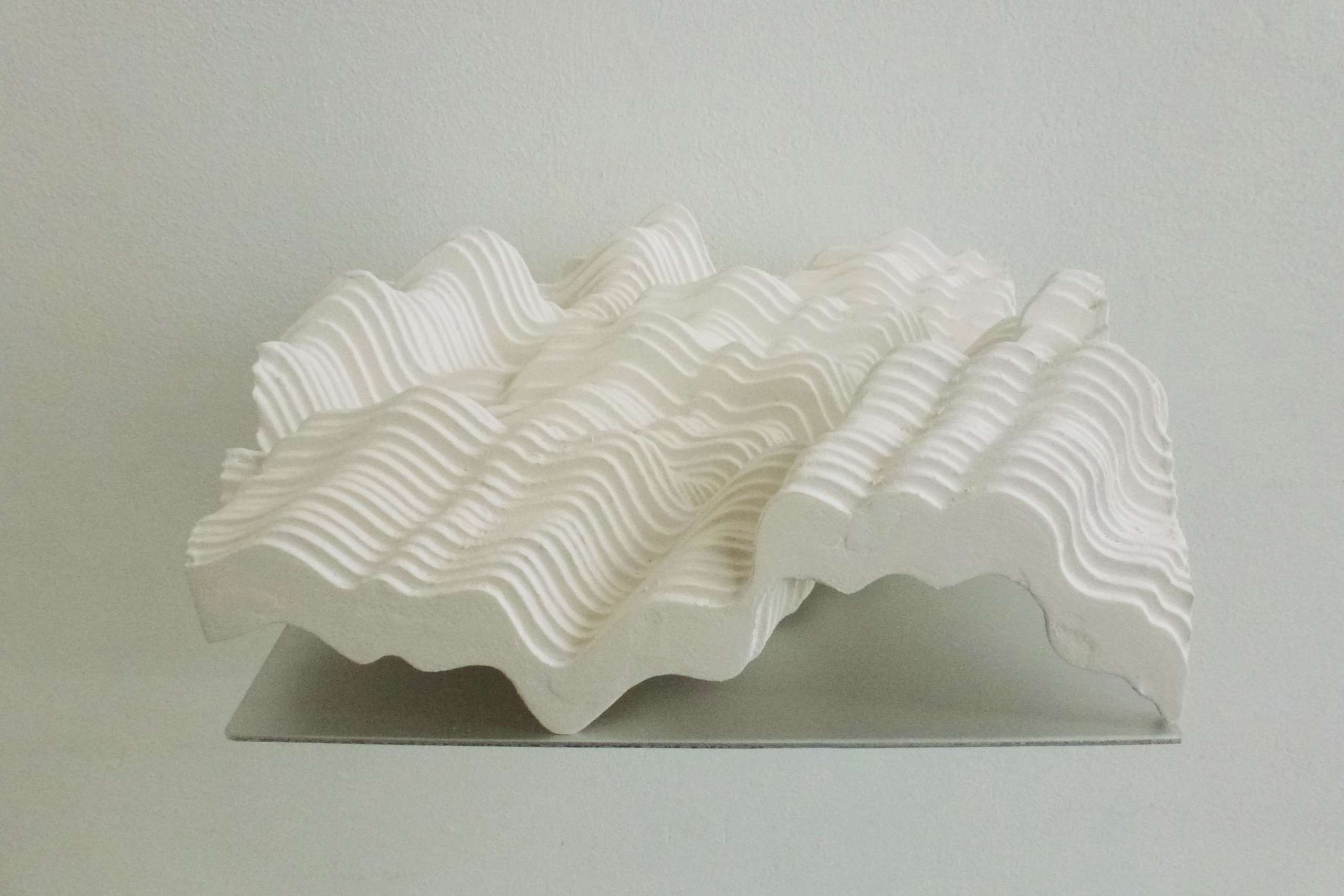 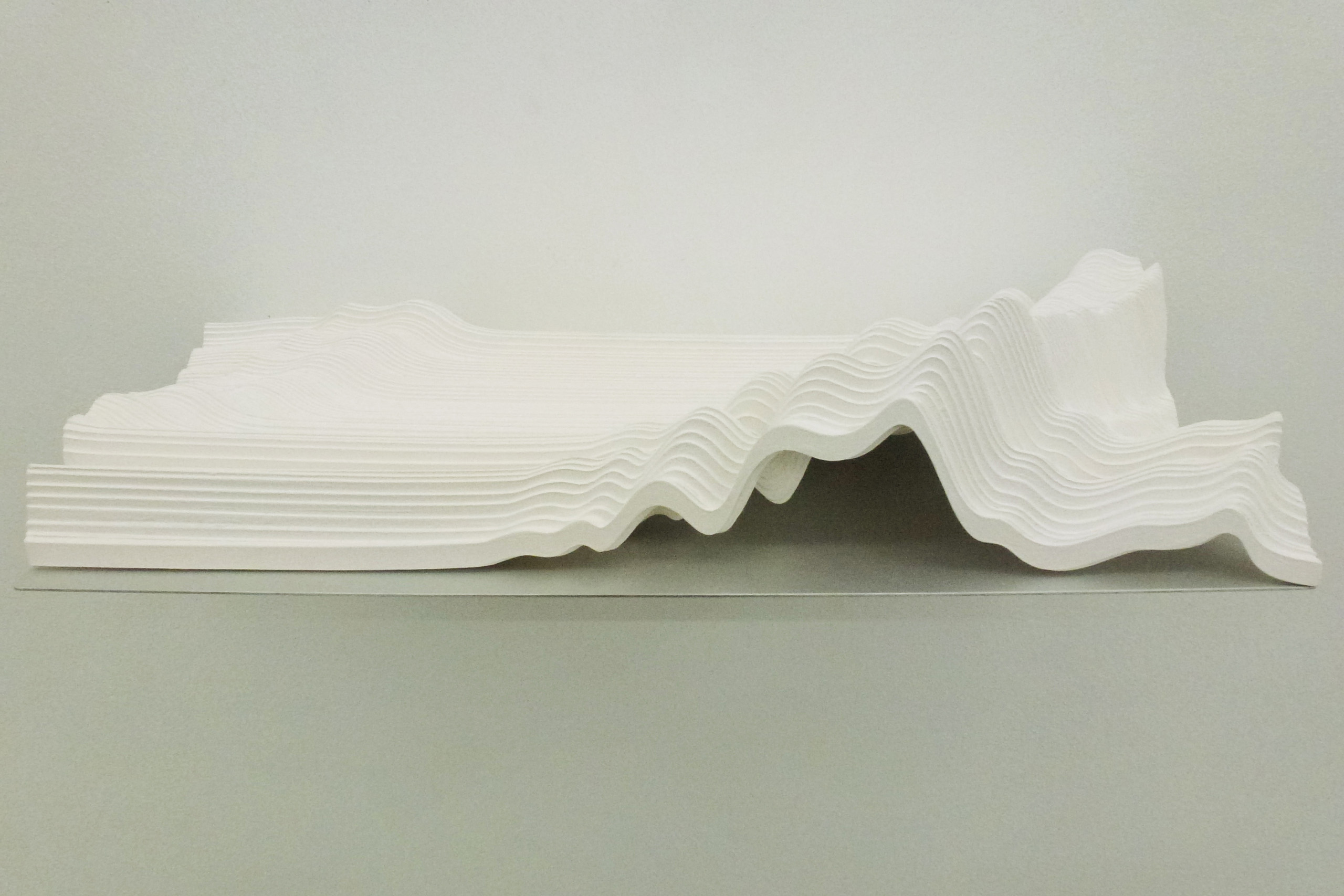 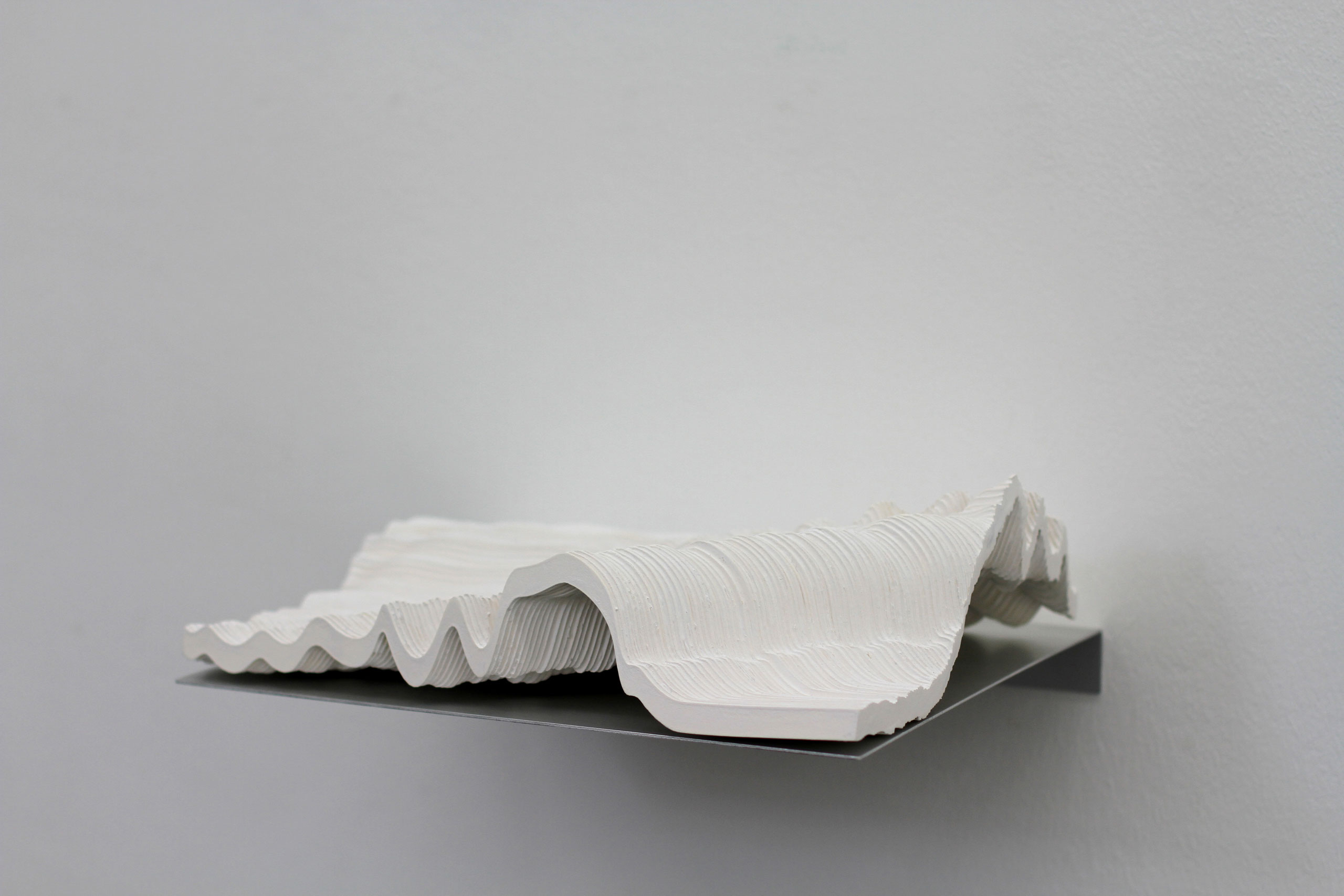 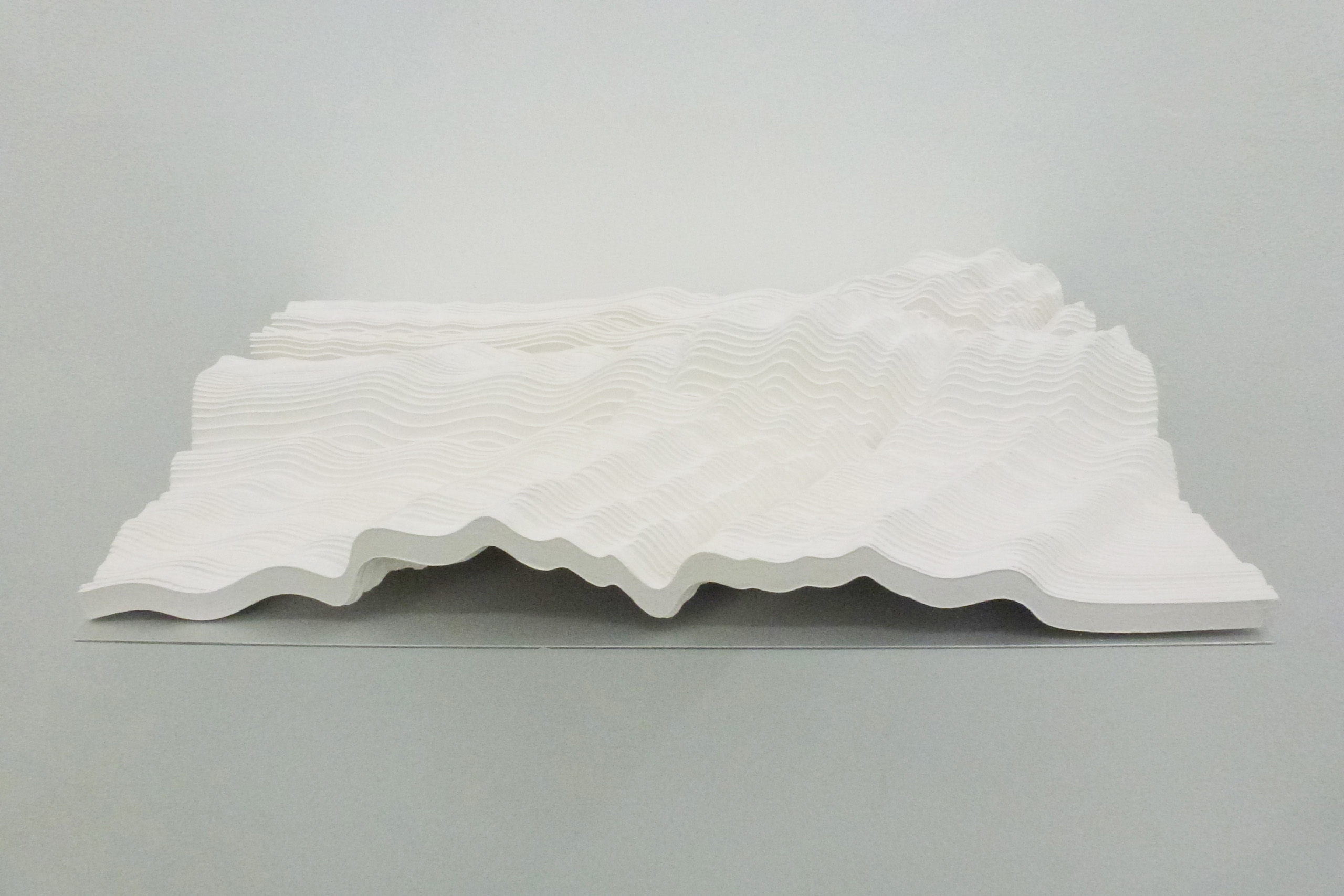 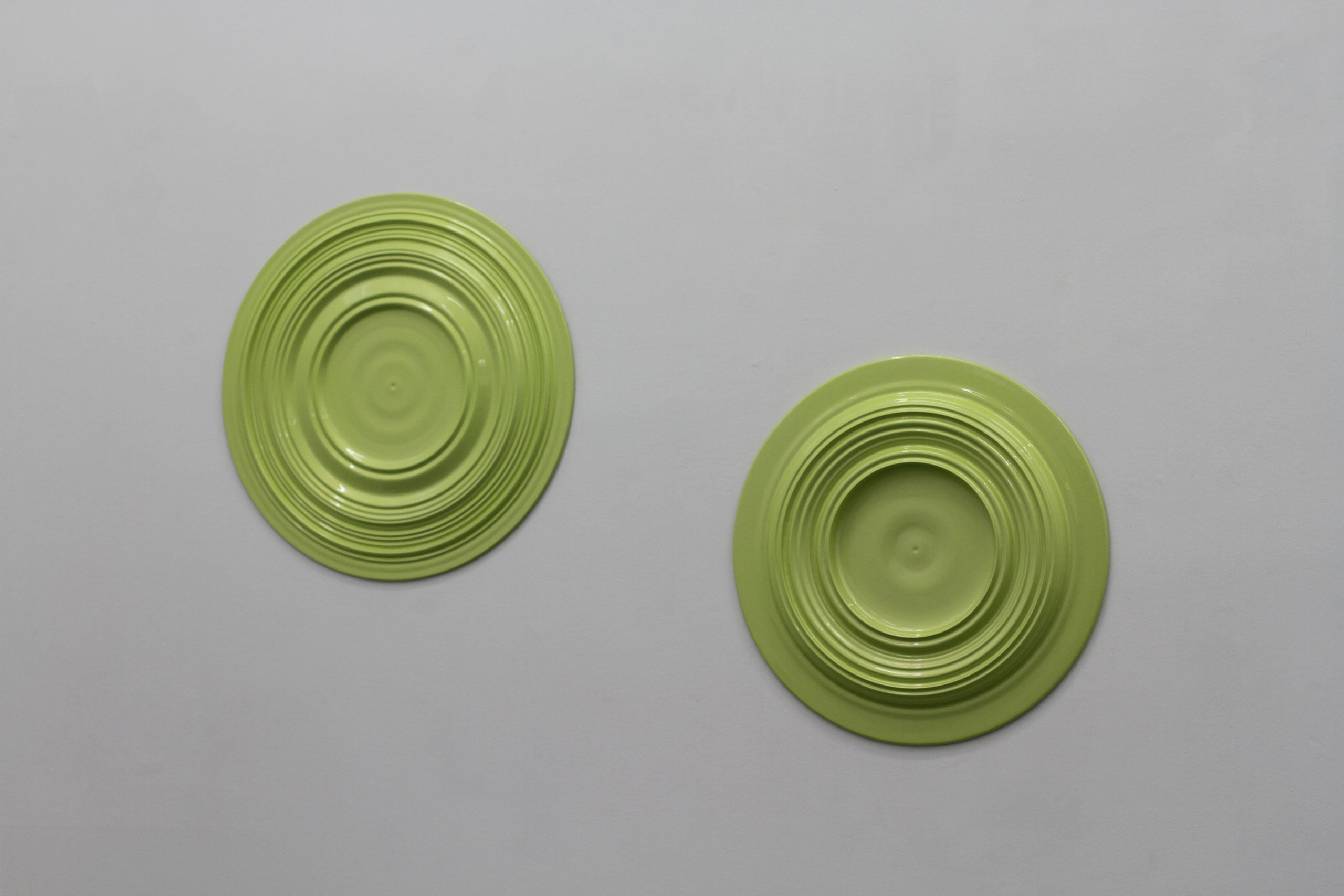 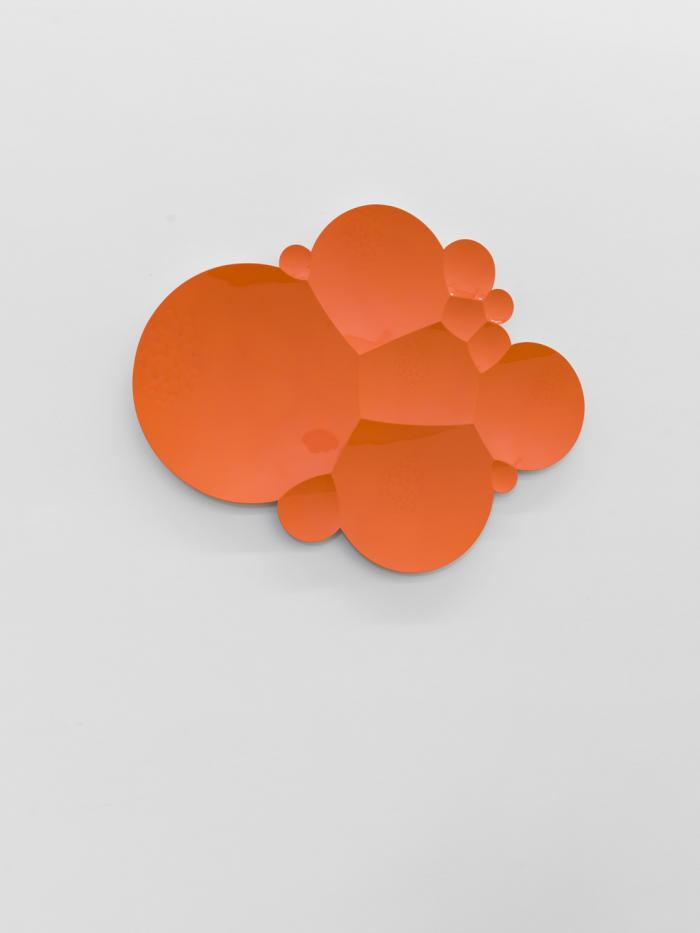 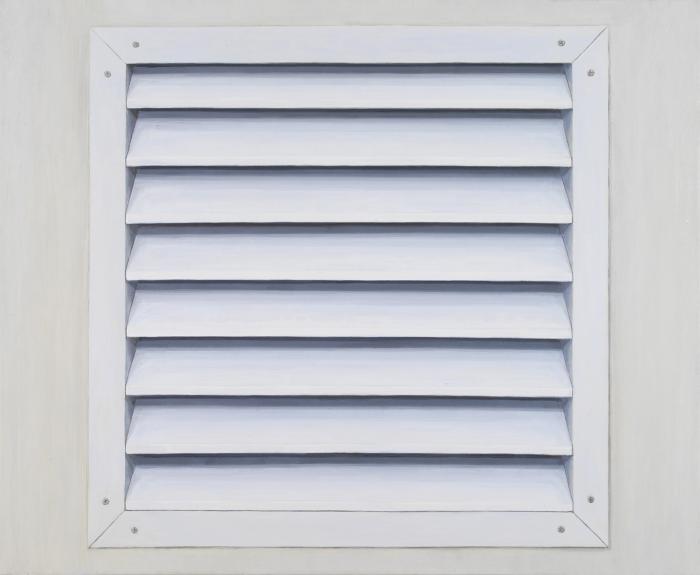