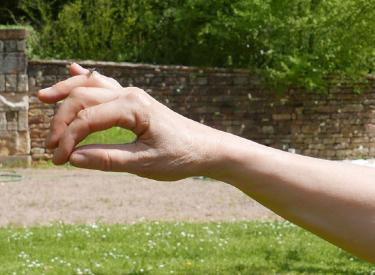 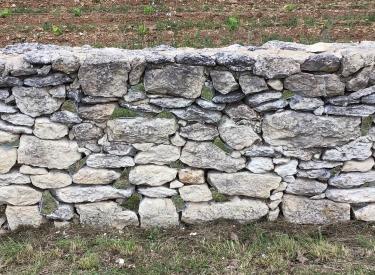 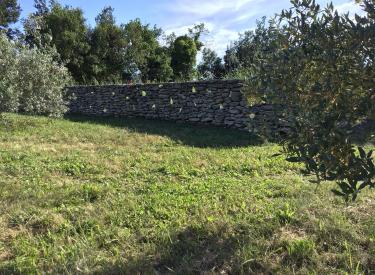 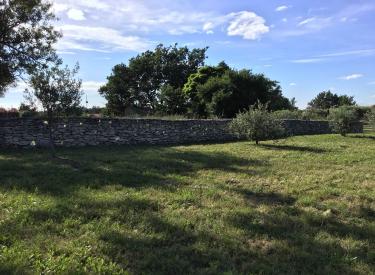 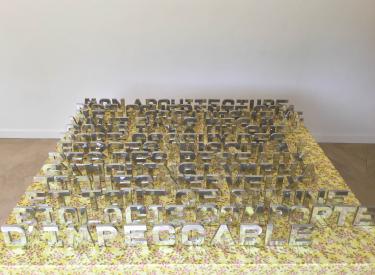 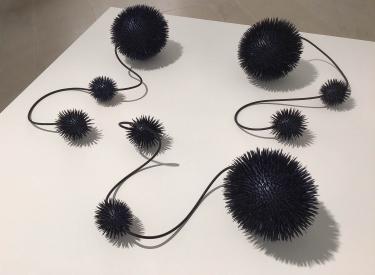 This summer, the artist Carmen Perrin, who lives in Geneva and France, will be showing a site-specific work titled Double distance in the open air at Galerie Privée. The work - a play with reflections, light, and voids - deals in detail with our perception and the place.

On the inside three works are shown.

Nous sommes des déserts peuplés de tribus, de faunes et de flores, a sculpture as a reference to nature, which unfolds its forces in an animal, mineral and vegetable reality. Hidden between the fullness of a microscopic world that dwells within us and the infinite vastness, the work lets us suspect imperceptible worlds.

The second work Mêmes les maisons attrapent la coqueluche works on different levels of perception and understanding. In order to read the text, the viewer has to move around the installation, the reflections accompanying him and the letters appearing at times like transparent crystals.

Lignes de forces in glossy vinyl chrome is part of an edition realized at the Sicli Pavilion in Geneva as part of the art intervention for the inauguration of the House of Architecture in May 2017.