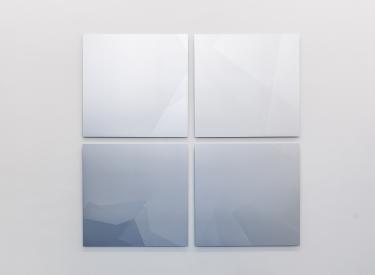 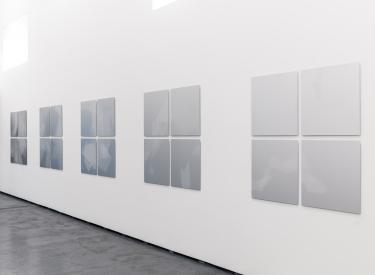 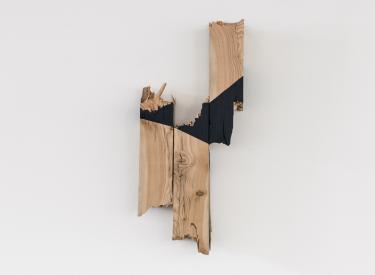 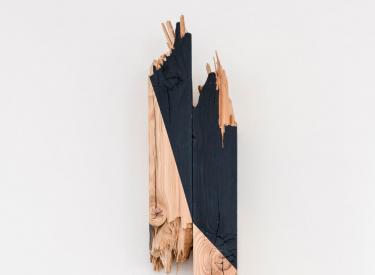 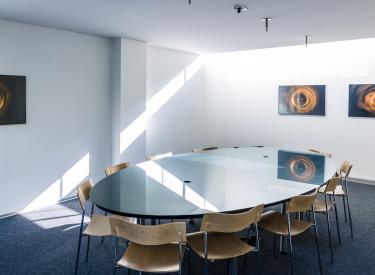 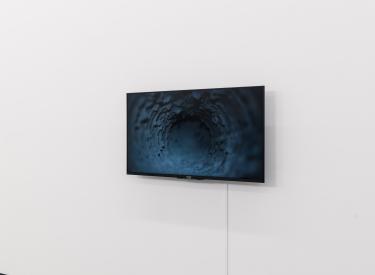 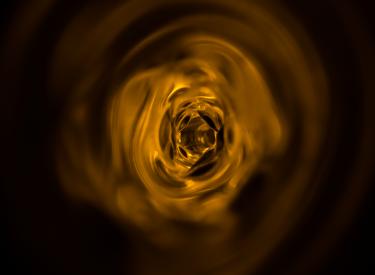 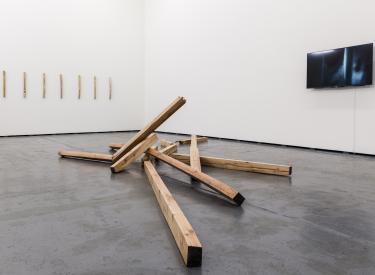 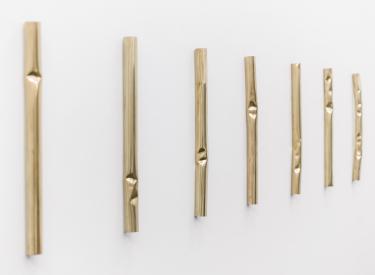 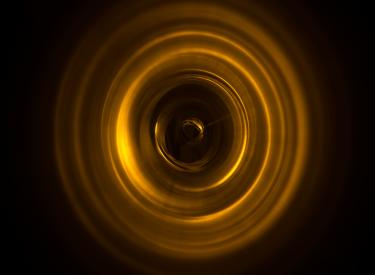 The groups of works by Christoph Bruenggel currently on display in our gallery may look very different from the ones we had the pleasure of presenting during his first solo show here back in 2013. Look closely, however, and you will see that he is still exploring the same issues of polarity of aesthetic order and disorder, and of the physical cycle from construction to de-construction to decay to restoration.

Krise #8 is a striking floor installation of restored timbers. The piece bears close resemblance to How to Completely Disappear shown here in 2013. While retaining the formal characteristics and temporality of his material in terms of fissures and distortions, the artist first manually restored the wooden poles by removing their patina. Next, the four-meter-long poles were crushed in a hydraulic press. Black paint was applied to part of their surfaces to create a clearly-defined geometrical design. Strong, straight lines contrasted with the physical fragmentation of the organic material. To complete the cycle described above, the fragments were finally rearranged. The piece was evocative of toy blocks or of some disaster – associative polar opposites that could not lie much further apart.

In the Quadrophonics series, the artist has developed ideas explored in an earlier installation: in Shift, spray paint was applied to sheets of paper, some of which were then moved. The density of colour hinted at their trajectory and initial location. In Quadrophonics, sets of four large aluminium panels each create an individual motif. While this series again relies on chance and randomness, the visual impression is of more intense white noise. Also, while in Shift coats of paint were added, here the surface layer has been lasered off.

klandestin is an intriguing video exploration of abandoned, unused, condemned structures and spaces that no-one is allowed to enter. Criss-crossed with lattice-work, some of the openings are inaccessible. Elsewhere, passages lead into dark recesses. As the camera travels towards an entrance, we yearn to venture into the mysterious space beyond.

for VI may look like an intact form, an atmospheric ensemble evocative of individual organ pipes that have been arranged in an aesthetically pleasing way. Step closer, however, and you will see that each element bears evidence of damage, with a greater degree of deformation as the eye travels from left to right. The last tube on the right bears the most striking marks of having been struck with great force by a rock. In this piece, the smooth aesthetic and brilliance of brass is pitted against these traces of damage and destruction.

The series for VII provides a bridge across the chasm between klandestin and for VI. Here, we catch a glimpse of the interior of the tubes that is not usually accessible to the eye, and of the deformations caused by the impact of a rock.

Brünggel's ability to reveal these contrasts and polar opposites in different media in a wide range of artistic ideas and techniques is remarkable. 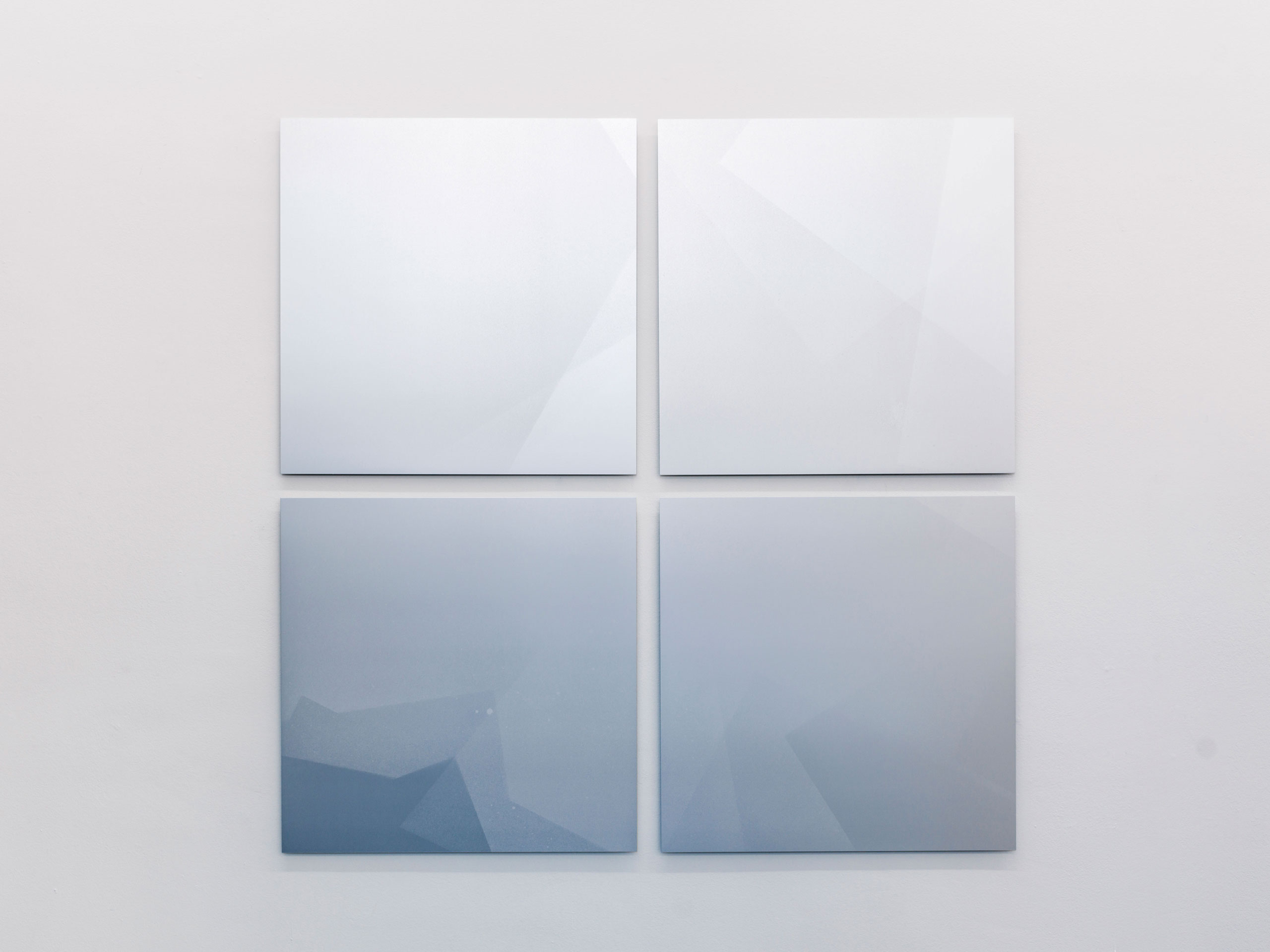 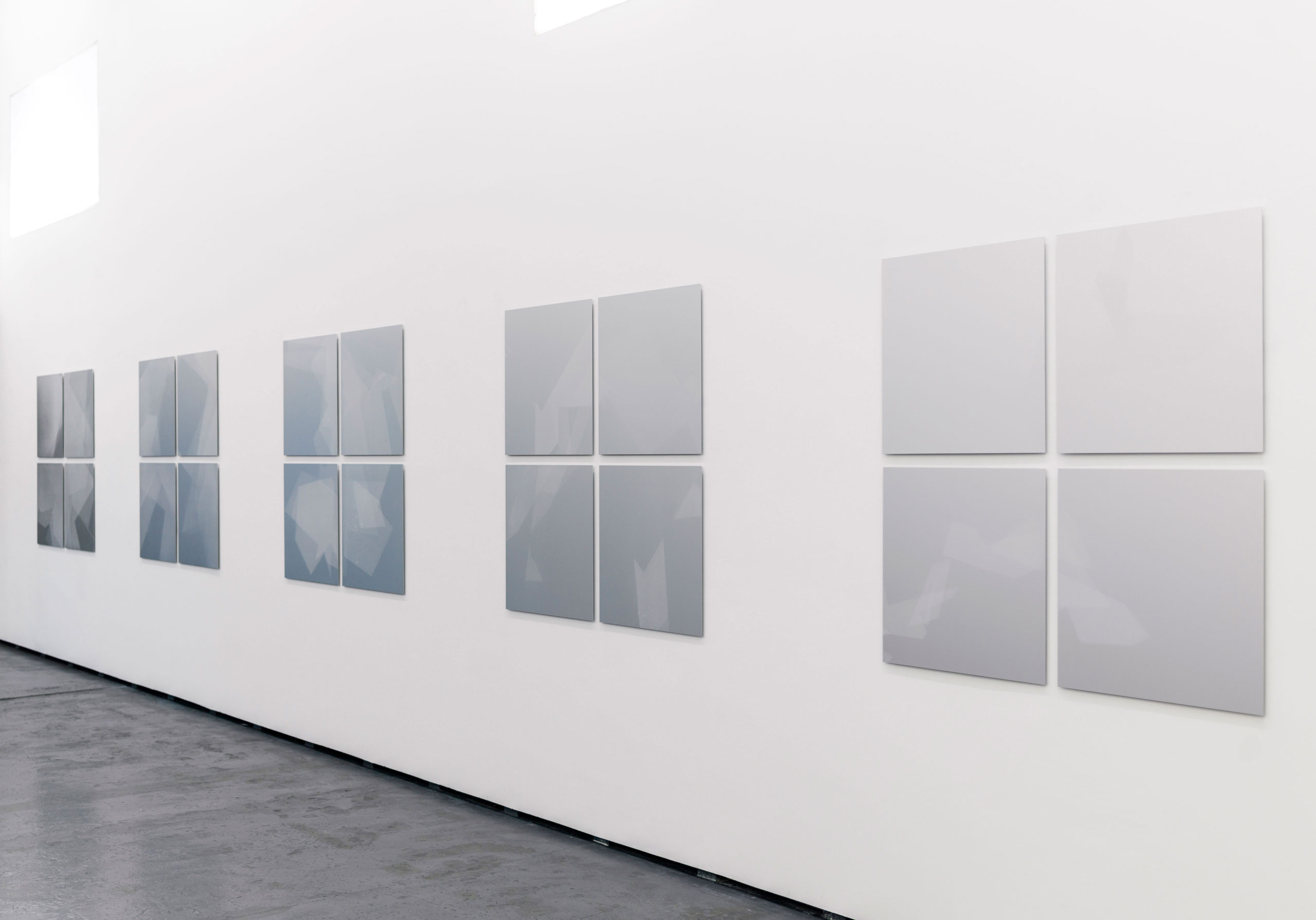 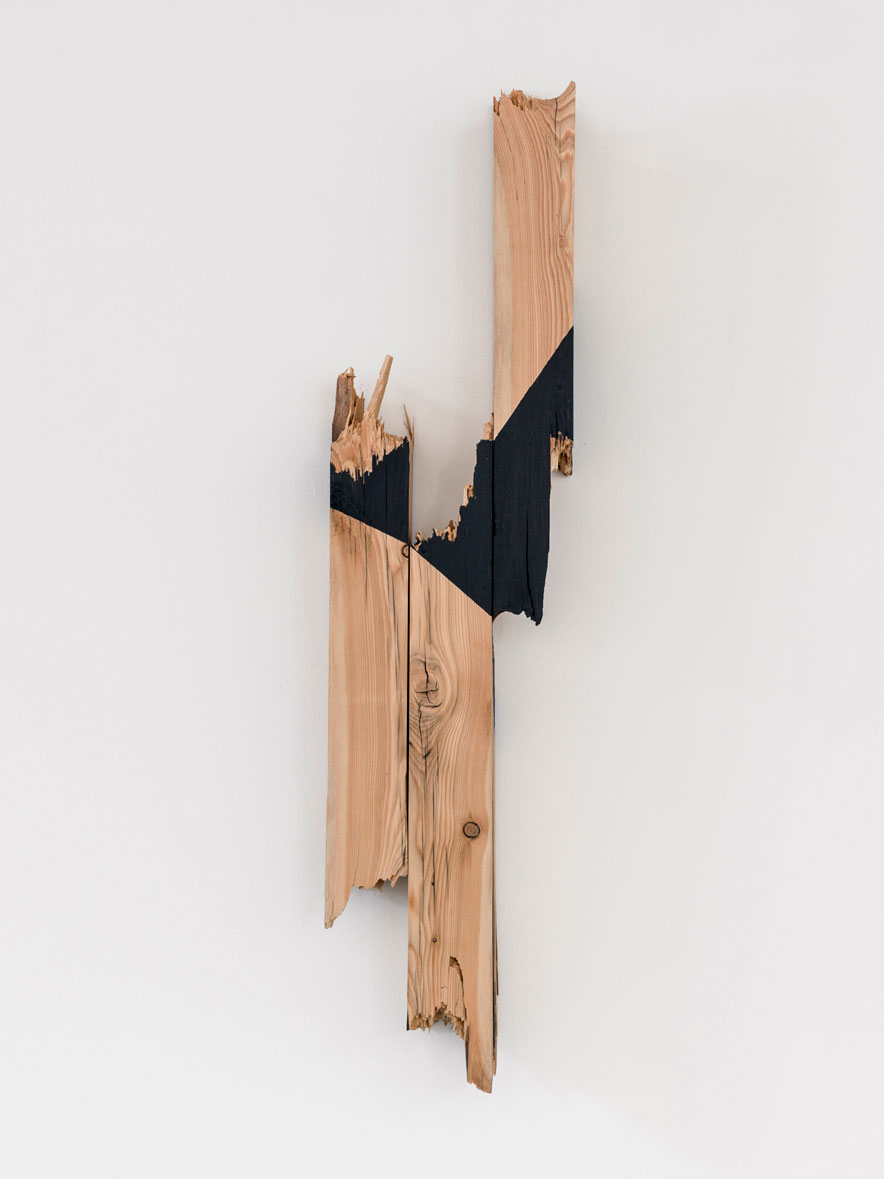 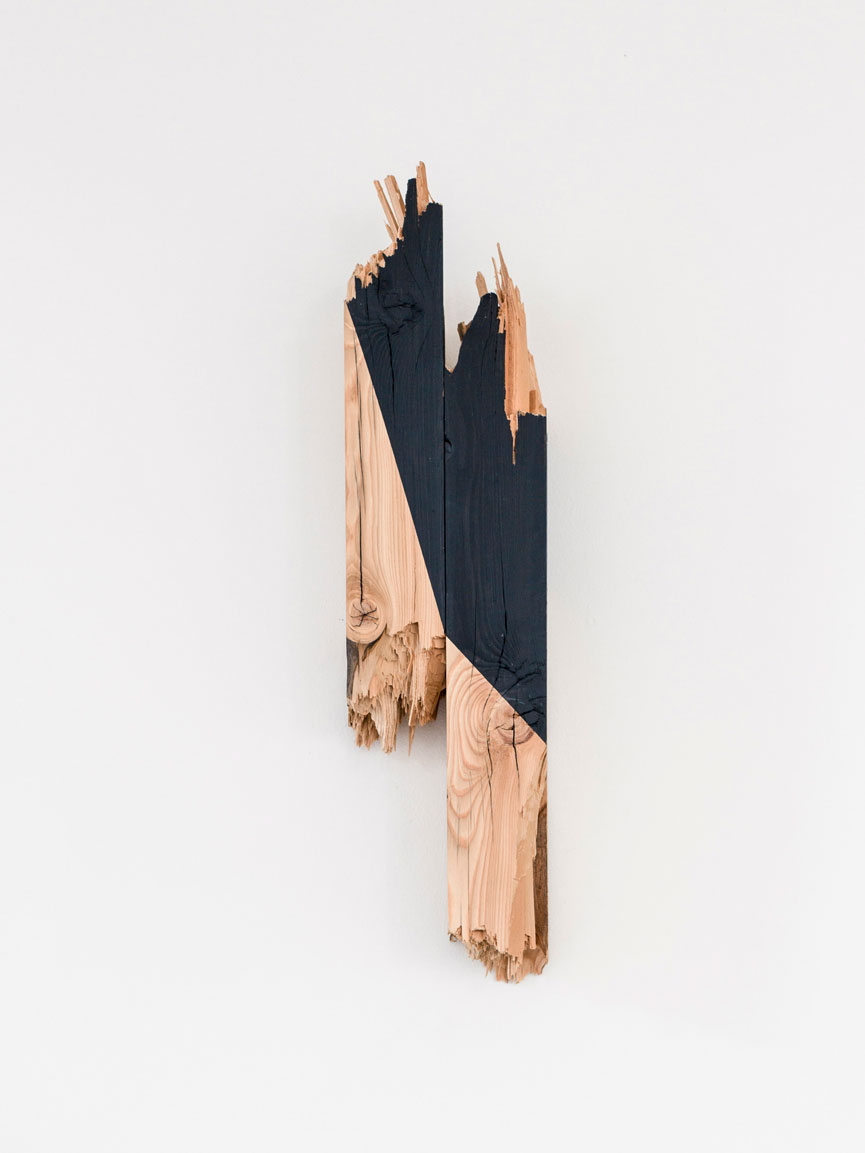 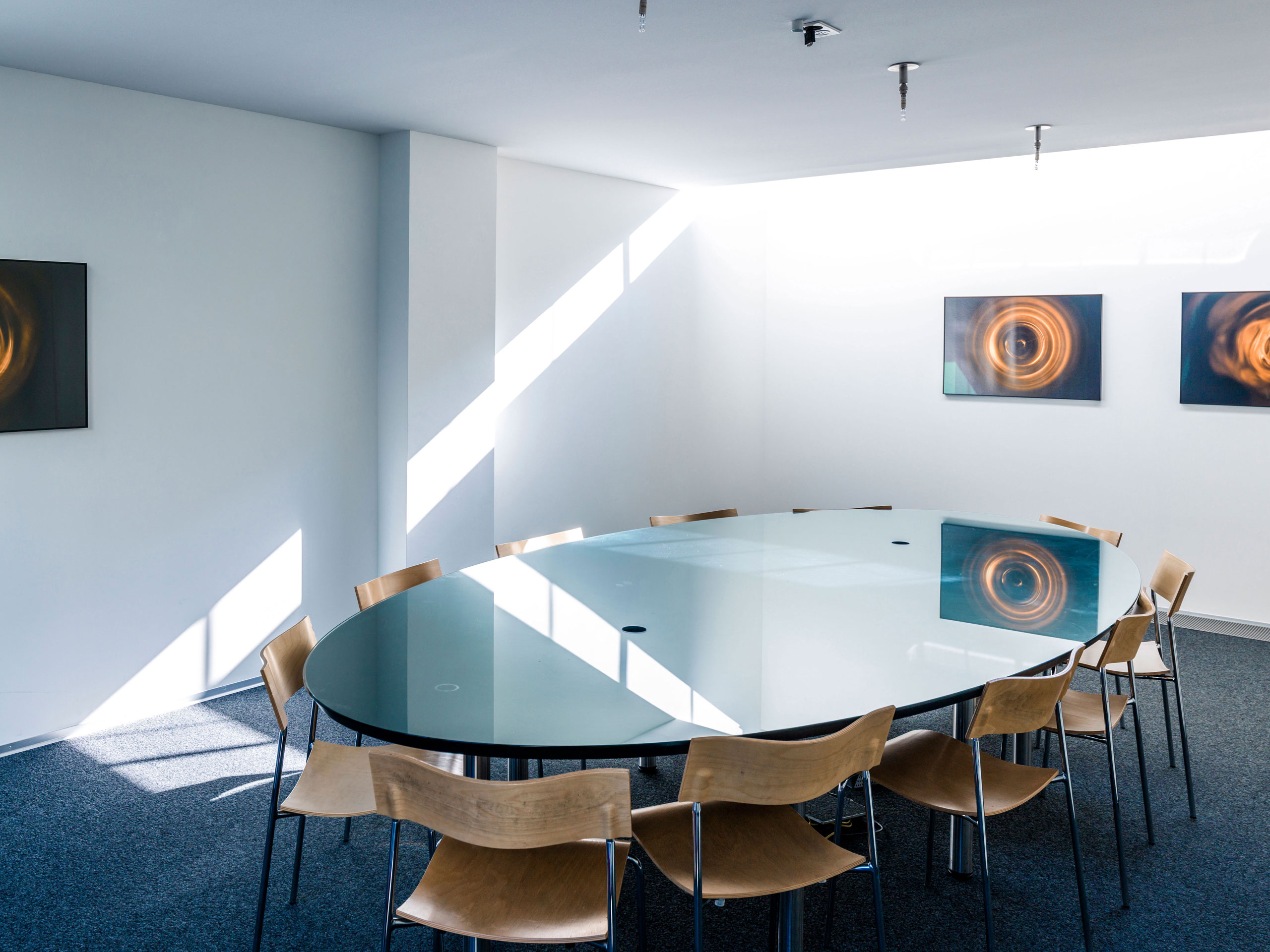 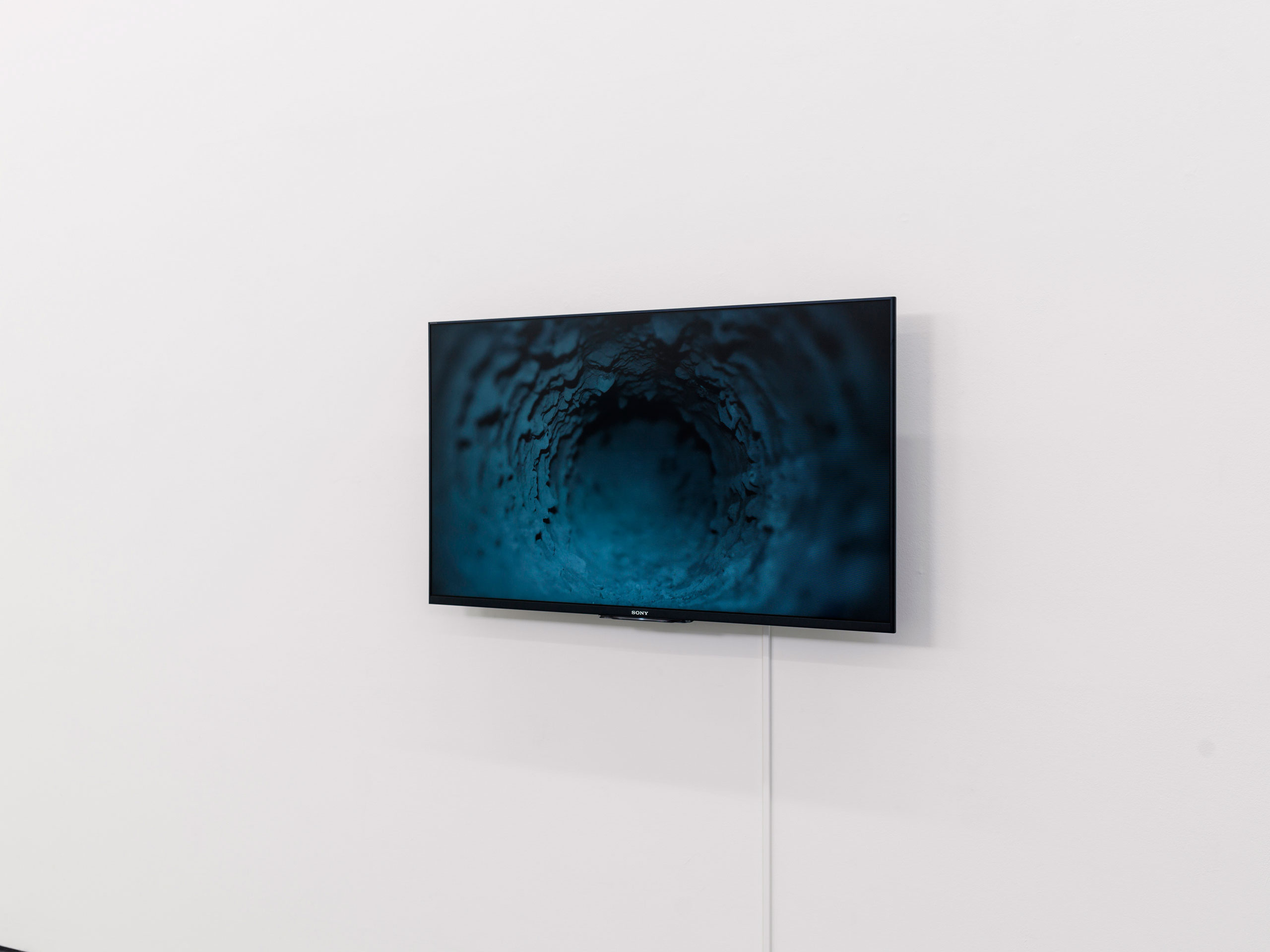 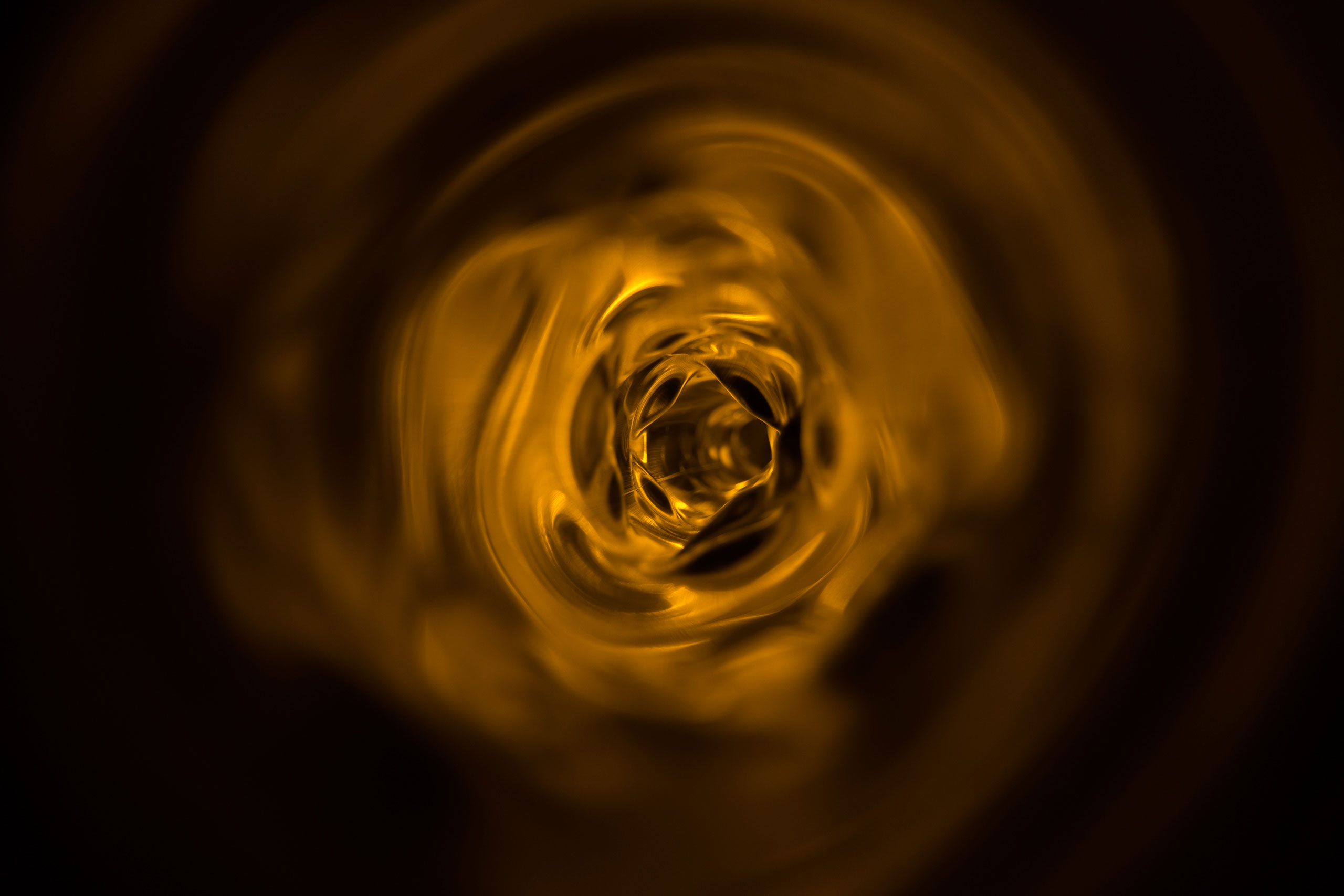 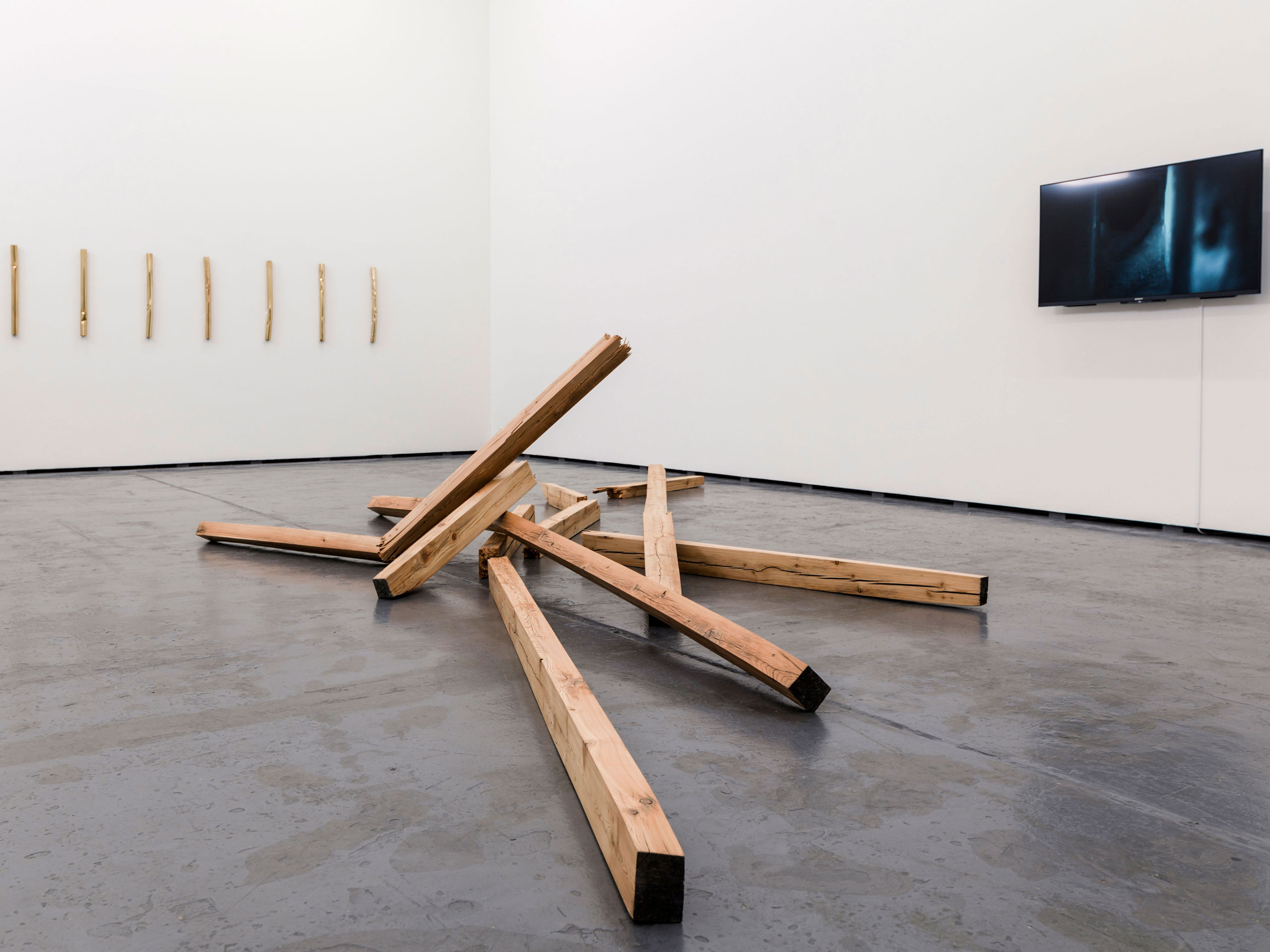 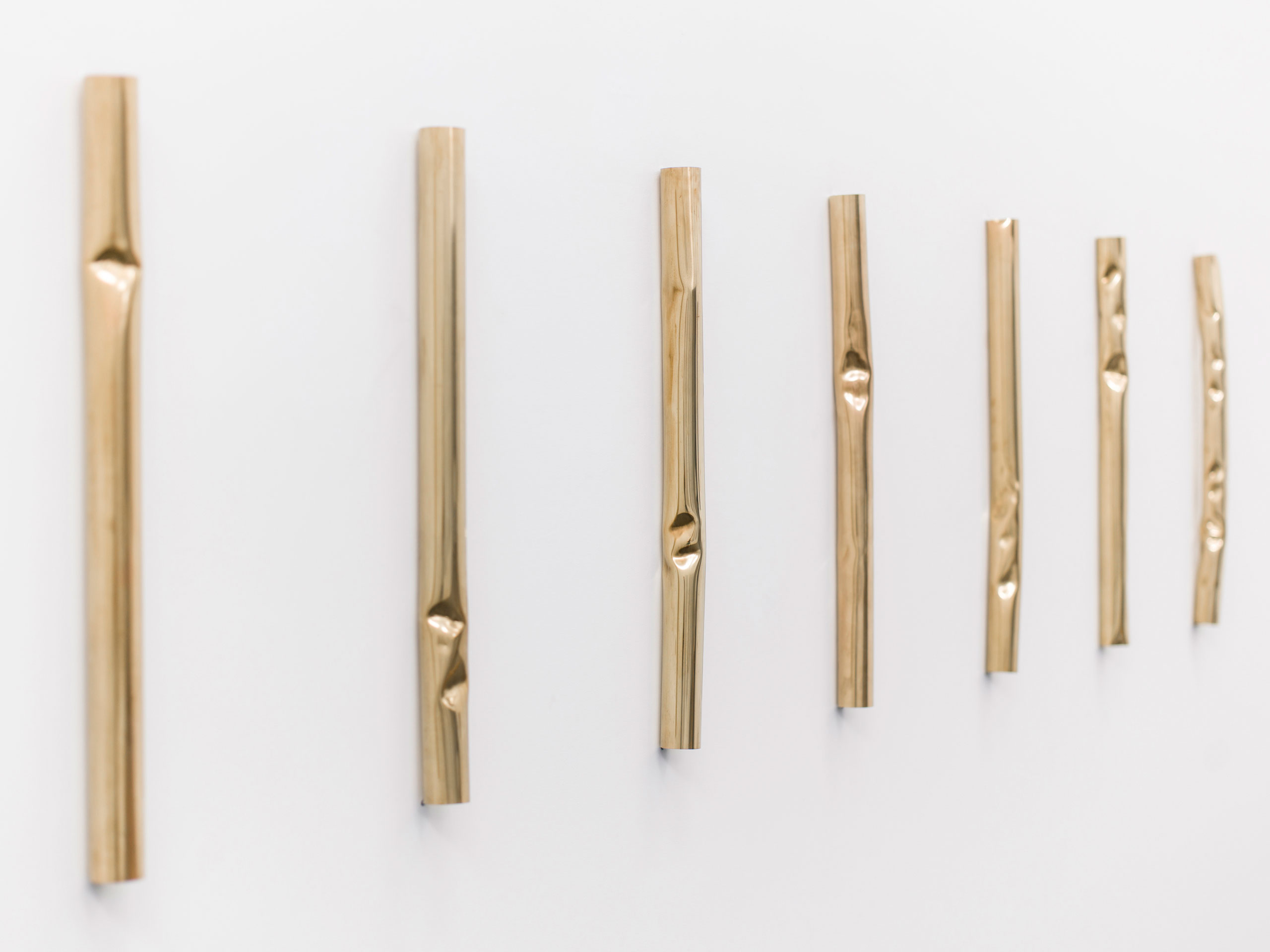 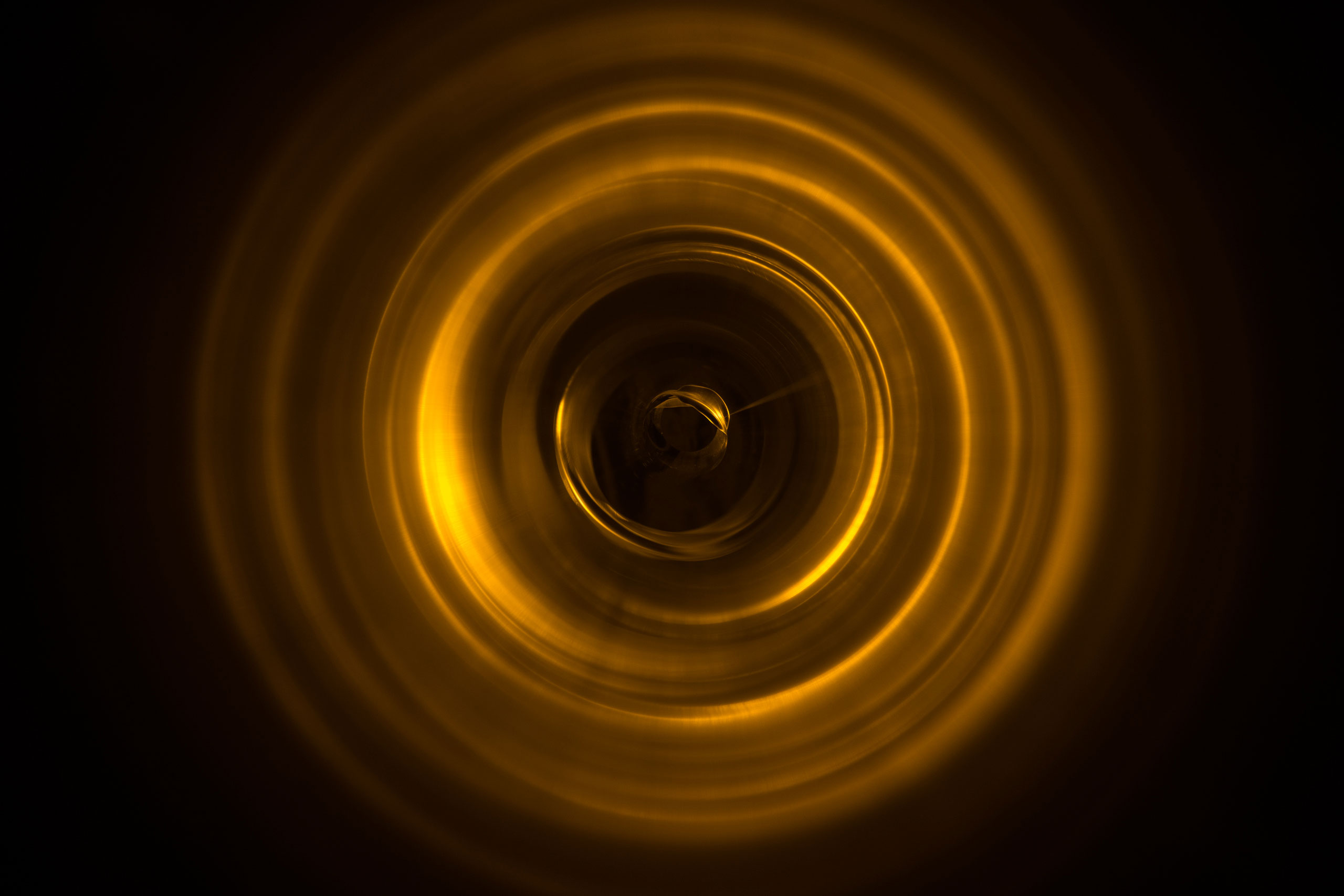 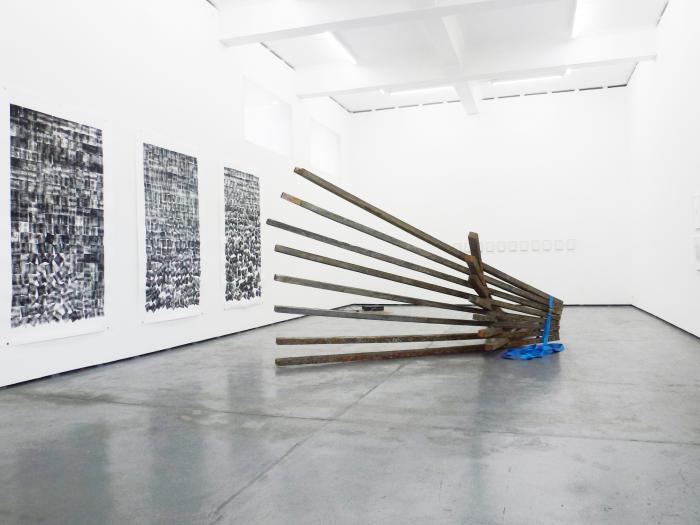