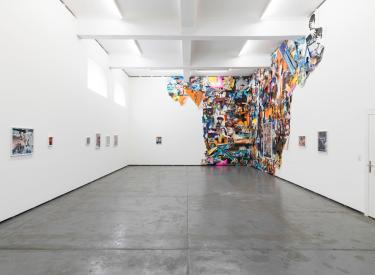 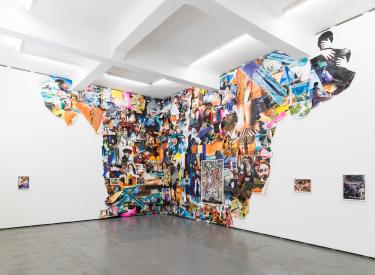 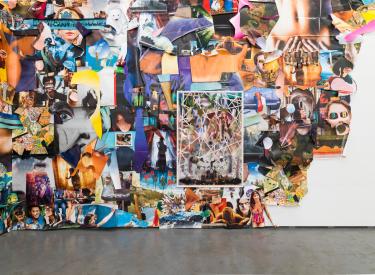 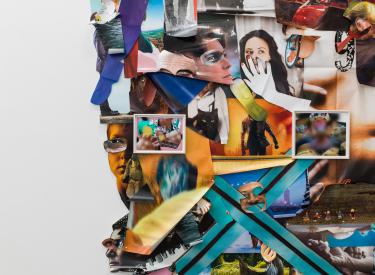 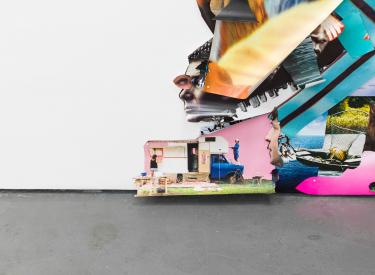 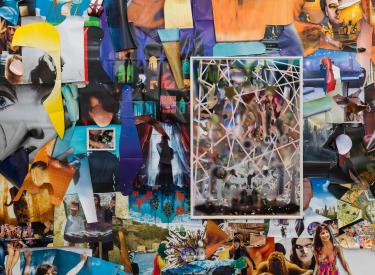 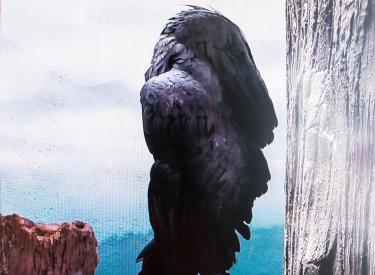 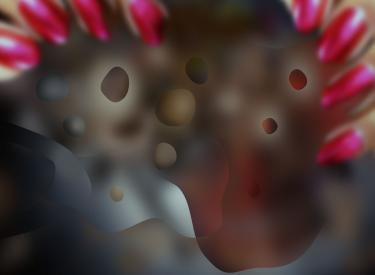 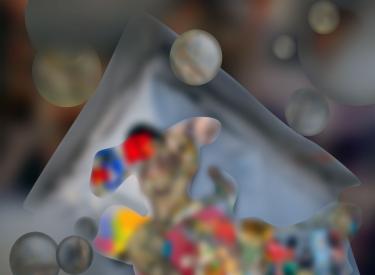 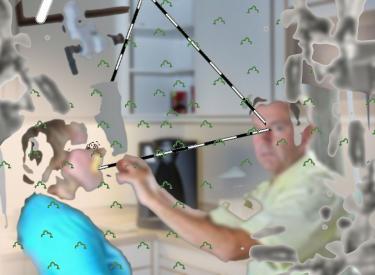 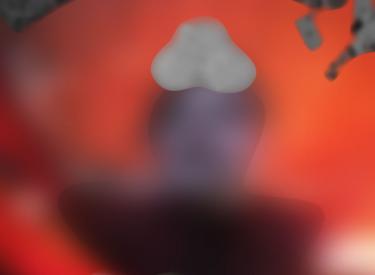 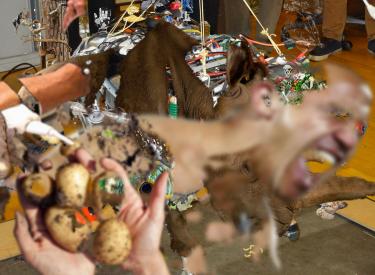 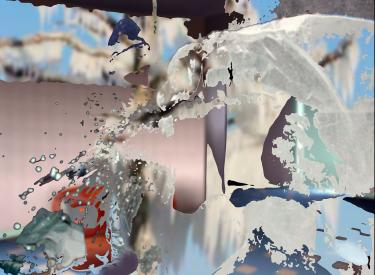 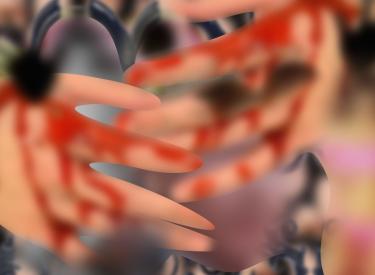 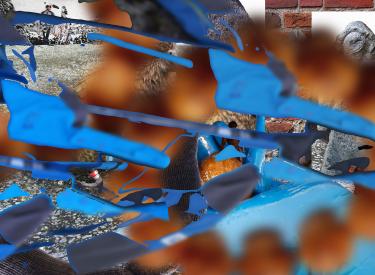 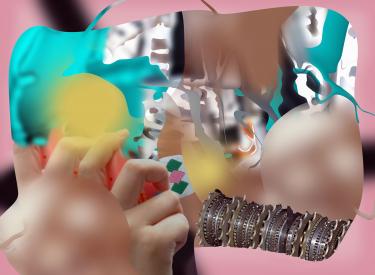 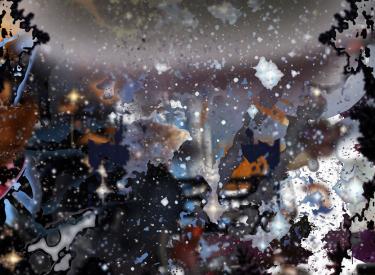 Unentwirrbarer Busch am Rande der Schlucht is Christoph Schreiber’s sixth solo exhibition at Galerie Bob Gysin. Each piece in the current series is composed of countless small fragments. His work titles, some of them quite topical, bear witness to his artistic curiosity. They provided the search terms as he trawled the vastness of the internet for images suited to further treatment. If, at first sight, the digital collages may perhaps evoke confusion, all the elements ultimately come together in kaleidoscopic pieces that evoke numerous playful associations, and whose many convoluted tracks lead to new avenues of ludic and intellectual interpretation.

A large-scale collage – or assemblage, actually, as it has been tacked straight onto the gallery wall – may be considered as a tactile companion piece to Schreiber’s digital works. Unlike those smaller, framed pieces, however, this one was conceived for exhibition space at Galerie Bob Gysin.

It may be challenging to anchor Schreiber’s works in art history. What can be said is that the artist has always been deeply influenced by painting. In this series, the surrealism of his earlier works has given way to a greater visual abstraction that will evoke many associations in the viewer’s mind.

Anchored in the here and now, Schreiber’s works appear to be highly artificial constructs. Yet at the same time, they also seem to be completely natural. In an attempt to convey notions and concepts from beyond the realm of words and images, the artist composes fragments into constellations that strike us as strange and familiar at the same time. Evidently, life’s essential troubles and frictions often reside in these contrasts. If Schreiber is engaged in the deepest possible exploration of what we call life, his main concern lies not so much in teaching than in providing a genuine viewing experience.

Please join us for the Season Launch, from 6pm, followed by a grill-party. With Galerie Mark Müller and several art galleries, in and near Zürich's Löwenbräu Areal.