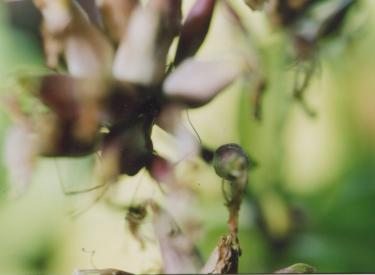 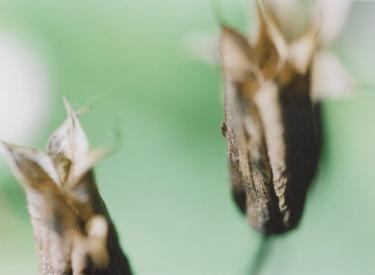 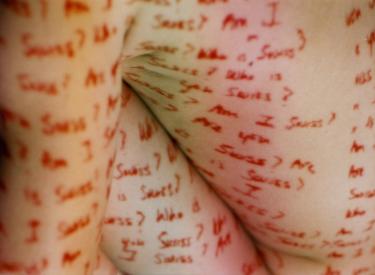 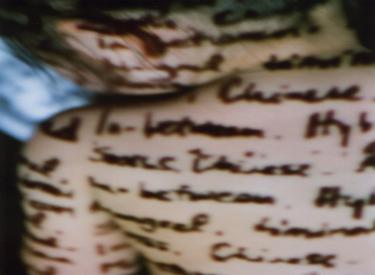 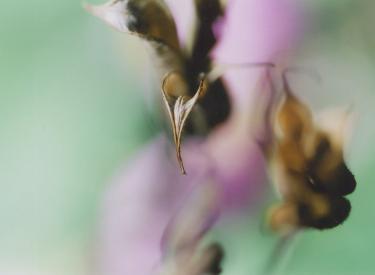 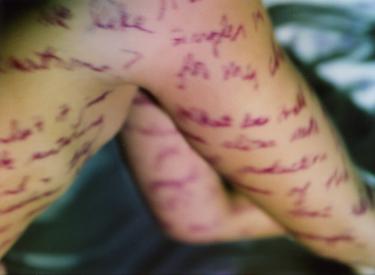 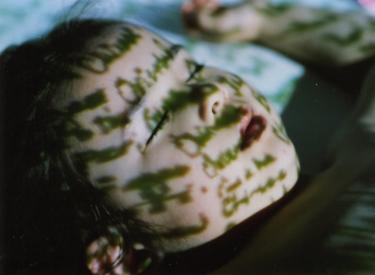 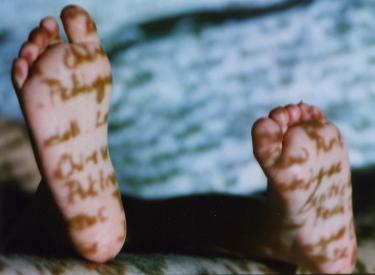 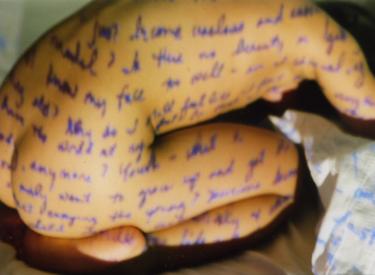 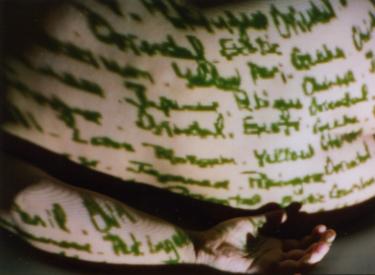 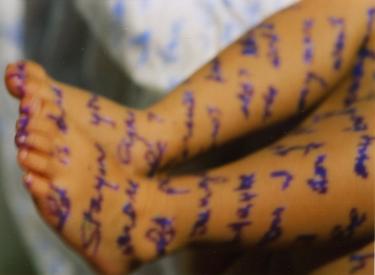 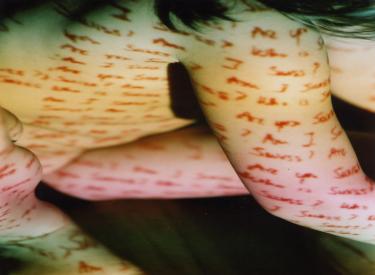 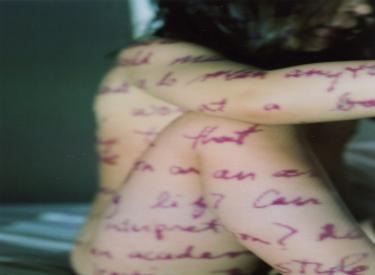 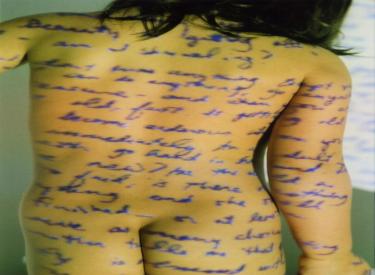 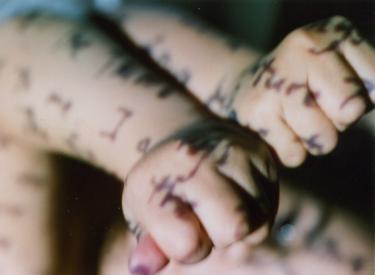 With “Projections” Teresa Chen presents a fascinating aesthetic interaction between writing and smooth skin. In her works the artist reaches for a seductive amalgamation of enigmatic writing and sculptural body masses. As it is characteristic of her work, she places the sensual beauty in a state of tension with the unfathomable, abysmal, repulsive and transitory.

In her new work cycle Teresa Chen shows the exposed body of a girl. On the body surface she projects texts, which at first sight seem appealing on the soft skin. However, the pictures also contain something violent, such as tattoos, scribbles, texts hard to decipher; all inscribed on the child’s body. The black saturated letters cover the body parts extensively, while the finer, red colored letters evoke/ remind of skin scars.

Through the projection surface the child confronts the mother with questions about origin, identity, as well as meaning and purpose of life. Every single textband determines a work and it is insistently repeating: “Who am I? What am I? Who do you think I am?” / “Am I Swiss? Are you Swiss? Who is Swiss?” / ”Swiss. Chinese. American. In – between. Hybrid. Mixed (…)” / “The future belongs to me. I am the future. Is there a future?”

The artist achieves a compression of text- and image by folding them visually and content-related together. Through the projection of the “burning” messages on the naked body, Chen deals with the topic of heteronomy. The described opposite also stimulates the reflection on the question to what extend the identity of a person is determined through their skin. Chen already tried to answer this question in her earlier works, and also that time she used the body.

In previous work cycles the artist used to put pictures of body parts almost compulsorily together. On the contrary, her fourteen “projections” are, though integrated in a series, single images. The body parts as such are not abstract parts of an image anymore. By reducing the abstraction level the artist strengthens the content of her works. This is also confirmed by the contrasting inclusion of three pictures of faded flowers, with which Chen stretches the arch of the exhibition from the beginning of life until its ending.

Death of a Butterfly