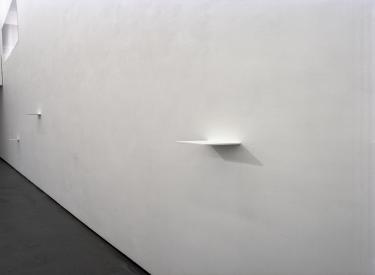 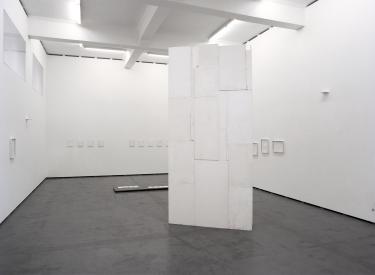 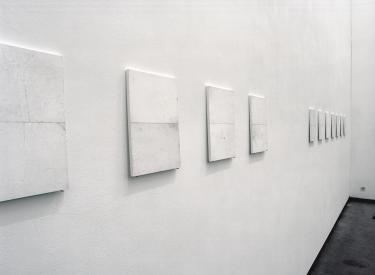 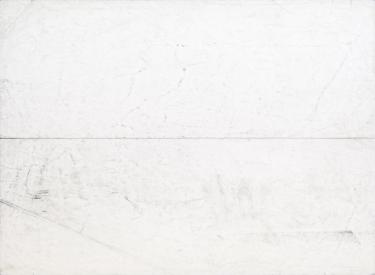 The Galerie Bob Gysin is pleased to first present Miriam Sturzenegger’s objects and drawings that stand out by their subtlety. The artist uses drawing as independent form of art - not as preliminary sketch or study. The feel in drawing is an important aspect - it is about a sculptural comprehension of drawing, drawing as intervention into the paper, as physical interaction with the paper, as digging, searching for traces and leaving trails.

The artist extends the concept of work - specific drawings are not limited to a single sheet of paper but cover several ones. Groups of works in A5-format are placed on small ledges; the artist’s approach differs from the one applied to individual works: usually, Sturzenegger moves within a specific field as given space she attempts to structure by setting lines. However, in multi-part groups she pursues the concept of thinking a form of motion that covers several sheets of paper, similar to a musical composition. Each individual sheet forms a unit whereas the tension extends to the following sheet. The multi-parted nature structures the motion and makes its thickness vary.

The wall-mounted objects made from paper and plaster are based on a conceptual graphic experiment. The artist carried individual sheets of A4-paprer, folded crosswise, around with her in her bag for various months. What sticks to these sheets of paper, what shows on them? When being unfolded, the fold becomes a horizon, a miniature image that triggers spatial relatedness to landscape and architecture. These documents are mounted on thin plasterboards. They turn the fragile, worn out findings into image objects. The mineral subsurface is solid anchorage for the deposition.

Comparable to the work mode applied for drawing is the one related to the creation of three-dimensional objects: white-painted wooden boards or panels, found by the artist, are put on top of each other to form fragile walls or cabinet-like structures in a seemingly temporary way of construction. The artist involves spatial and lighting conditions and thus creates objects that act as something in between sculpture and architecture. Her work «Behauptung»(“Claim“) focuses on the ambivalence between the wall’s monolithic appearance and fragility. The short distance makes monumentality fall apart and reveals gaps. The beholder looks at the space in between; the object appears somewhat like a drawing. For the object to develop a life of its own, the artist won’t use new and even boards but old ones that show signs of usage, which - on the white paint - appear like on spatialized paper.

Small ledges turn into wall-mounted objects - while the focus is actually not on them. Instead, the minimal sculptural intervention at the wall changes the spread of light on the same. The light «increases» above the ledge and decreases below it. This process cannot be controlled - caused by the incidence of daylight and the use of artificial light sources, it changes throughout the day. The artist records these changes and thus sharpens our perception. 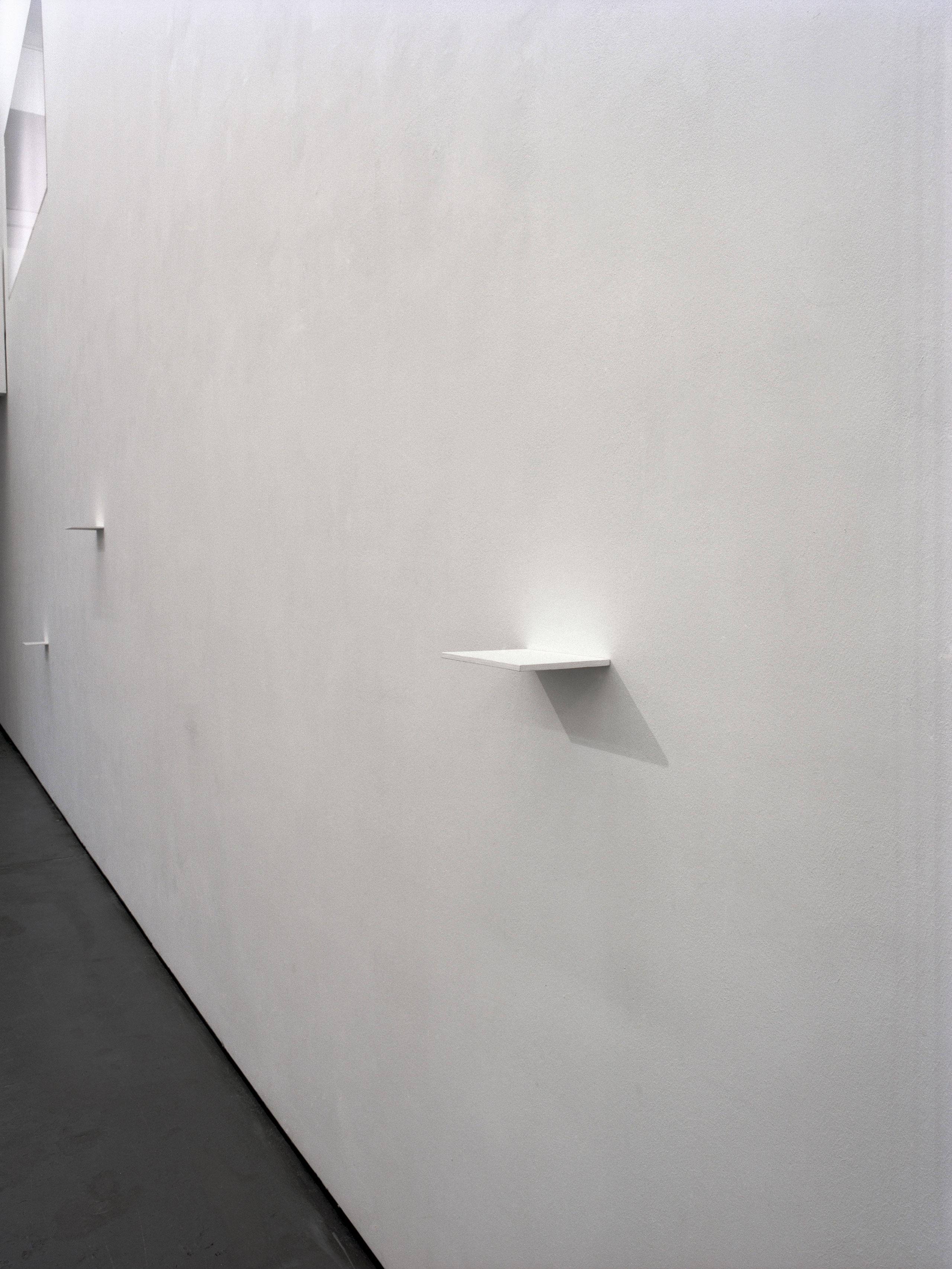 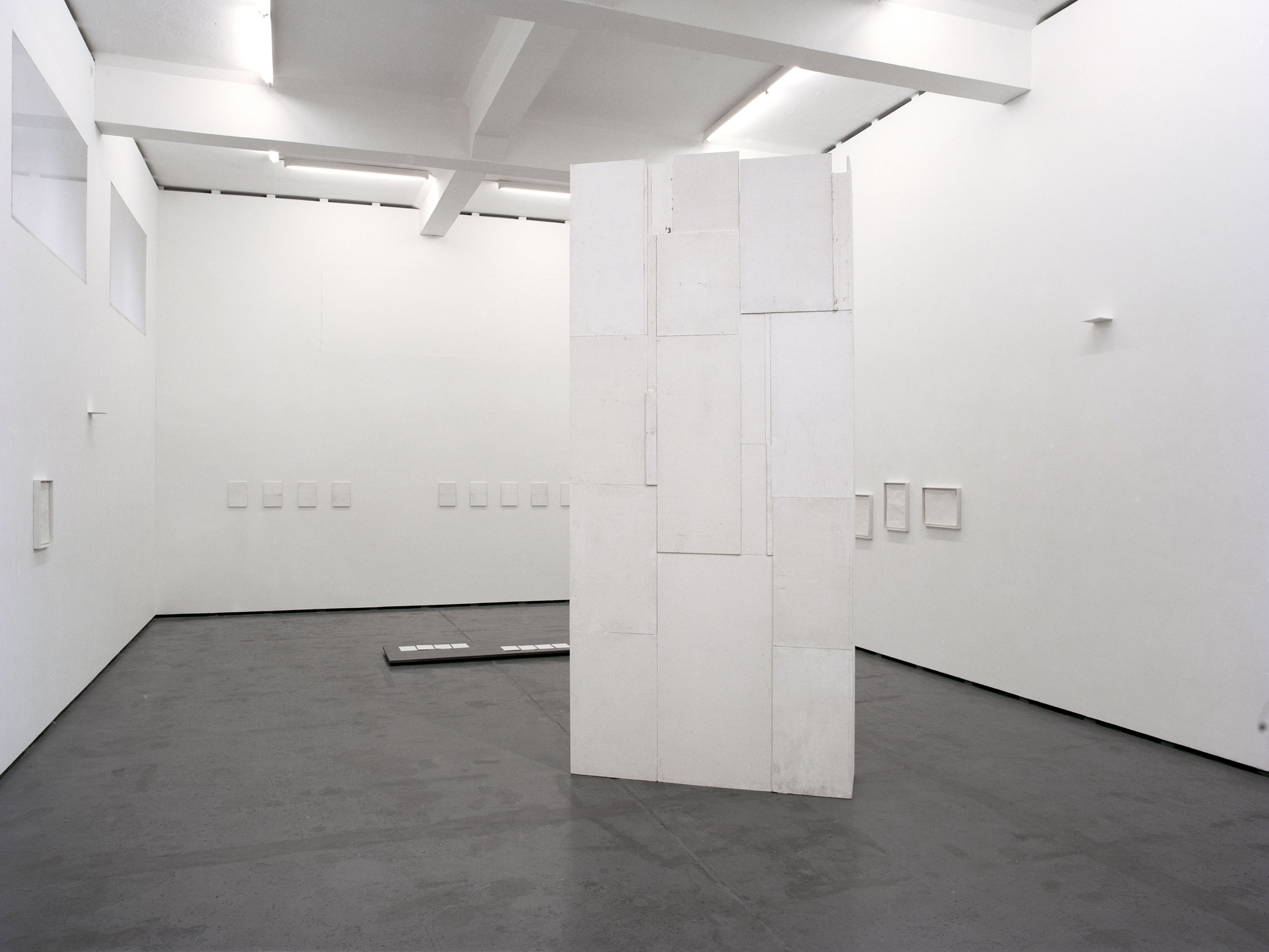 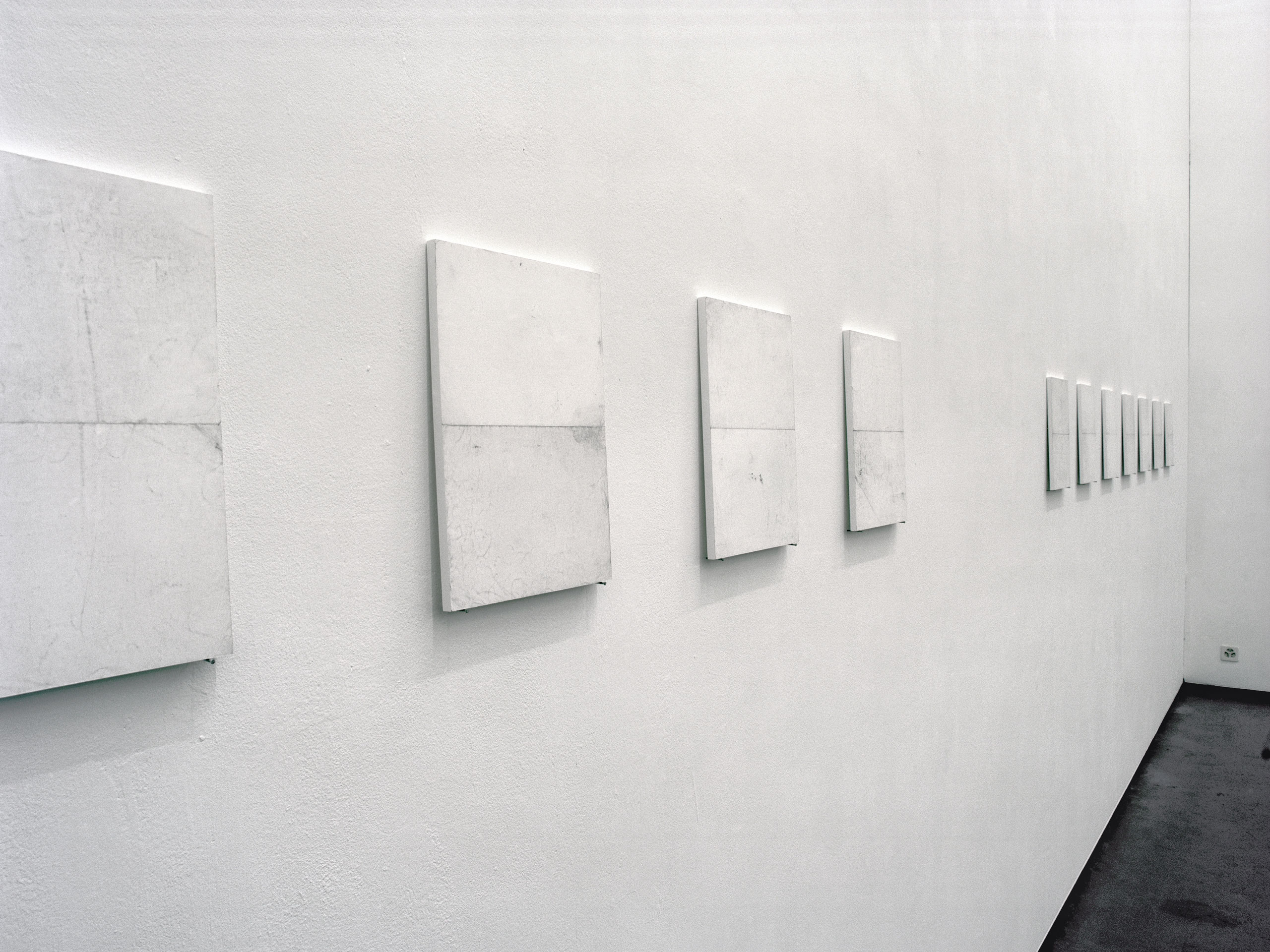 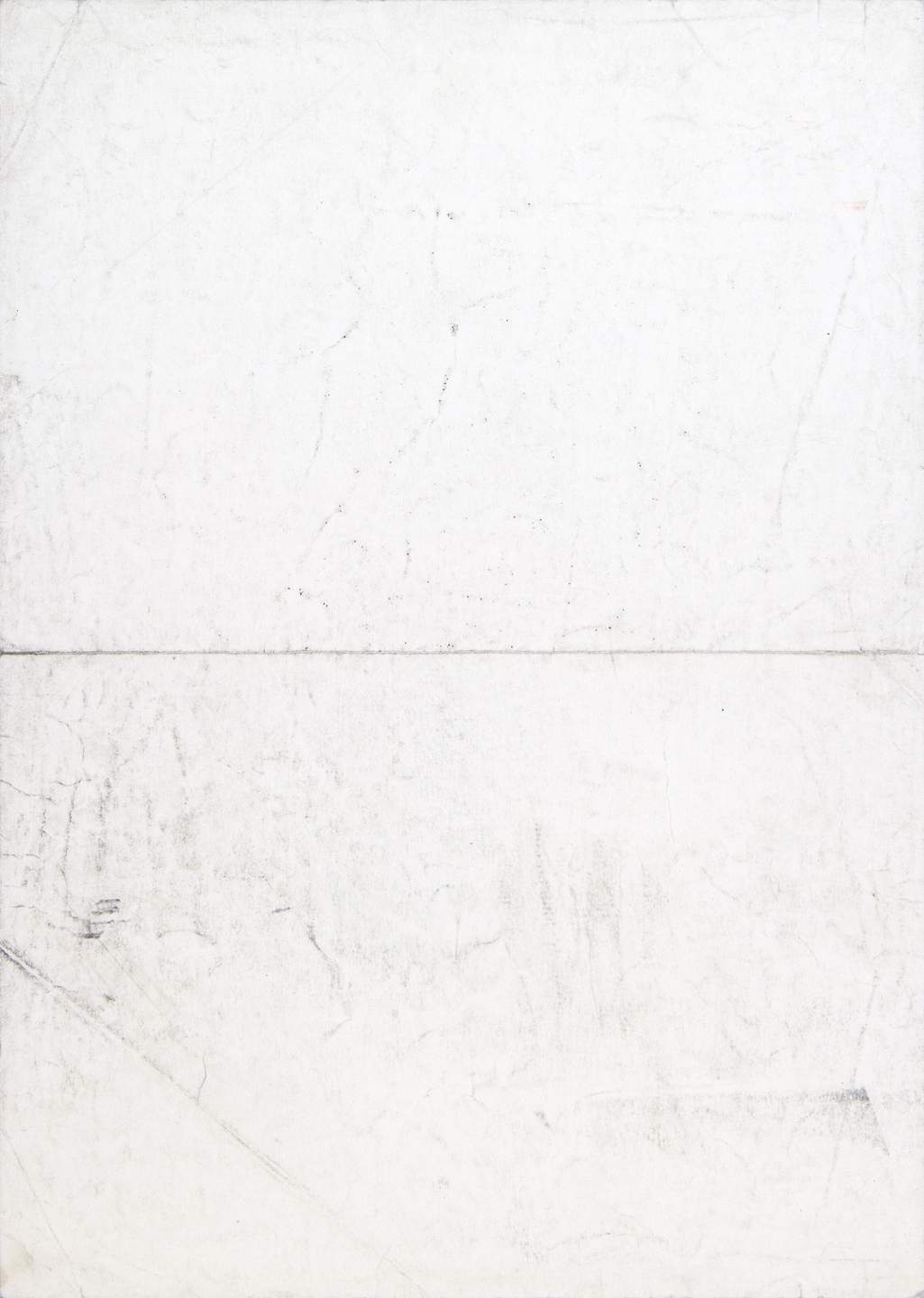 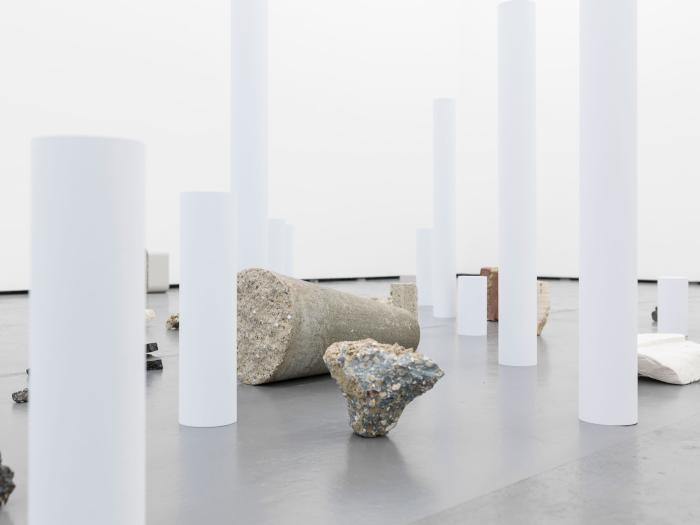 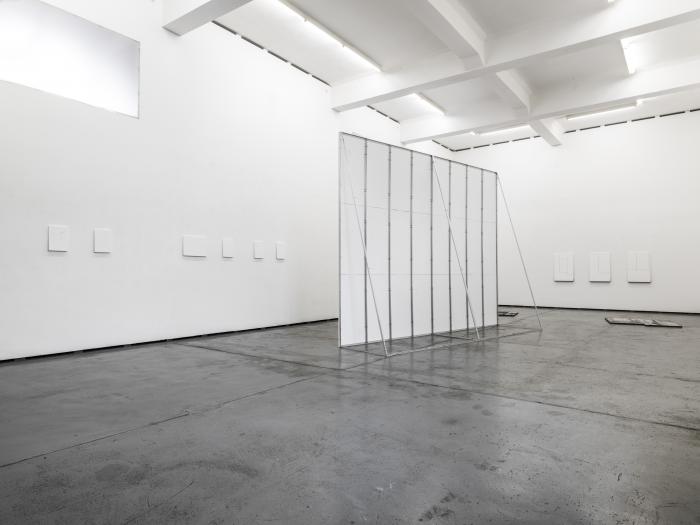 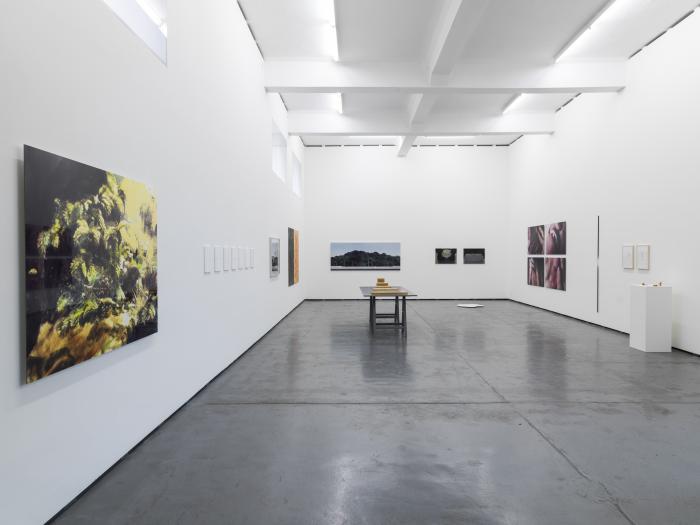