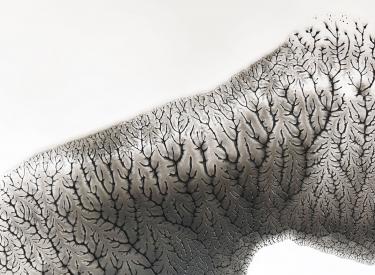 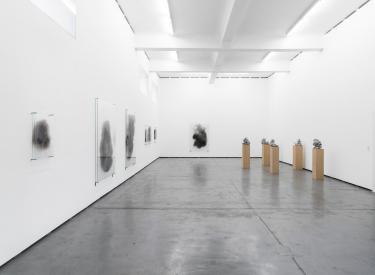 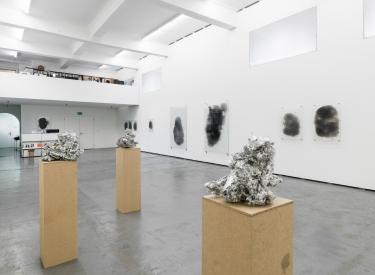 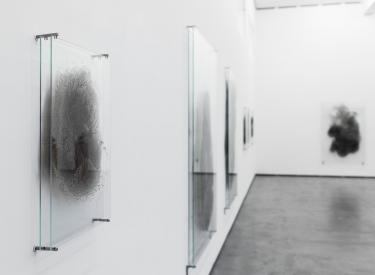 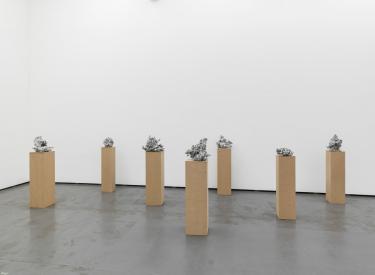 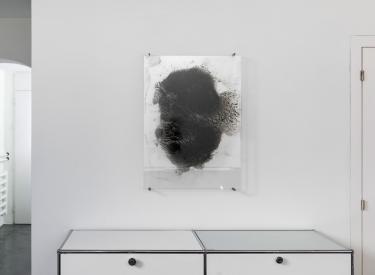 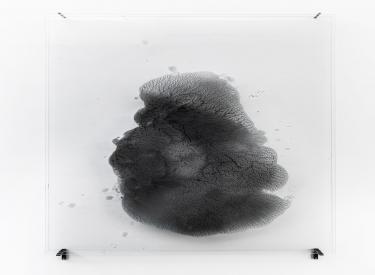 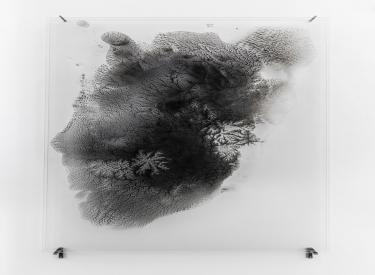 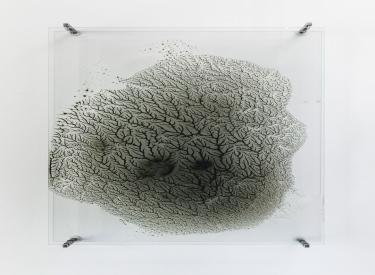 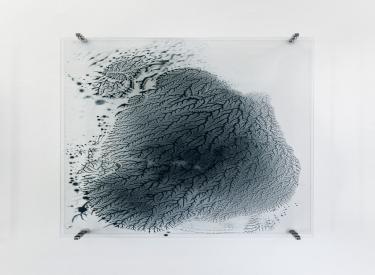 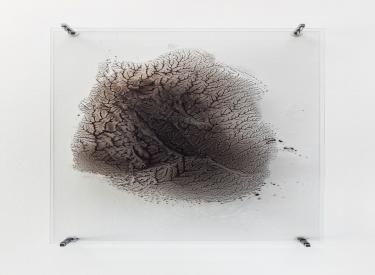 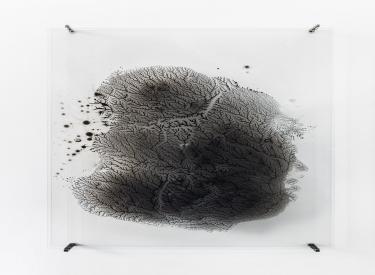 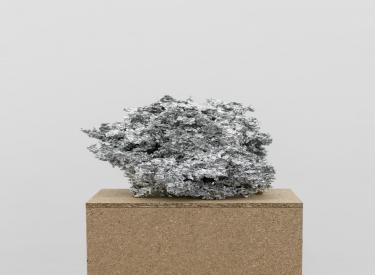 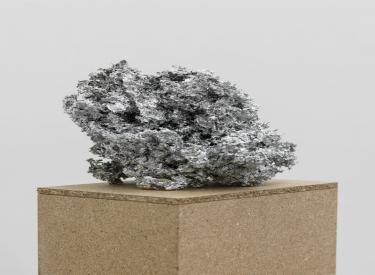 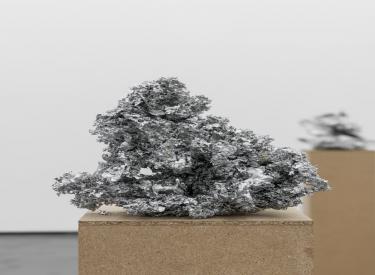 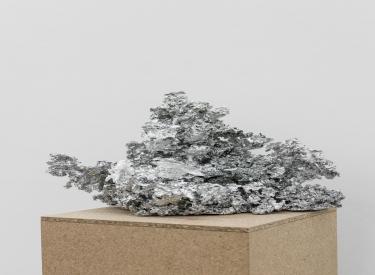 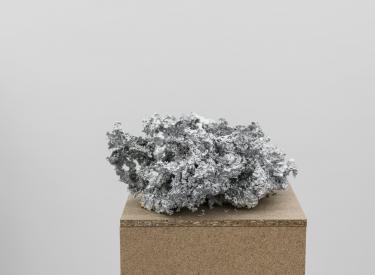 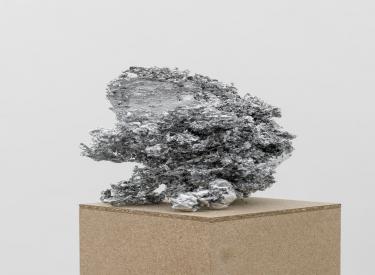 Especially in her videos and photographs, Schenker has always focused on exploring the depths of her physical and emotional states. To render visible what the naked eye cannot see, the artist uses a high-speed video camera which takes 3,000 images per second rather than the usual twenty-five.

‘Echo’ harks back to Schenker’s first exhibition at our Gallery in 2012. Among other works, ‘Stampede’ featured a diary-like piece called ... YESTERDAY ... TODAY ... TOMORROW ...: the india ink lines, drawn by hand, might have given a graphologist an insight into the artist’s mental state, or even into changes in her personality. In a closely related piece, SCHAUM DER TAGE  (‘FOAM OF THE DAZE'), the artist let her thoughts roam freely and allowed her subconscious to create organic two-dimensional circular shapes on paper or textured, almost three-dimensional forms. Did her state of mind express itself in those works, or perhaps in her brushstrokes?

In both of the current groups of works, Schenker again toys with the topic of parascience. In her objects made of tin, the artist’s presence – in an extended sense of the word – is expressed in a physical act: her gesture of throwing a quantity of molten tin into cold water is reminiscent of an ancient oracular tradition. In some parts of the world, New Year’s Eve revellers still throw a spoonful of molten tin into cold water to interpret the small shapes in terms of what lies ahead. Schenker, however, does no such thing. Once her objects have emerged from the explosive event, she does not analyse or interpret them. The delicate structures with their silver sheen make no false claims; they seek no analogies; they represent nothing.

And yet: could not each of these objects be the expression of her physical and mental state insofar as their shapes depend on her physical involvement in the act of throwing the hot tin into the water? Might they not, therefore, be regarded as a kind of artist portrait? Might they even reveal glimpses of what lies ahead?

Schenker’s physical presence is equally essential in her second group of works: here, her spatula is laden with a generous quantity of paint in muted colours, which she applies onto clear glass. Another sheet of glass is placed on top before she adds the weight of her own body. This causes the paint to expand between the glass sheets until it has reached a steady state. When separated, the painted surfaces of the two sheets of glass are reminiscent of the transfer technique, or of the Rorschach inkblot test. In the final presentation, the artist places one sheet a short distance behind the other.

We can interpret the abstract, minimalist pieces in both groups as either micro or macrocosms. Anina Schenker again ‘drops her mask’ in order to explore the depths, peripheries, and limits of her states of mind.